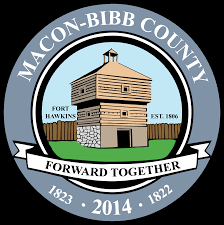 Chris Floore, 3CMA Communicator of the Year and Macon-Bibb County, GA Assistant to the County Manager, reflects on the recent Presidential debates to identify tips for working with the media.

Or…why you shouldn’t watch the early Presidential Debates
Did I watch the Republican or Democratic debates? No. I learn more about the world from playing with my toddler and watching Mickey Mouse’s Clubhouse than from a crowded field trying to shout the loudest, most shocking thing in order to be heard. Plus, everything they say will get rehashed, debated, replayed, analyzed, posted, tweeted, and memed for days and weeks following. Plus, by the time I got to the debates, I was only left wondering if a candidate might actually throw a real punch.

The commercials for the Republican debate leading up for weeks on CNN were billed like a WWE Battle Royal, with an overcrowded ring of people all fighting each other. The ads were all in harsh colors, big and bold fonts, faces of the candidates frozen in anger or half shout…and you were subjected to it every few minutes during commercials and even during newscasts and station marketing promos read as actual news.
Leading up to the Democratic debate, the in-you-face rhetoric was much lighter and seemed to be more issue focused. However, it did promote it primarily as a debate between Clinton and Sanders, with the other three being an afterthought. Which is why I wasn’t surprised not many people had heard of the other three.
But can we blame the media for billing these as major showdowns, even though we’re more than a year from the Presidential election? More than a little bit, but you can also understand why they did it. According to the AJC, CNN went for a three-hour debate (over Fox’s two hours) and charged $200,000 for a 30-second ad, or 40 times the normal value.
Money, it’s a hit
Don’t give me that do goody good bullshit
Pink Floyd, Money
The ratings for the Democratic debate (which wasn’t marketed primarily as a boxing match) saw a significant drop in viewership, according to CNN Money. Viewership was still higher than debates in past elections, but it was still a drop from CNN’s and Foxes’ Republican debates.
So is it the politicians that have brought us to this point? Not necessarily because they’re being forced into a system of communication that demands short soundbites and it’s a digitally connected world where the wrong word in the wrong place becomes the viral headline that is completely out of context.

So do we blame people since we’re obviously tuning, posting, tweeting and talking about it? Sure. Lots of people are watching and talking about it online. Check your feed during the debates…it’s mostly people shouting, “AHA! I KNEW THEY’D SAY SOMETHING DUMB OR SOMETHING I’D DISAGREE WITH!”
We’re all to blame because somehow we’ve allowed it to happen, and it’s filtered down into our local governments. People obviously watched in much larger numbers when the debates were billed as a vicious battle than a debate on the issues. In the ongoing news cycle, the press is always looking for the different angle or the quote that is different than what someone else got…so the misspoken or shocking statement
Politicians believe every reporter is out for the gotcha moment, every reporter thinks a politician is hiding something, and every person thinks the first two are lying to them if they disagree with the story.
You can do better by working with the reporters, though. Most of us, by the definition of emerging, are in our 20s or 30s, or are new to this field. You’re probably in government because you’ve been driven to by a need to change the system for the better after years of being subjected to the above level of political discourse.
Guess what? The same drive you have to do well at your job and to think where you want to be 5, 10, and 15 years in the future is the same state of mind young reporters are in. They’re just trying to cover your government.
What does that mean locally? Go for context and depth, not one-liners, and give the press (and thereby the public) more than empty messaging and statements about what you want to do. Give them the facts, show them how you will accomplish something, keep showing them your plan in action, and then show them that you accomplished what you said you would do.
Government is not a fight to be played out between opposing viewpoints through soundbites and empty rhetoric. It’s about working together in the best interest of the people you’re serving, and people are best served by a government willing and able to communicate effectively over the long-term.
Your communication as an organization and individual should not be a one-time interview, just like your plans to improve government and community is more than a 10 second soundbite. Both are long-term relationships that require ongoing communication, honesty, transparency, and follow up.
Get to the know your reporters, understand their deadlines and jobs, and give them real information, not just what you want them to say. In the long run, they – and the people they reach with their stories – will develop a stronger trust in you, what you have to say, and the organization you represent.