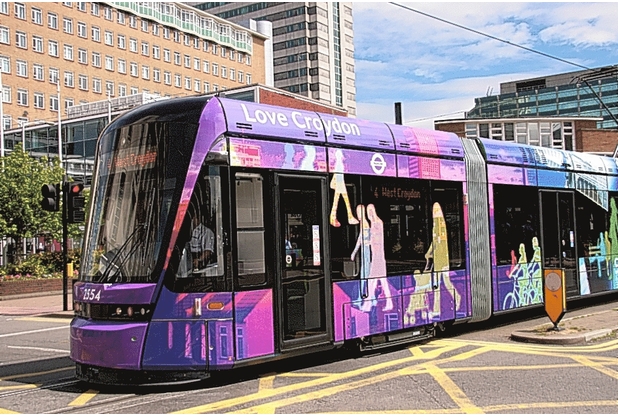 Hayley Lewis is the head of communications and engagement for the London Borough of Croydon. Connect with her on Twitter & LinkedIn.

UK local government communications is amongst the best in the world. Indeed, I’m incredibly proud to work in local government and proud to be in such a major position of responsibility as head of communications and engagement. And indeed, there is a lot of responsibility making sure that residents, businesses and visitors get the information they need when they need it – and in a 24/7 world that can be a massive challenge!
Before I get into the detail, it’s worth giving you an overview of the council I work for. Croydon Council is one of the 32 London Boroughs and we are the biggest, in terms of population. Based in South London, we  have around 3,000 staff serving over 360,000 residents; delivering around 200 services ranging from waste and recycling, to children’s social care, community safety, libraries, town planning, business development and housing to name but a few.  We have the largest youth population and the fastest growing elderly population in the whole of London. We have over 100 different languages spoken. We have amazing transport links – with central London only 15 minutes away by train, and Gatwick Airport 20 minutes away. It is a vibrant place and a very exciting place to be at this point in time, from a communications perspective. There is a lot going on!
So, what has been effective? Well, really knowing our audiences is without a doubt the most crucial for us as communications practitioners. When we’re trying to reach hugely diverse audiences we really need to make sure we understand them – what makes them tick? What kind of messages are most likely to work? What channels are the best ones to reach them?
Provocative messages and images have really worked for us on campaigns where we need people to pay attention – such as our campaign to tackle domestic violence in the borough.  Also, hooking in to popular culture is something we’ve found works. Let’s face it – no-one really wants to spend lots of time engaging with their council (no matter how much we like to think they do), so it’s important we use what people are interested in as a way of hooking them in to listen to what we’re saying.

And finally, face-to-face engagement is vital. In a world gone digital, never has it been a more important time for human connection and we’ve found that with our very successful ‘Purple Tent Events’. We have a giant tent that’s purple (corporate colour) which we put up in the town and district centres and promote our various campaigns and services; as well as provide an opportunity for residents to come and talk to us about the things that matter to them. We can get upwards of 500 people come to the tent in a day.
But ‘what are the challenges?’ I hear you ask. It’s simple. Money!  Local government in the UK is facing unprecedented levels of cuts as part of the country’s austerity measures. Between 2010 and 2015 my council had already cut its budget by 40%. Now we’re looking to reduce by another 30%. This requires a level of creativity and innovation across all services.
Keeping my staff energised and motivated is another challenge. I have an amazing team – people who are incredibly passionate about and dedicated to Croydon and the people who live here. These guys would go to the ends of the earth to get the job done. That can be tough, however, when they’re constantly bombarded with messages about cuts and general doom and gloom. I’ve found doughnuts help!
However, we’re made of tough stuff in local government communications and we love, love, love a challenge. A challenge is merely an opportunity isn’t it? And for us, the biggest opportunity has been to hook into the digital agenda. This has to be the most significant trend.
Indeed, my role encompasses digital – I’m responsible for the council’s website and social media services. We’ve done some really great stuff in the last 12 months and there’s more to come. For example, we launched an online newsroom on WordPress (completely free); launched our new website which has over 4,000,000 visits per year and now yields income through advertising; launched our online consultation and engagement platform ‘Get Involved’ ; and launched an app for staff so they can access news and contribute ideas wherever they are.
Moving forward, we’ll be doing work using gamification as a way to get residents and staff engaged with council campaigns and services.
As well as digital media, another trend is generating income. Part of my service is already a commercial unit – a graphic design consultancy. In addition, I’m now leading a programme on using the council’s estate (highways, buildings etc.) for advertising and sponsorship. This includes major digital advertising infrastructure. This is really exciting and a huge learning curve personally.
For those of you now thinking about working as a local government communicator, here are my top tips:
Be interested in everything – the more curious and questioning you are, the better! Read widely, take the time to get to know people who are different from you and share what you know freely.
Look after yourself – everyone will want your time and you’ll also be blamed when things go wrong. Make sure you have a great network, a coach and a mentor. And book regular breaks. You’ll be extra productive and effective as a result.
Be brave – your job is speak truth to power and say the thing that other people daren’t, namely when you’ve been asked to do something crazy that you know will be a PR disaster!
Prioritise, prioritise, prioritise – I’m a big fan of late, great Stephen Covey and his prioritisation matrix. Really focusing on what’s important has saved me from the tyranny of the urgent (or rather the tyranny of other people’s urgent!)
And in the words of Peter Parker’s uncle, in Spiderman, remember that “With great power, comes great responsibility”. Use your power and influence only for good and you’ll be fine.