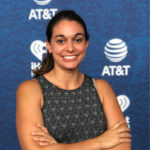 With over 300,000 shelter pets dying each year in Texas alone, American Pets Alive! (AmPA!) believes that animal sheltering in our country is in a state of crisis. Across the country over a million pets face unnecessary deaths due to lack of education, tools and resources available to animal shelter staff.

These shelters, often run at the city or county level, often have limited budgets and few educational resources. Yet, they face the full  backlash from members of the community and media who rightfully expect better treatment of homeless pets in their area.

The challenges faced in the animal shelter world is a community problem, and one that countless organizations are struggling to solve. In 2008, a non-profit animal shelter Austin Pets Alive! (APA!) set out to change that through their partnership with Austin’s municipal shelter.

Today, APA! has saved over 60,000 lives and led the success of the largest No Kill city in the nation. The City of Austin saves over 98% of the dogs and cats that enter its animal shelter and is consistently rated as one of the most pet friendly cities in the U.S..

The American Pets Alive! Conference strives to spread this success to communities across the nation. Today, the conference has grown in size from year to year, with more than 600 attendees in 2017 and is known as the nation’s premier No Kill gathering.

The 2019 American Pets Alive! Conference will be held February 2-4 at the AT&T Executive Education and Conference Center in Austin, TX and will showcase the proven, teachable solutions that Austin Pets Alive! and Austin Animal Center have used to create the largest No Kill city in the nation for seven years running. Register today, and walk away with actionable tactics for your community.

“This is the only conference where every session has a direct impact on lifesaving. Thanks to the lessons I learned at AmPA!, my shelter is going to end the year having saved 90% of the 17,000 pets who come through the doors,” says Kristen Auerbach of Pima County, AZ.

This conference in unique in its content- rich, hand-on approach to learning key programs that save the animals most at risk for unnecessary euthanasia: neonatal kitten, dogs with behavior issues, cats with ringworm, and more.

The conference gets specific and tactical, but also teaches strategy, budgeting and leadership principles. Local leaders can learn more about how to leverage public-private partnerships and how to capitalize on community support.

Jena Healy of Lincoln County, NC calls the conference “Life altering,” and says “[t]his conference gave me the courage to take my concerns and goal to the public and was directly responsible for my community becoming a No Kill Community.”

Community leaders who oversee animal services have a duty to send their staff to the American Pets Alive! Conference Feb. 2-4, and those who don’t have that power to do that can start by being advocates in their community and supporters of innovation in their city’s shelter.