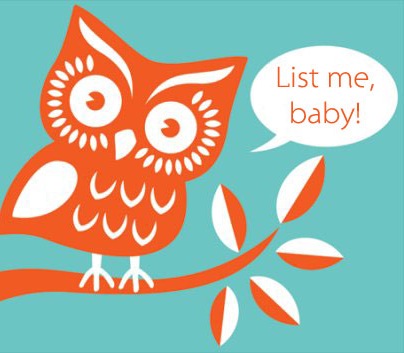 ELGL member Luke Floyd (LinkedIn and Twitter) writes about the tricks-of-the-trade of social media. Luke Floyd works for BoardSync and is writing a book about advancing your organization via social media.

When it comes to curating content and finding prospects to share it with, sorting through your Twitter feed can make you want to pull your own hair out.  Depending on who is running your follow/un-follow strategy, you might never know who will show up in your Twitter feed.  As a result, sorting through the mess of semi-related content becomes a time-waster and kills your desire to use Twitter.  Who wants to read about that lowly data scientist’s fiasco with (name redacted) airline, when he’s only showing up in your feed because he tweeted about #bigdata once!

Lists keep you sane; you need to have a way to corral users into a single area, so that you can easily glean information.

For prospecting, curating value-adding content, and target research, using Twitter lists through an automated process is absolutely essential.  As a brief background, Twitter lists have a few different components.  (As we say in the military, I’m going to break this down Barney-style for you, so if you already know how to create/maintain lists manually, feel free to skip ahead.)

Note: ELGL has a number of Twitter lists including one with each of our members who are on Twitter. We also use Twitter lists for conferences that we attend or host.

Users can be placed on a list manually or through the use of automation.

Pretty simple, no?  As you can see, that process was pretty involved, especially if you’re trying to add 300-500 people to lists at a time.  As such, automating this process is an absolute must.

Whether it’s competition, conversation, or prospects, having a single list to turn to can easily help you manage your time and content wisely.

When automating the basic tasks in my social media life, I choose “If This Then That” (I have a whole post about the tool).  If This Then That (IFTTT) is a solution that provides output actions based on pre-defined input triggers.  It has a lot of cool features, from automatically turning your phone to ‘vibrate’ when you get to work or automatically logging receipts in Gmail to a spreadsheet for tax season.

Since I’m in govtech, I’ve built a recipe that I find suits my needs

To use this list, simply change it to the search parameters you need and turn it on.

Lists can be public or private; when creating the list you decide the privacy setting.  There are only a few scenarios where you want to make a list private; we’ll discuss those in a bit.

Public lists are great in establishing thought leadership.  Want to be known as the gal that really excels at Hadoop? Create a list with only the top Hadoop innovators on it; as people recognize the value of the list, they will subscribe.  Each subscriber is not only another potential addition to the list, but can also be a prospect, depending on your business model.

Public lists can also be used to solidify branding.  Let’s say you’re a company that sells an outbound sales tool.  All of your employees are potential advocates, so having a list that people can subscribe to is great for helping them get the full picture of your company.  It also gives you a list of (hopefully) great content, which could attract people for the thought leadership mentioned above.

Private lists are generally used to monitor prospects, competition, or content unrelated to your brand.  If your personal brand revolves around social media marketing, but you happen to be interested in banjos as well, you don’t necessarily need to set up a completely separate twitter account in order to enjoy your banjo nerd-dom; just make a private list that you peruse when you get the itch!

Twitter lists are an easy entry into building up your credibility as a thought leader or subject-matter expert.

For more complex uses, though, private lists are great at monitoring competition. This not only gives you the capability to see what content they’re promoting, it also allows you to monitor their conversations with potential deals. If they’re in a spat about their customer service with a ticked-off user, you could swoop in and save the day.  One drawback to this is that you’d have to manually place each competitor that matters to you onto the list manually.

Give the current setup of Twitter, lists are the only way to use the platform in a time-efficient, sanity-saving fashion.  Until it develops a ‘hide posts’ function similar to Facebook’s unfollow, building and maintaining engaging lists is your best next option to make Twitter work for you.