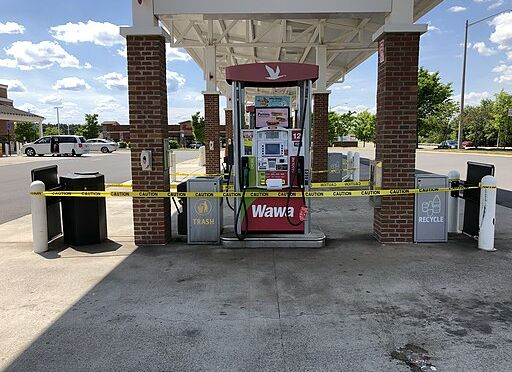 In what felt like an eerie flashback, the scenes at the gas pumps following last month’s ransomware attack on the Colonial Pipeline resembled the gas crises of the 1970s: long lines and panic in reaction to a gas shortage.

This begs the question: Over the last 40 years, have we become better able to respond to disruptions and to flex our muscles during a crisis? Unfortunately, the Colonial Pipeline incident tells us we still have a long way to go. To better withstand a crisis and eventually thrive despite inevitable disruptions, organizations – especially local governments – must build and lead “anti-fragile” institutions.

The concept of anti-fragile leadership is rooted in the notion that organizations can recover and improve when they face adverse events. In essence, they show resilience, but also true progress. On one end of the spectrum, a fragile organization is vulnerable to disruption and breaks

The Colonial Pipeline debacle provides an important opportunity to reflect and learn. While it’s imperative for all levels of government and private companies (especially those in charge of critical infrastructure) to implement cybersecurity and other best practices, disruptions can never be fully prevented. Instead, organizationally we need to adapt and learn from disruption in ways that support a mission of anti-fragility.

How does this apply if you’re leading, for example, Roanoke, Virginia? While a municipality probably can’t stop a cyberattack on a privately owned pipeline, it can lead by enabling its communities to manage the fallout from such an attack and become stronger.

A local government can move toward a model of organizational leadership that is more open to outside information and thus more able to be flexible and to adjust with changing external conditions. In practice, disorder provides opportunity for learning, overall resilience, and improvements to the status quo.

A perfect illustration of anti-fragility during the pandemic was the quick transition to remote work in private industry and throughout all levels of government. Productivity remained consistent with or exceeded pre-pandemic levels, while innovations in online technologies and efficiencies proliferated. Many workers enjoyed more time at home, the elimination of commuting, and a greater work-life balance. In many instances, companies were able to realize cost savings. The result was an overall improved state, and many organizations will continue to offer a remote work environment because of this transformation.

So, how can you build an anti-fragile organization or government entity? Leadership concepts from retired Gen. Jim Mattis, built on fundamental Marine training as detailed in the book Call Sign Chaos: Learning to Lead that he co-authored, provide an instructive, immensely helpful roadmap:

Commander’s Intent. The leader identifies the end state he or she wants to arrive at and maintain. This focuses on what is wanted as opposed to how to get there. In local-government administration, this means identifying the ideal community conditions to achieve and maintain. Examples can include safe streets, safe drinking water, or safe schools. These desired end states must be communicated to the people working for you, so they are clear about the mission.

Fire and Move. The main concept here is that you can’t stay where you are – you must keep moving, keep shooting. If the desired end state is known (Commander’s Intent), you do what needs to be done to get you there. As applied to local governments, you need to do things every day – little things that move you in the right direction to achieve an ideal end state. These include innovations, pivots, and other steps that incrementally move you closer to that end state.

Reward Aggression and Initiative. Leaders must recognize and reward people who work hard, take on difficult tasks, and innovate new or novel approaches, allowing an institution to be better at its mission. In local government, adapting this strategy creates a proactive, dynamic culture aimed at improving conditions rather than a passive, reactive one that merely maintains the status quo.

If a local government can follow and implement these steps, it can build an anti-fragile culture better able to nimbly respond and grow stronger in response to inevitable disruptions. As Johnny Cash once said, “You build on failure. You use it as a stepping stone. Close the door on the past. You don’t try to forget the mistakes, but you don’t dwell on it.”

Cash understood the principles of anti-fragility because, in a sense, it was his life story. He learned from it. In just the past year, we’ve experienced a global pandemic, a growing social-justice movement, a contentious and divisive national election, and now an attack on the nation’s largest pipeline. We can become anti-fragile by using lessons from that recent experience to create clear goals, take consistent ongoing small steps toward those goals, and reward initiative along the way.

If you start now, the question won’t be how much weaker the next disruption could make your organization. It will be how much stronger it will be on the other side of it.

WANT TO READ OUR FULL NEWSLETTER?