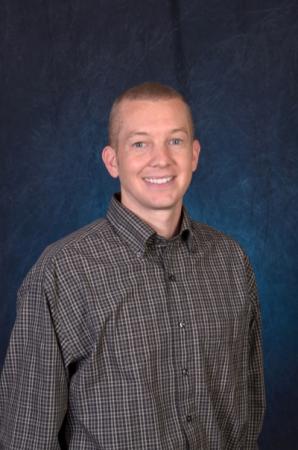 Scott has experienced many facets of local government and the highs and lows that go with serving the public. He spent the first part of his career focusing on titles, credentials and achievements but realized that there was something much more significant. He found that his real passion is developing the next generation of leaders.

Scott has discovered that the city managers of tomorrow have incredible potential and an amazing opportunity to significantly improve the governance of local communities. His mission during the second half of his career is to show them their potential and help them become wildly successful.

The City of Kyle is a south Austin suburb of roughly 50,000 people. It is one of the fastest growing cities in America and sits strategically in the Innovation Corridor between Austin and San Antonio. It is the Pie Capital of Texas and home to the annual Pie in the Sky festival. Kyle had just over 5,000 residents in the year 2000 when it adopted its city charter.

Metallica, Tool, Weezer, Nirvana, Smashing Pumpkins, or any other great rock band from the 80s & 90s.

….live life to the fullest.

At age 12 I wanted to join the CIA. However, I ultimately married a woman that did not want to raise our children overseas. I floundered throughout college trying to figure out what I wanted to do.

I had six declared majors and ultimately decided on Recreation Management as an undergrad. When I realized I wouldn’t be able to provide for a large family on a small salary, I decided to go back to grad school.

I had never really heard of a city manager before, but was desperate for a career. I started reading the graduate course catalog starting at the beginning.

Several hours later I reached Master of Public Administration and it contained words such as altruism, service, giving-back, community, etc.

These words spoke to me and I knew this was what I needed to do. I had a year-long internship during the MPA program as a budget intern, and ultimately landed my first full-time job as an assistant city manager for the City of Centralia, Illinois.

I used to see employees as a means to an end and not as people. Through several challenging experiences I learned to appreciate them for who they are. I now take a much more active and emotional interest in their well-being, families, and goals. This has been part of the process of converting from a manager to a leader and friend.

By getting as many people as possible to tell our story and share our vision. We need to turn our citizens into brand ambassadors by sharing the brand as much as possible.

Absolutely! I encourage everyone I know to pursue a career in local government. It is not always easy but it is definitely rewarding. There are few careers where you can make such a difference in the lives of so many people.

In a sentence, tell us about the City Managers of Tomorrow Committee.

A TCMA initiative that bridges the gap between the local government and education sector through a consolidated internship portal, managers in residence, intercollegiate bowl, and #ELGLInspire events.