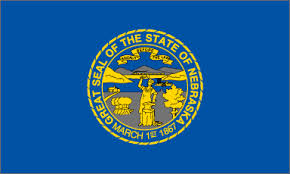 Our Take on Nebraska

“Omaha, somewhere in middle of America….” is stuck in our head as we journey to Nebraska for the 50 Nifty. Along with this well-known Counting Crows song, Bruce Springsteen sung about Nebraska in the aptly named song, “Nebraska.” We were unable to land Adam Duritz or Bruce Springsteen to guide us through our visit to Nebraska so we turned to the next best person, Larry Burks, Bellevue assistant city administrator. (Yes Washington state, there is another Bellevue.)

Nebraska carries the label of being one of the nicest, poliest states. How do we know this? The politeness of Nebraska Cornhusker fans has been well documented through the years. This does beg the question whether the other 49 states are just really rude. We’ll leave that discussion for another time. In spirit of the recent Thanksgiving holiday, we give “thanks” to Nebraska for enriching our pop culture with the College World Series, steaks, Kool Aid, and Berkshire Hathaway

But more importantly, we must ask what has Nebraska brought to the government arena. Gerald Ford was born in Nebraska but quickly moved out of state. Williams Jennings Bryant, who represented Nebraska in Congress, ran unsuccessfully for President three times. The most unique takeaway about Nebraska which you can use at your next dinner party is Nebraska is one of two states (with Maine) that allow for a split in the state’s allocation of electoral votes in presidential elections.

With Nebraska being known as a “polite” state, they must be free of strange laws, right? Wrong, here are a few of the more interesting laws found in Nebraska.

Under Larry’s leadership, the City of Onawa has received nearly $1.5 million in grant funding to help reduce the tax burden on the community and he is currently managing the planning and development of a forty-six acre industrial park and Onawa Iowa’s Downtown Beautification Project. Burks has also created infill housing opportunities by eliminating nearly twenty dangerous and dilapidated homes.

Larry is a former commercial printer who moved to Omaha in 1991. After enrolling at the University of Nebraska – Omaha in 2001, Burks received a Bachelor’s Degree in Environmental Studies – Geography & Planning option from the UNO Honors Program in 2005 and was selected to represent the program at the Student Honors Convocation to receive special recognition for outstanding performance and potential. Burks continued his education and received a Masters Degree in Public Administration – Public Management option in 2007. In 2011, Burks received his professional certificate in Community Economic Development from NeighborWorks America Organization.

Bellevue (population: 50, 137) is a city in Sarpy County, Nebraska.  Eight miles south of Omaha, Bellevue is part of the Omaha-Council Bluffs metropolitan area. Originally settled in the 1830s, Bellevue was incorporated in 1855 and is the oldest continuous town in Nebraska. The Nebraska State Legislature has credited the town as being the second oldest settlement in Nebraska. It was once the seat of government in Nebraska.

Bellevue’s growth today is primarily due to an expanding economy in the civilian sector. The Kennedy Freeway, a limited-access highway linked to the Interstate Highway System, has stimulated a new building boom. Commercial, industrial, and residential construction are all expanding. During the 1990s, the city’s population grew by 47.5%. Economic and population growth has continued since the turn of the 20th to 21st century.

Best piece of advice from your parents. Don’t lie.

(Complete the sentence) Before I die I want to……. Be in an action movie.

Describe the inside of your car. Cluttered but clean.

What’s the meaning of life? Never stop learning so you can never stop sharing.

If you begin employment in a new community as a manager, be sure to allow ample time to acclimate to the cultural and political environment before projecting yourself. Tacit knowledge needs to be acquired early on to enable a smooth transition.

Yes. My friends will often introduce me as the planner for Bellevue. I have also been asked when I am up for re-election. Too bad I cannot accept campaign contributions.

POSDCORB is a great way to explain quickly much that we do as local government managers.

Would you encourage your family and friends to consider a career in local government? Yes.

drastically changing due technology, a need for financial resources and a need for skilled human capital.