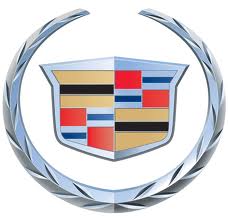 With all the uncertainty around the Affordable Care Act and recent changes to deadlines for insurance enrollment across the United States, readers should stay informed about their coverage options and obligations under the new law. Americans have heard a lot – including two articles from me – about President Obama’s promise that if you like your health care plan, you could keep it under the new law. This promise wasn’t true for some people who had health insurance through the individual insurance market. People who work for state or local governments and those who are represented by a union may be particularly affected by changes to their employer-related insurance. Some changes may be attributable to the health care law’s Cadillac tax on generous health insurance plans. More on that below.

But first, Health Insurance Deadlines as of December 24, 2013 (subject to random changes without notice)

If You Liked Your Plan and Couldn’t Keep It, You Are Exempt

Coming in 2018: Employers Prepare for the Cadillac Tax

Until now, the media has focused on upcoming changes to the individual market for health insurance. This makes sense given that the Affordable Care Act’s primary function is to reform the individual insurance market – and because these individual market reforms take full effect in 2014. But as we move toward 2018, many of us receiving health benefits through an employer will see significant changes.

Background: The federal tax treatment of employer-related health insurance gives people who have insurance through their job a lucrative tax break by exempting health insurance premiums from federal income taxes; in most cases, the federal tax exemption means the cost of premiums is also exempt from any state or local income taxes. Employee compensation in the form of generous health insurance benefits (in exchange for lower salaries) has become the norm for people in many areas of the economy, including the public sector. By insulating employers and employees alike from the true cost of employer health insurance, the tax code encourages some employers and employees to “over-insure.” In turn, over-insured Americans consume more health care services, which can drive up costs for all market participants. Health plan premiums are tax-deductible for employers on their corporate tax returns, and the employer’s typically large contribution toward premiums is excluded from an employee’s taxable income on his or her personal return.

Finally, the share of premiums paid by employees – if an employee pays a portion – is paid on a pre-tax basis and exempt from all federal and most states’ personal income taxes, as described above. (The employee contribution to premiums remains subject to FICA taxes on personal income. However, FICA does not apply to the employer contribution toward employees’ health premiums, because the employer contribution is not considered income.) This tax policy, which is an outgrowth of World War II era wage controls, will cost the federal government over 3 trillion dollars between 2013 and 2019.

Because 60% of Americans benefit from the tax code’s treatment of employer-related health insurance, many people consider it a political third rail. See Barack Obama’s attack ad, “John McCain wants to tax your employer-provided health insurance,” based on a 2008 Presidential Debate:

Instead of addressing the tax treatment of employer-related insurance by reforming the portion of the tax code at issue, the Affordable Care Act created a new, 40% tax on high-value “Cadillac” health plans.  The Obamacare Cadillac tax provides that, starting in 2018, all employer health plans with annual premiums above $10,200 for employee-only coverage, or annual premiums above $27,500 for coverage for an employee and spouse, or an employee and his or her entire family, will be taxed at 40 percent of the premium above the threshold amount. Employers and health insurance companies pay the entire tax, even though it applies to both the employers’ and employees’ share of health insurance premiums. This tax is indexed to the Consumer Price Index after 2020, and the CPI rises more slowly than the cost of medical care and health insurance premiums. As a result, the Cadillac tax will eventually apply to more and more health plans — unless employee benefits are redesigned and scaled back.

Some employers are already taking action to scale back their health benefit plans in preparation for 2018. Deductibles will be increased, co-pays will change, employer contributions to Health Savings Accounts may decrease because those contributions count toward triggering the tax, and networks of providers will be “narrowed” to steer employees toward more cost-effective doctors and hospitals. We already see greater consumer exposure to health care costs and narrower networks directing patients to less costly doctors in Affordable Care Act plans available on the individual market in 2014. We can expect some of these changes to move into the employer market over the next three to four years.

Just like everything else related to the Affordable Care Act, the Cadillac tax is subject to change and may never be allowed to go into effect. A new administration might delay implementing the tax; Congress could alter the tax so that it applies more fairly to plans based on their actuarial value – the expected percent of total health care costs the plan covers – rather than basing the tax on the dollar amount of a plan’s premiums; finally, Congress might repeal the tax altogether. In the meantime, many employers are making changes to their health plan benefits so that if the Cadillac tax does take effect, they will be ready to avoid it. Even if the tax is repealed, changes employers make now are likely to remain.