Heather on the World Wide Web:

Heather Kerrigan is the author of GOVERNING’s Public Workforce newsletter and a contributor to the print publication. the Public Workforce newsletter identifies significant developments and trends in areas related to human resources and workplace practices-from the challenge of dealing with the looming wave of public-sector retirements to the difficulty of recruiting talent from the next generation of government employees. The material is supplemented by GOVERNING’s own reporting and analysis on our website.

In addition to her work at GOVERNING, Kerrigan writes for and edits CQ Press’ annual Historic Documents research series, and prior publications include Retire Rich with Your 401(k), published in 2009 by Atlantic Publishing Company, and various articles for local and national media outlets. Kerrigan is a graduate of The George Washington University, with a journalism and mass communication major and political science minor.

Which three articles that you’ve written are you most proud of? Which have received the most reader feedback?

The topics I most like to cover are the controversial ones, which generally means anything dealing with unions, hiring practices or comparing the public and private sectors, and anything about preparing the next generation of public servants. That said, the recent articles I’m most proud of are:

Fighting to Save the MPA

Keeping Morale Up When Collective Bargaining Is At Risk

Can Public-Sector Job Security Be Quantified?

Reader feedback generally tracks the level of controversy within the topic. Looking at the past year and a half, the most feedback came in response to:

Keeping Morale Up When Collective Bargaining Is At Risk

Can Public-Sector Job Security Be Quantified?

Overall, I’d say no. I think often when you hear people calling government “broken” it implies that it can’t be or won’t be fixed, or, conversely, that there is a magical, easy fix. But I truly believe that as long as governments continue to employ amazing workers who are driven to serve citizens in the best way possible, and have a passion for doing so, things can’t be completely broken. Of course, there are plenty of things in government that need tweaking, but I think there are a lot of innovative agencies, departments, employees, managers, elected officials, etc. out there willing to tackle those challenges. And maybe they can’t fix things immediately, which is one reason I think people are quick to call government broken, but exercising patience goes a long way here.

Your first job out of undergrad:

My first job after graduation was working at GOVERNING. I interned there while I attended The George Washington University and was lucky enough to become a full-time staff member during my senior year.

In your article “Government Unprepared for Boomers’ Mass Exodus” you make the argument that governments have not prepared themselves for the mass retirements in the next few years.  Give our readers three action items to address the situation in their organization.

This list is by no means exhaustive, but I think my first three action items would be:

I also have to add that there are some places that are doing a phenomenal job planning for mass retirements with whatever resources they have. Unfortunately, they’re being hampered by the big unknown that we’ve seen since the recession: when baby boomers will decide to retire.

What songs are on your ultimate playlist?

I’m going to have to go with artists because there are too many songs to list. So…

Complete the sentence – Before I die I want to…..

Live abroad, but not for a change of scenery or learning about a new culture. I’m a media and political junkie, and I’d like to spend time living somewhere else watching how the government works and how it’s covered in the local press.

Ever thought about running for elected office?

Never. I love writing and I think it’s probably more fun to be on the outside looking in.

Which websites do you go to for government news?

Depending on what I’m looking for, I usually go to various local news sources in the state, city or county I’m researching. But for general government news, I visit GOVERNING, Stateline, NASPE, American City & County, Government Technology and ASPA (and their GovManagement Daily newsletter) .

How can government officials make your job easier?

Be honest, responsive and innovative. I think the last one is most important to me. There are a lot of issues that aren’t “sexy” in mainstream media but that doesn’t mean you shouldn’t do it—if it fixes a problem or improves government services, I’m excited to hear about it.

What grade would you give local government for their use of social media?

That’s tough because I think each locality needs to be graded separately. But on average, I’d say a B- or C+. I think some places are really embracing social media and have established great policies that give their employees reasonable leeway to communicate with citizens through various social media outlets. And as long as local governments are being responsive through social media, I think it’s great. But I’ve definitely run across some places that don’t use it as a two-way communication tool, which is where I think social media can really shine. Citizens that use social media to communicate with government, by and large, don’t just want to be talked at, they want an open dialogue on their terms.

ELGL is hosting its 1st annual conference next October in Portland. Give our planning committee three suggestions for relevant topics or speakers.

Heather In the News 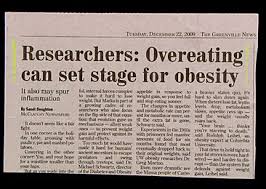 How Did 2012 Treat Public Employees?

Fighting to Save the MPA

Previous On the Public Record Profiles