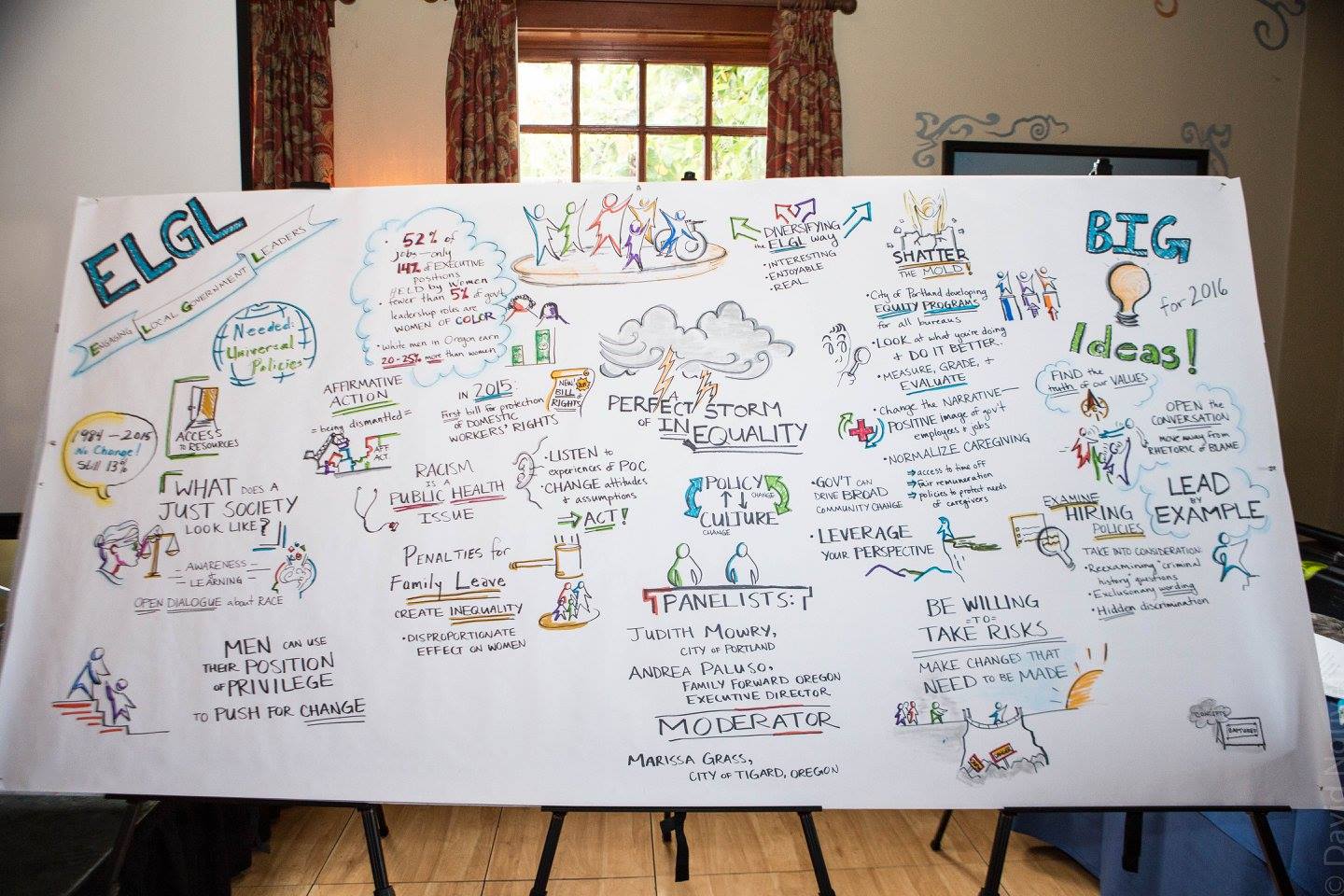 In this five-part series, Christian Williams, City of Goodyear, AZ, opens up about his experience with race.

Disclaimer
Race is controversial topic with many diverging opinions. Knowing that, I feel obliged to start with this disclaimer.  The opinions, in this column, are mine and mine alone. My opinions do not reflect those of my organization, my race, my gender, millennials, or <insert anything else you want>.

A few months ago, I was encouraged to write about my experiences related to race. The task of writing about race is not easy. (Note: the number of ELGL members writing about gender compared to race.) I struggled to develop a starting point for my perspective. Finally, on a random Saturday afternoon, I got the push that I needed. I began engaged in a conversation about race while visiting my “third place,” a place that isn’t your house or office but a place where socializing occurs.

At one point in the conversation, one of the participants turned to me and remarked that, “you probably don’t experience racism in this day and age.”  The person continued with “back in my day black people were treated horribly and yada yada.”

With this conversation fresh in my mind, I sat down to write about my experiences with race and the lessons that I have learned. My experiences are articulated in five short articles that encapsulate the view from my lens.

First of all, a few general comments about myself.

I am an only child, raised by my mother, who is also black. For six or so years, I had a white German stepfather in my life.

I was born in Florida in 1987. Since then, I have lived in five states.

I spent most of my formidable years growing up in a cul-de-sac in Peoria, Arizona (16 miles NW of Phoenix). If you look at this cool map that shows every person, by race, in the 2010 Census, you will notice that Phoenix, compared to the 10 largest cities in the U.S, is less segregated than most.

I am fortunate to have grown up in a city where different races lived together and were not separated by barriers such as railroad tracks or roads. This environment shaped, for better or worse, my views on race.

I am slightly embarrassed to tell this story but hopefully you will benefit from my embarrassment.  My first impactful experience with race occurred subconsciously with the aid of popular culture. Many children have probably shared a similar experience – you watch a few televisions, read a few books, and then begin forming opinions of people, places, and things.

For me, “Cops” was one of my favorite television show when I was a five year old.

My love of “Cops” became apparent when my mother took me to a doctor’s appointment. While we were in the waiting room, I was rummaging through the random magazines, and as I was flipping through one of the magazines, I spotted a black man and quickly noted to my mom, “THAT’S the bad guy!”

My mom, surprised by my comment, asked why I thought the black man was the bad guy. My reply, “Cops.”

Whether I realized it or not, I had been influenced by my hours watching Cops. So much so, that as a black child, I had come to associate people of my race as the bad individual; disassociating even myself from the situation.

The fallout from my “Cops” brought many repercussions, including not being able to watch the show again. More importantly, my comment had forced my mom and I into a long conversation about race and how my perception of reality should not be based on a television show.

‘Cops’ is one example of a television show that portrays black people in a negative light and further misguided stereotypes.
I reflect on the “Cops” incident today and I realize the huge influence the media and popular culture can have on our society. Children, of all races, are forming initial opinions of each other based on what they see in cartoons, movies, and books.  Unfortunately, not every child has a loving parent to help them decipher fiction from reality.

Through my lens when I watch TV shows or movies, many black characters don’t accurately represent me or my culture. However, I am blindly tied to the characteristics of these black characters. COPS, Black Entertainment Television (BET), and rap music are not representative of the entire black community. I am acutely aware of the existing characterizations and face them every day.
I do not have an easy solution to cracking the hold that the media has over children (or adults for that matter), but I continue to ask myself, and pose to you, “what are you going to break down these stereotypes?” or as “Cops” would say “Whatcha gonna do?”