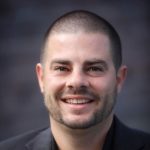 Paul finds a way to turn ideas and visions into thoughtful and creative new projects. He is overseeing millions of dollars of community improvements but finding ways to do it all with both the highest quality and with limited funds. He’s the kind of leader that elected officials dream about having on the team – he just gets stuff done!