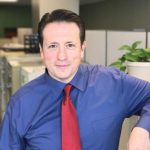 Dan Bagley has devoted the last 15 years in service to the City of Raleigh (North Carolina). When he first joined the City, he was a Community Center Director and managed 3 parks and 2 indoor facilities. In addition to planning programming and welcoming citizens, Dan created an atmosphere that was welcoming to children who needed a safe place to grow, develop and feel valued. He fused his love of programing with his love of people to ensure that the environment was reflective of the diverse citizenry it was designed to serve.

In his current role, Dan serves as a Community Relations Analyst and oversees several programs in the Housing & Neighborhoods department’s Neighborhood Enrichment Services division. One of his flagship programs is the Citizens Leadership Academy. Citizens Leadership Academy is a series of classes offered each spring and fall to help Raleigh residents develop skills as neighborhood or community leaders. He develops and updates curricula, identifies guest speakers, and delivers world-class training to attendees. Instead of allowing the pandemic to interrupt the academy, Dan quickly took the program online, which equipped more citizens with the tools needed to serve and lead. Some of his students have used his training to take on leadership roles within City boards and commissions.

During the pandemic, he came up with the idea and helped develop self-guided tours of amazing Raleigh sites to help people get out of their houses while remaining safe. Dan worked hand in hand with the city’s Raleigh Digital Connectors, a youth group within the cities Digital Inclusion Division, and the Greater Raleigh Convention and Visitors Bureau who created the maps. The self-guided tours showcase some of Downtown Raleigh’s most visited attractions, historic sites, and beautiful parks; each tour was narrated by the Digital Connectors. The program was so well received that it won the City of Raleigh’s Big Ideas Challenge in September.

As a colleague, Dan has developed a reputation as a team member who will step in to help anyone. He recently helped a colleague pivot an event to a virtual format by assembling an entire team to test and support the program in advance of its live debut. He has also stepped up to take over initiatives that have a direct benefit to citizens but did not have dedicated staff to keep them operational. One such initiative is the Connect Raleigh Series. The program features local and nationally known experts who speak about innovative topics and trends happening in Raleigh. Current topics that are in development are on Food Insecurities, Changing Behaviors in Transportation, and Closing the Digital Divide.

Whether he is at a community event passing out information, talking with leaders in local neighborhoods, or building relationships with outside organizations, he’s a perfect representation of what local government is doing right. His hard work, creative thinking, and unparalleled humor make him a pleasure to work with daily.

I am appreciate having Dan as a colleague. He will always stop what he is doing to help. He also brings the “funny” to stressful situations and helps us to push through challenges.