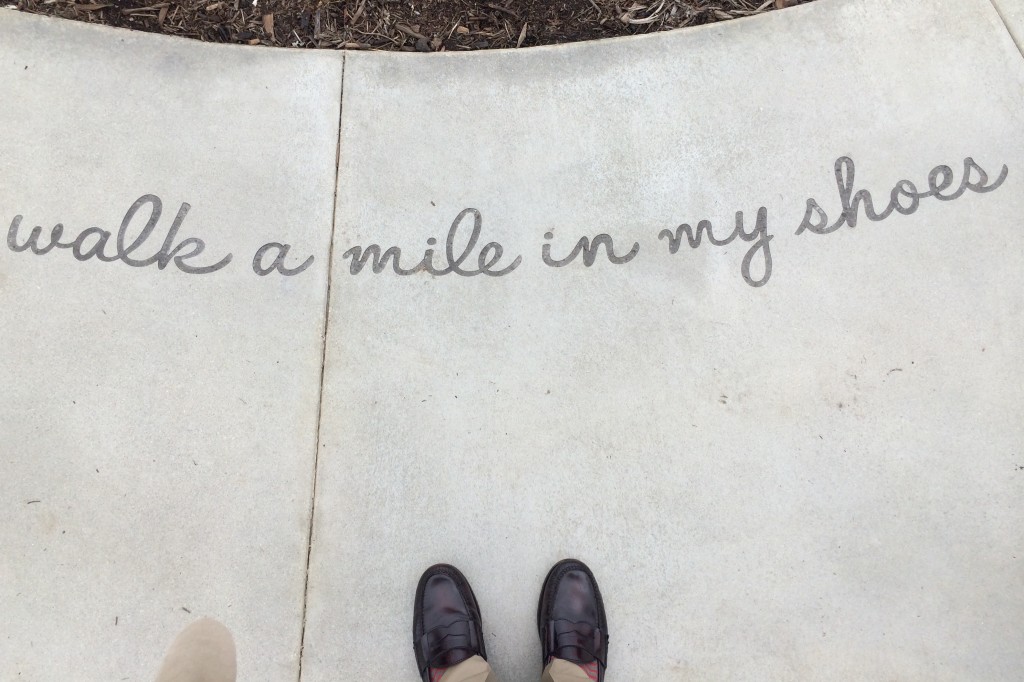 If you can't fly then run, if you can't run then walk, if you can't walk then crawl, but whatever you do, you have to keep moving forward. Dr. Matin Luther King, Jr.

Growing up I used to despise these conversations as I was often left frustrated and felt deprived of my voice. I was not made to feel this way by my mother, but by the answers, or lack thereof, that she was giving me. As my mother tried to prepare me for what was to come my way, she could only do this from the perspective of a white woman who never personally experienced the trials she knew I would face. She shared what she observed and experienced as a white mother raising a biracial daughter. My mother was the first to deconstruct the multi-faceted conversations around race and racism to me when I was 5. To this day, I remember how surprisingly simple these conversations were and this is why I think I struggle with these conversations so much today; because they are far from simple.

To give an example, when Cheerios came out with their simple, short biracial family commercial in 2013, I was elated to see a company of that size acknowledge a family to which I could relate. It didn’t take long for family and friends to see the resemblance in my baby pictures and the little girl in the commercial, to see the similarities between that little girl and her mom’s engagement to how my Mother and I would talk when I was that age. While my friends and I thought it was a positive, and heart felt, commercial many of us knew it wouldn’t be long before the simple message of familial love would open the door to a larger more complex conversation on race. This other perspective became the media’s narrative and that made it a controversial commercial.

When people tell me there is no such thing as racism in this day and age, I often invite them to go look for this commercial and then read the comments. If they are so inclined to dig deeper, I would also invite them to watch it on Youtube just to see the suggested videos that are pulled up and then look at the comments of these videos. While the original commercial on the Cheerios channel has suspended the comment section, as it was no longer family friendly, the comments still plague the overall narrative of this commercials’ story.

What is the story behind these narratives you may ask? The story is that while many want to believe that racism died in the Civil Rights era (1955- 1968) and that we learned from our history’s embarrassing and negative events – after all we did elect a Black President – in fact we are still deep in the grips of a systemic disenfranchised nation. Strong words, I know. When I began this piece, I promised that I wouldn’t get negative. No one wants to hear or read someone’s perspective about the negative aspects of race because that’s all we hear in the news. However, in order for there to be an understanding of what individuals of color go through, you have to hear it all. The good, the bad and the ugly. I have found it’s the only way to begin a thorough discussion about what makes people uncomfortable about race.  I am refusing to stay silent and not talk about my experiences or to listen to others.  In order to learn, we must be open to hearing everyone’s perspectives and experiences. No matter how much we oppose them. We must challenge the societal normative of being racialization and dissect the fears of fragility, vulnerability and confusion discussing race during this tense period of time.