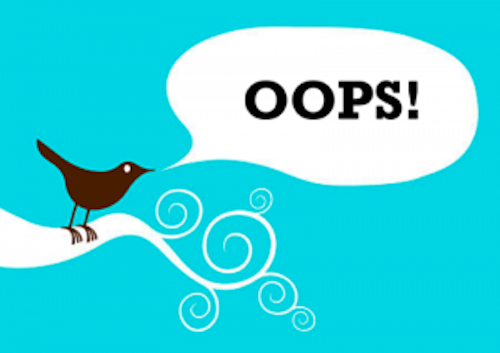 Local government organizations, particularly public safety agencies, regularly feel pressure to get out in front of developing news or trend stories. If it happens nationally, there is doubtless a local angle or message to share with residents. These organizations view social media as a great way to join the conversation – and rightly so.

But over the last few months I’ve seen a troubling, intractable trend that has the potential to get such agencies in hot water. Check out this egregious example, which heaped scorn on the St. Louis County Police Department in the wake of last year’s shootings of unarmed black youth.

I’m referring, of course, to the improper use of the “short readout” or “preview” that appears before the “read more” link on Facebook or Twitter. Let’s be real here — it’s pretty obvious that this post was copy-pasted from Microsoft Word, title and all. The problem is that there’s room for just a handful of text characters before Facebook and/or Twitter automatically puts the rest of the post behind a “read more” link. The short preview can be even shorter when viewing the message on mobile devices! It’s imperative that public safety agencies make the best use of this brief blurb. If not, their message runs the risk of being warped, twisted or redefined by the short bit of text that automatically fills the preview blurb.

In the case of Fenton’s police department, I’d argue that the outrage over their tone-deaf message was amplified by the unfortunate brevity of the preview that appeared before the “read more” link. Take a look at the first screenshot above. There was absolutely no reason why this post needed a title of any sort, let alone something as incendiary as “Kids Will Be Kids.” It’s obvious that this post was composed as a memo in Microsoft Word (where a title makes more sense) and then copy-pasted into the Facebook by a well-intentioned public safety official. As you can see in the screenshot above, the essay itself was unfortunately over-written and under-edited (something I’ve seen public safety agencies fall prey to all the time), but the brief preview really sealed the deal and turned a well-intentioned post into an Internet flashpoint.

Here’s another example of inefficient use of the Facebook preview/readout. The unnecessary dateline further complicates this post. Why are we including a dateline in late December if the post was published in early January, as evidenced by the timestamp in the second blurb below? There is no need to dedicate precious text space to anything except the most important bits of the message.

And here’s another obvious copy-paste from Microsoft Word, with lots of irrelevant information and wasted space.

My advice (which can apply to any local government agency) is to skip the introductory stuff – headline, dateline, salutation, hard returns, etc – as these formal bits have no place on social media. Don’t just blindly copy-paste from Word. Take a couple of minutes and massage the message for your chosen platform. In social media, that means you should get right into the meat of your message ASAP. Assume that the audience is reading your message while they’re scrolling through a newsfeed full of cat videos and baby photos – in other words, stuff that’s more appealing than your humble message.

Do you have burning questions about local government and social media? Email me at [email protected]!