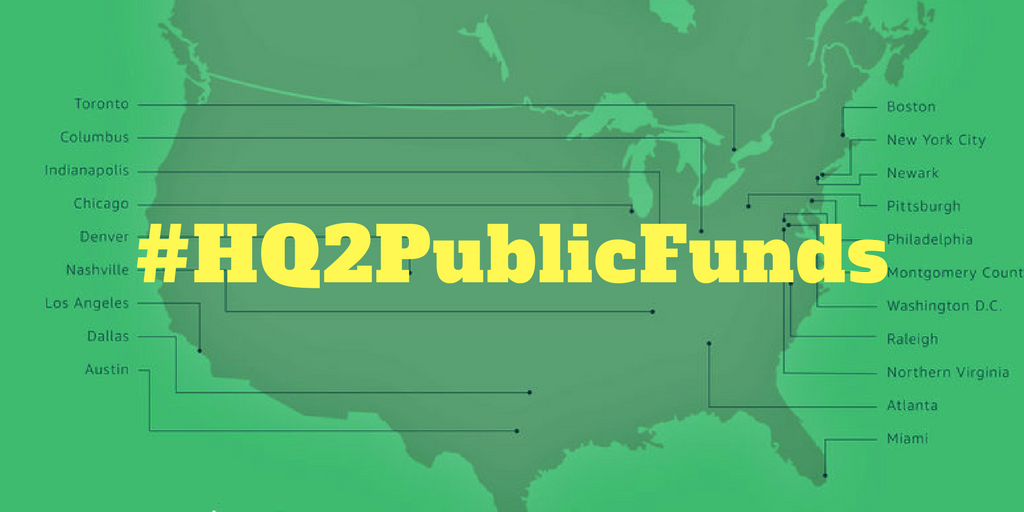 Note: the below petition was organized by ELGL member Richard Florida about the level of incentives and competition offered by cities in the running for Amazon’s second headquarters location, or HQ2. ELGL’s executive director, Kirsten Wyatt, signed this petition, and wants to engage our membership in a healthy debate/conversation about incentives for local economic development. There are a few ways to participate in this conversation:

Questions? Send us an email. We’ll use the hashtag on the blog to categorize all discussions on this topic.

To Elected Officials and Community Leaders of Amazon HQ2 Finalist Cities:
We, the undersigned, represent a broad range of urbanists, urban economists, policymakers, and experts on cities. Some of us are more liberal and others are more conservative. Some of us take a stronger position against the use of incentives; others believe incentives can be used within some reasonable bounds and limits. And, we all believe that business activity and private sector competition help to drive vibrant urban economies by providing jobs, spurring innovation, and generating demand.
But, we all share a concern about the level of incentives and the looming competition between cities over incentives for Amazon’s new headquarters.
Tax giveaways and business location incentives offered by local governments are often wasteful and counterproductive, according to a broad body of research.  Such incentives do not tend to systematically alter business location decisions.

Worse, they divert funds that could be put to better use underwriting public services such as schools, housing programs, job training, and transportation, which are more effective ways to spur economic development.

While we are supportive of Amazon’s quest to build a new headquarters, we fear that the contest among jurisdictions—cities, metro regions, states, and provinces—for this facility threatens to spiral out of control. Already, at least four jurisdictions have proposed multi-billion-dollar incentive packages.

This use of Amazon’s market power to extract incentives from local and state governments is rent-seeking and anticompetitive. It is in the public interest to resist such behavior and not play into or enable it.

We urge you, the mayors, governors and other elected officials as well as economic developers and community leaders of Amazon HQ2 finalist cities, to put an end to such an imprudent policy.
To do so, we call upon you to forge and sign a mutual non-aggression pact that rejects such egregious tax giveaways and direct monetary incentives for the Amazon headquarters.

States, cities, and metropolitan regions should compete on the underlying strength of their communities—not on public handouts to private business.