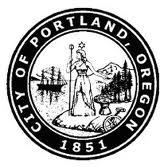 The City of Portland held an event Tuesday, October 22nd celebrating the 100th anniversary of its commission form of government. The event, held at City Hall, provided an opportunity for many to learn, a few to reminisce and everyone to ponder Portland’s rare but long-lasting form of government.

Just how rare is Portland’s commission style of government?

Take a look at the list below from the National League of Cities, which shows the forms of government for the thirty most populous cities in the United States.

Portland State University Professor and published historian Carl Abbott, who lives in Portland, provided the audience a brief history of how the City adopted the structure in 1913. Abbott cited three contributing factors for why Portland modeled its structure like it is:

So why is Portland still operating on a “nearly-extinct” format of municipal government?

Dr. Abbott answered this question simply by noting “Portland hasn’t fixed commission government because the public has never decided it was broken.” Abbott was followed by a number of former and current City of Portland elected officials, who all supported and defended the commission form of government.

This idea of Portland’s commission style of government being unbroken isn’t without controversy or a lack of attempts to repeal the system. Still, people wouldn’t know just how controversial this topic is among Portlanders by attending the centennial celebration. One would have to browse the comments section of  the Oregonian article: Portland’s commission form of government turns 100: What do you think of it? on the topic or come across a citizen activist group like the Woods Park Advocates to discover the issues with continuing to operate with this form of government.

Should Commission Form of Government Live to See 101?

As a citizen, civil servant and emerging leader, I find myself firmly perched on the fence with this issue. I enjoyed the opportunity to learn about my city’s past and respect how genuine yet adaptable it has proven to be. Moving forward, there should be a change to better carry out what is best for Portland and its people.

Share your thoughts in the comment section below. Has the commission form of government worn out its welcome? What’s a better option? Doesn’t matter?