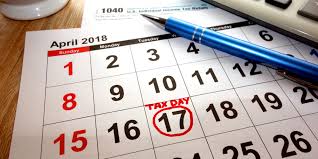 It’s tax day! Hope all you ELGLers were more on top of your taxes than I was this year… just squeaked my return in under the wire. I find tax day conflicting – as government employees taxes and fees are the lifeblood of programming and fuel the work that we do but as a taxpayer I find myself empathizing with those that complain my taxes are too high. That “I pay too much” feeling goes away quickly most years but also provides perspective for those in our community that are firmly in that camp.

As I wrote last time, I work in a small community pretty far from more populated areas. We are a “purple county” but tend to be economically conservative. Combine that fiscal conservatism with Colorado’s Taxpayer Bill of Rights (TABOR) and it’s very hard to add new taxes or increase taxes. That means that services are constrained and we Colorado managers have to get creative with partnerships and other funding avenues.
Prior to moving to Routt County, I was employed at the City of Fort Collins. That community has had a long history of taxpayer approvals for initiatives. Since 1973, the community has been willing to levy taxes on itself in order to pay for priorities. You may wonder how they do it… here are some observations that I learned in Fort Collins and think that other communities can use:

Any tax initiative has to be scoped appropriately to accomplish the goal and you should have an implementation plan before asking for the money.

Fort Collins does a fabulous job in community engagement and seeking input on all manner of public processes. The key here is authenticity – if you ask for feedback be prepared to honor it and do what people want. If you are successful in engaging the community you can increase both the knowledge voters have and their affinity to your proposed ask.

You’ll always have detractors. It’s helpful to listen to them and understand the root of their opposition. Sometimes that root might be NIMBYism other times if you listen you might be able to adapt your package and swing some no’s into the yes column. Gotta be prepared to ask “why” and that involves an honest conversation instead of trying to tell someone they’re wrong.

Colorado communities are barred from campaigning once an initiative has been placed on the ballot. Still, you’ll need to work hard to communicate facts with voters and counter inaccurate ideas. More than ever, the pervasiveness of niche groups and social media means that you’ll be busy communicating the purpose of your tax initiative and facts about what its passage would mean for your community.

You will have to deliver to gain taxpayers’ trust. Fort Collins’ success in tax initiatives is not simply boiled down to one factor but one of the most important ideas is that the city does what it says it will over and over. The city asks the community for ten year tax initiatives with specific projects or goals embedded in the initiative. By being specific the city can measure, track progress and report on each project to the voters. As important, the tax initiatives are limited in term and sunset with completion of the work so voters don’t worry as much about government feeling entitled to the funding.
With each vote, the city and community are forming a pact built on the trust that voters will get what they want based on past delivery.
Enjoy tax day and may all your needs be funded!