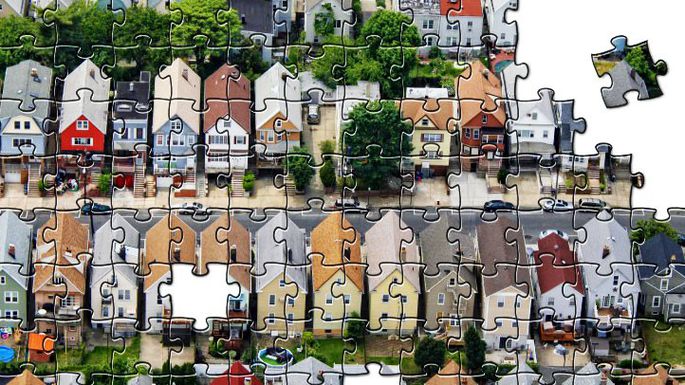 Today is National Night Out! To mark the occasion, neighborhood-sized celebrations are being held all over the country. These potlucks, parades and parties bring people out of their homes and into the streets and parks to mingle and celebrate community pride in where they live.

National Night Out was started in 1984 and has not always been a celebration as much as an occasion for solidarity in taking back the night. At first, the annual event was marked by people simply turning on porch lights and modest gatherings. The initial intent was to highlight community policing programs and allow residents to engage public safety personnel. Still a community building event focused on law enforcement, now millions of neighbors take part in National Night Out across thousands of communities from all fifty states, U.S. territories and military bases worldwide on the first Tuesday in August (Texas celebrates on the first Tuesday in October).

Neighborhoods are where it all happens – this is where most of us live! These are the micro-communities where someone might bend your ear over the fence or in the driveway about what’s happening because they know you work in government. As we all know, neighbors come in all flavors. While you can choose your neighbors a little more than a family member it isn’t always possible to avoid strange or even negative neighbor dynamics. Neighbor disputes are common and commonly over petty things like noise, pets, kids, or the appearance of homes.

A group of pastors in Colorado wrote a book and started a website on the importance of neighboring – both are called The Art of Neighboring. The idea of the book came from Arvada, CO Mayor Bob Frie who met with a group of religious community leaders and emphasized the importance of good neighbors and good neighborhoods in community health. The book is an interesting read but a key takeaways is the block map they created a grid to encourage readers to meet their neighbors and write down their names. This simple act – talking with your neighbors and knowing their names is incredibly powerful… try it!

NextDoor is a great resource for communication that’s deployed to many communities (including mine) as an online bulletin board and communication tool. A nice feature here is knowing where neighbors live relative to you and to track important events

. But of course some neighborhoods have their weird sides – anyone else a fan of Best of NextDoor? Who doesn’t love a random conversation about a lost Roomba or the “strange” things folks see in their neighborhoods?

With National Night Out in mind, let’s get to the real entertainment:

Nosy neighbors have been a cliché for as long as there have been neighborhood developments. Neighbors have been a part of television and movie scripts for decades – Kimmy Gibber in Full House was constantly inviting herself over, Wilson on Home Improvement offered sage advice to Tim Taylor while obscured by the fence, Ned Flanders constantly annoys Homer Simpson with his wholesome positivity (“hi-diddly-ho neighbor-ino”).

So who’s your favorite neighbor character from television or film?