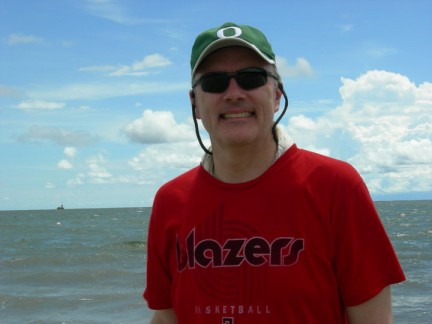 Our first installment of The Assistant takes a look at the career path of David Donaldson, Lake Oswego assistant city manager. David’s career path is full of public and private sector experience including interning for Roger Jordan in Dallas and serving as a vice president of a major recruiting firm. David’s work ethic and integrity is unmatched in local government management. The interview below includes links to several articles on David’s main influence, his father Bill Donaldson who was a city manager for several major cities.

Three career accomplishments you are most proud of.

Became a Vice President in the Executive Recruitment Industry at age of 31 and placed over 200 senior level managers in public agencies throughout the country.

Saved my public sector employers hundreds of thousands of dollars by reexamining and rebidding contracts and agreements.

Hired and mentored multiple employees who have been successful in rising through the ranks in their careers.  Inspired and encouraged them in their development.

You grew up in a local government family with your dad being a city manager. What values did you dad instill in you from his experience? Was he encouraging of your career in local government?

My father was a leader more than a manager.  He saw leadership as an art and surrounded himself with bright capable people and then let them be creative and independent.  He valued diversity before it was a common term and that shaped my views and relationships with people of color.  He believed in giving others credit and thinking creatively about things that local government did that could be done better utilizing technology.  He didn’t push me to local government but he did inspire in me the desire to manage and lead others.  Unfortunately he died of Pancreatic Cancer at the age of 60 when I was only 30 and had not yet left the Executive Recruitment business.

If your child expressed an interest in working in local government, what advice would you give them?

If they wanted to work in public service I would encourage them to focus on local government and not the federal or state government.  I would also encourage them to not focus on extremely large organizations (1000 plus employees for example) which tend to be more bureaucratic, and multilayered with many specialized positions.  My older daughter is currently in graduate school (Information Science) at the University of Washington and is not considering working in a municipal library as she is discouraged by the lack of positions and opportunity given cutbacks and public attitudes toward local government.  So overall I would point out the many positives and balance those with some of the negatives.  The reality is every job and profession has its pros and cons.

Before your career took a turn into local government, you worked as an executive recruiter. Give us three takeaways from that experience.

No matter what the position I recruited for (Public Works Director, Planning Director, City Manager, Finance Director), the biggest problem was finding people who had management and leadership skills.  There were a lot of technically qualified people that really lacked the ability to manage and lead others despite the fact that was a big part of their job.  Great leaders and managers are hard to find.

Second, the best way to deal with problem employees is to not hire them in the first place.  Be cautious in hiring and check references they don’t give you.  And never use reference checking as a final step when you have already made up your mind on who you want to hire. Make some preliminary checks before you get down to one person.

What songs would be on your ultimate mix tape?

I like a range of music so I would have one with bands that are around now like Helio Sequence (Keep your Eyes Ahead), Dandy Warhols (Bohemian Like You), Black Keys (Gold on the Ceiling), TV on the Radio (Second Song) and then a second one with the stuff I liked 20 years ago including Talking Heads, Joe Strummer and the Mescalero’s, Pixies, REM, The Who etc.  And a third that would have all my Jazz and Fusion favorites including Pat Methany, Passport, Myles Davis, Jan Hammer, etc.

Three projects you are currently working on.

Budget is a big process in Lake Oswego.  We are hoping for only 3-4 Budget Committee meetings this year after 6-7 the last two years.  There is a lot of participation, politics, and jockeying.

I am finishing up work with our HR Director on transitioning from five carriers to one in our Deferred Comp program and starting a Fiscal Fitness program with our employees to get them more engaged in understanding their deferred comp options and the need to be more actively engaged in their retirement planning.

Finally, I am working with a small team on pushing Emergency Management in the organization and getting employees and the community to be better prepared if we do have a major incident.

Finding the right work/life balance is a constant struggle for many of us, what is your approach to maintaining your personal life while leading a successful professional career.

One of my favorite sayings is that without your health you have nothing.  At one point in my career I did work 60 hours a week and I returned to that last year for several weeks when I was Acting City Manager.  I think there is a point of diminishing return where working more hours doesn’t pay dividends.  At a certain point you have to put your health first and I am pleased that this year I have focused on doing just that and as a result I have lost 30 pounds and have never felt better. I think the key is managing your time well and focusing on the right things.  There is a lot of time wasted in meetings and reinventing the wheel.

If you were picking a starting five for those who assisted you  in your career, who would be on the team?

I probably won’t recognize most of the people in the business.  Most of the old guard will have retired and I hope there will be a new wave of bright idealists.  I also hope there will be more women and minorities.  I am afraid because of cutbacks and the lack of people aspiring to the City Management job the talent pool will be thin and many of the jobs will be filled from within by department heads by default.

(Complete the sentence) Local government is…… the engine that allows communities to function and flourish.

With the ELGL annual conference in October fast approaching, what are three topic or speakers we should consider adding to the lineup?

Having been on three conference planning committees for three different professional associations and from my experience attending conferences for many years I would take a different approach.  I rarely remember what a speaker says and often tune out if I have heard some version of the stuff before.  What I do value and cherish is the time meeting and talking with other people at breaks and over meals.  I am reading a book by Adam Grant a professor at the Wharton School called Give and Take and I was surprised when it basically confirmed this.

ELGL does a great job of having a wide range of people speak at lunches and I would continue that.  I don’t think the conference needs to be an accumulation or greatest hits version of that or some attempt to add tools to a toolkit.  I would focus on ways to get participants interacting and engaging in conversations that allow them to be active participants and dig below the surface in their relationships with others.

What are your five favorite college mascot names?