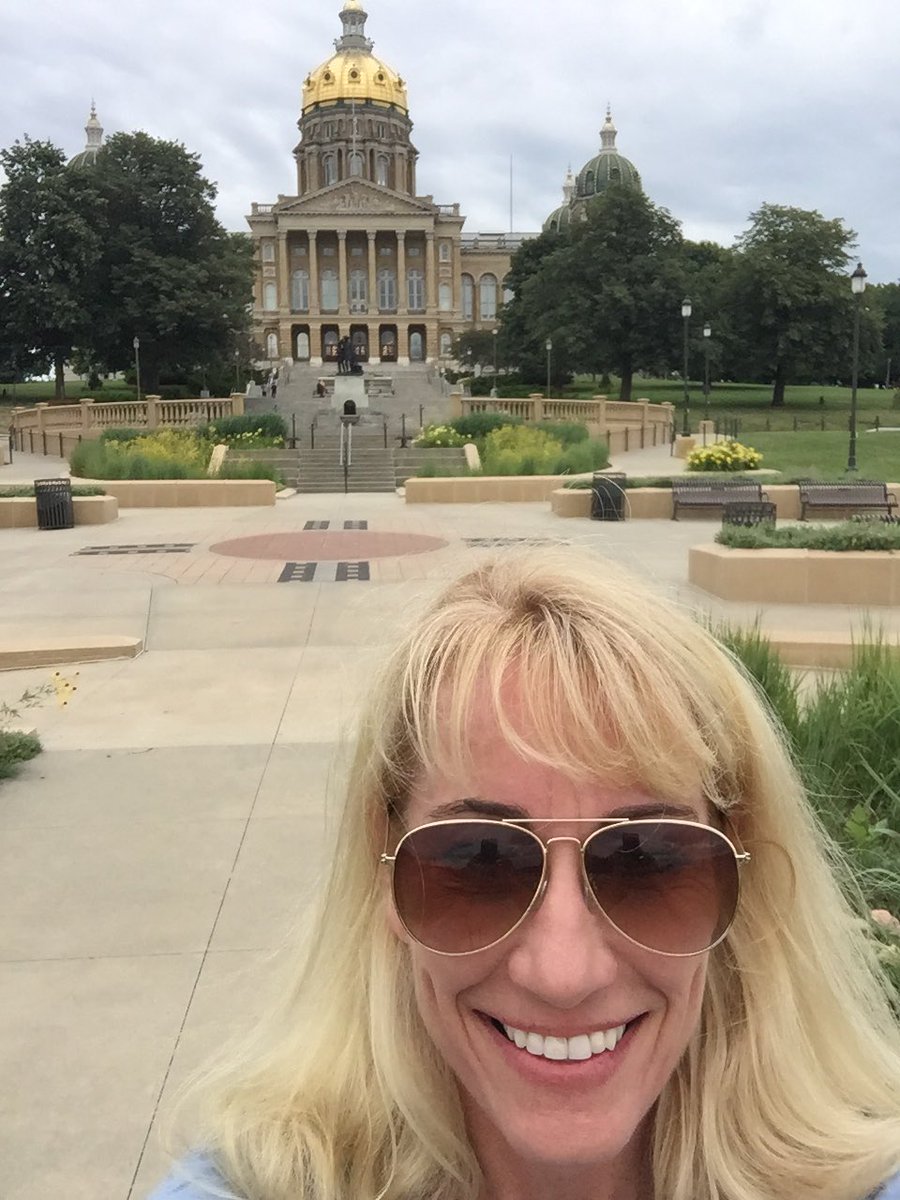 If you haven’t figured it out yet, it’s mentoring month! Yay! Julia Burrows shares her Best-Ever mentor with us in this edition. Connect with Julia on LinkedIn.

Al Johnson served as City Manager of Roseville, CA for 15 years. Al was a leader, visionary, brilliant negotiator, sportsman, gifted storyteller and provided the foundation for my continuing work at the Governing Institute to make government better. I learned so many lessons from him, I kept a notebook in my desk and share the top eight below.

First, some background. Al’s public service career spanned 30 year. He smartly entered the CA Public Employee Retirement System at age 19 as a part-time school bus driver. Following college, he worked in human resources and quickly rose to personnel director, acting city manager, then city manager. He led Roseville during its heyday when the Sacramento suburb was among the fastest growing cities in California by almost any measure –  population growth percentage, housing permits, jobs, and sales tax. Home to the largest railyard west of the Mississippi River, a sprawling Hewlett Packard campus, an NEC chip manufacturing plant, four city-owned utilities, beautiful creeks and parks, and destination retail, Roseville was a blue-collar railroad town transitioning to a high-tech job and retail center.

I was hired as an Assistant Planner in 1988. My first visit to the City Manager’s Office occurred when I had written a comment letter for a landfill expansion; the City just happened to own half the landfill and the Public Works Director was upset that city staff (me), had filed an exhaustive letter detailing the impacts. The letter stayed in the file. My second trip was after a thorough review of the illegal campaign sign locations for a business-friendly candidate. A call was made to the candidate asking him to remove the signs. The most memorable early interaction was after my now-husband and I were reported for kissing in a city car by a meter reader. Laughter at a city dinner that night followed a visit by each of us to the Planning Director’s office for a reminder that’s not what reviewing a planner’s variance meant.

I moved from planner to analyst for all the development departments and worked on special projects as assigned by Al when he needed research or a report written. When expecting my second son, I was looking for a part-time position. Al heard of the search process and created a half-time analyst in the City Manager’s Office; I was the only applicant. I joined his staff in 1994 and had the privilege of working with him until his retirement in 2003.

These are my favorite lessons learned from my mentor, Al Johnson.

Relationships were Key. Al was a master at relationships. The start of a negotiating session meant a conversation with his counterpart about family, vacation, or anything they had in common. Then came the tough negotiating but never without a kind word to end the session. He took Councilmembers duck hunting in the winter and to the golf course in the summer. And, for every city employee, he spent time visiting the departments and knowing his staff. When he was talking to you, you were the most important employee, and everyone felt it.

Communication was Constant. Notes, calls, emails and in person meetings – Al was in constant communication. He had weekly, individual appointments with each Councilmember to keep them equally briefed, answer questions, limit discord at Council meetings, and streamline progress. Notes in Al’s looping handwriting (perfected after breaking his leg in 4th grade and practicing penmanship at recess) arrived constantly. He sent notes for assignments, comments, future speeches. He picked up the phone right away with a question or comment, and when email became ubiquitous, he would peck the letters out, even without a middle finger shot off when he was twelve years old. Pre-social media, there was no such thing as overcommunication.

Crises Demonstrated True Leadership. In 1986, Roseville’s creeks overflowed their banks and historic floods swept through the center of town. In 1995, when Al was now city manager, the creeks again rose beyond the mapped floodplain. By noon on Jan. 10, after seven inches of rain in 24 hours, the City Council had approved legislation giving each home and business owner funds to stay in a hotel, buy supplies and start recovery. The water and sewer departments were pumping out homes and dumpsters were already on their way to be placed in front of damaged homes for the clean-up. A week later, the City hosted President Clinton, who surveyed the damage greeting each resident in the most severely hit neighborhood who along with James Lee Witt, Henry Cisneros, and other Cabinet officials, promised flood mitigation funds. The city took those funds, under Al’s leadership matched them with General Funds, and by 1997, completed a flood wall to protect this neighborhood from what would surely have been another flood disaster. Instead, we stood on the flood wall on New Year’s Day 1997 and watched the water pass safely by the homes.

Just one month later, on Friday, Feb. 10 late in the afternoon, I was staffing the City Manager’s Office. Siren after siren headed for our Police Department where a young mentally ill man had wanted to engage a police officer resulting in suicide-by-police. Instead, one of our officers was shot in the lobby. Al called and asked that I call each Councilmember to let them know we had a gravely ill officer in surgery. He headed to the station where he listened and counseled the department. I will always remember his presence as the calm in the middle of the complete loss as the officer had died just as his pregnant wife arrived at the hospital. For the funeral, Al chartered a bus so all the department heads could ride to Yuba City together, the only consolation on one of the saddest days I have ever encountered. Al was there for the Police Chief who gave an outstanding eulogy for Officer Mark White and for all of us when we needed true leadership.

Shared Vision and Values. At every department head meeting and every Council meeting, Al emphasized the values of our city. We were developing the most livable city in the state and we were working together to do so. He refined the specific plan process and master planned large tracts of land with a financial model for every plan area and its citywide impact. If the plan’s finances didn’t pencil, the land use was modified. He fought for developer fees that were high at the time but built infrastructure in advance. He set a park development standard of ten acres per thousand people and property values rose. He kept utility rates low and negotiated public-private partnerships for an auto mall and regional mall and multi-jurisdictional agreements for freeway interchanges and treatment plants. We always knew our responsibility in the shared vision and the values we were working to execute.

High Expectations. No matter the assignment, the one person you did not want to disappoint was Al Johnson. He set high expectations for quality and quantity, and no one minded working long hours to meet deadlines and do things right. He was the hardest working among us, and we followed his lead.

Always Fair. Al was always fair although those negotiating with him didn’t think always think so. He treated every city employee fairly and balanced labor negotiations with the need for long-term financial stability for the future. He would give and take and while competitive, always had the best interest of the city first.

He was a Feminist (although not self-described).  My first experience with Al’s support for women was his creation of the half-time analyst position to keep me at the city and bring me to the city manager’s office. When my son turned one, he asked that I return to full-time as the project list had grown. I went full-time and stayed with the City for 22 years because he made it possible. After transitioning to full-time, I had Mon-Thurs in-home daycare arrangements with the wife of an Electric Utility employee. She took Fridays off, and I juggled the Friday coverage until one day when I just could not find a sitter. I brought Austin to the office with me, and he toddled around while I finished an assignment. This, of course, was after many departments had been lobbying for a 9-80 work week. I lobbied again suggesting if my husband (a city planner) and I had opposite Fridays, we could take care of all the appointments and be in the office on staggered schedules. Al approved the 9-80 schedule as a pilot project which became permanent. My husband and I had those wonderful days with our children and so many families benefitted from the schedule while it allowed longer counter hours with staggered schedules.

The City Had a Culture of Fun! Al loved to have fun. In the office, we worked hard and laughed all the time. I caught my first fish and waterskied for the first time at department head retreats. The “turkey award” was given at each department head meeting to the leader whose department had not quite met the quality standards. A large standing rubber turkey was decorated with the latest gaffe and awarded to the department head at the monthly meeting. One time it was decorated with a burnt fake snake when the Electric Department had an outage due to a snake in a transformer; I was the recipient when I left my microwave popcorn unsupervised resulting in a fire truck response and our executive assistant standing with the smoking bag out the break room window. This kept humor in everything even with the subtle message to not be stupid and to take ownership. Just before Al’s retirement, we moved a 200-pound terra cotta egg into his office and made a turkey nest for the turkey award.

We also had concert T-shirts made with his final speeches and meetings that we wore in tribute to his amazing work.

I will always be grateful to my Best-Ever Mentor for the opportunity to continuously learn on the job. He encouraged me to seek responsibility, trained me how to research, analyze, propose options, remain objective and serve the elected officials, and most importantly the public. Thank you, Al Johnson!

Despite What Danny Ainge Says, Public Service Is a Real Job