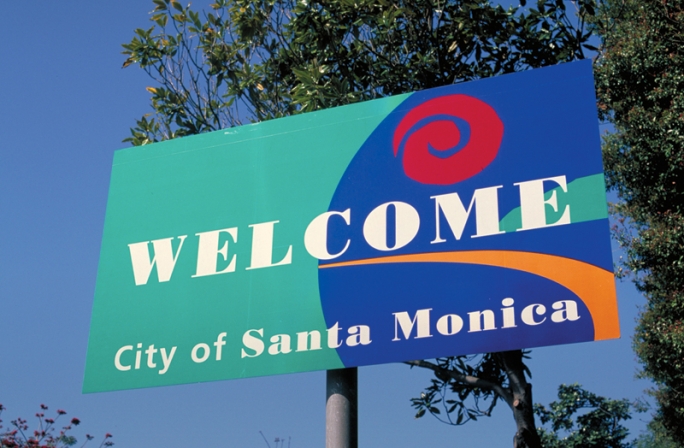 We’re back with another installment of The Deputy series. Today we hear from Danielle Noble, Deputy City Manager for Santa Monica, CA

In her role as Deputy City Manager, Ms. Noble has worked to implement the City’s response to ongoing drought conditions and regional efforts to address homelessness. She assists the City Manager, Assistant City Manager and Department Directors in the administration of City government and provides professional development training to City staff. Ms. Noble is involved in the development of the biennial budget, civic engagement projects, and analyzes state and federal legislation for local impact. She also represents the City Manager on the Santa Monica Travel and Tourism Board of Directors.

Ms. Noble has a bachelor’s degree in Women’s Studies from Ithaca College and a Masters in Social Work from the University of Southern California. Before transitioning to local government, Ms. Noble worked for two providers of housing to homeless individuals and families, and an alcohol and substance abuse recovery program.

Situated along the Pacific coast directly west of Los Angeles, Santa Monica is a community of nearly 90,000 residents and eight distinct neighborhoods. Incorporated by a vote of 97 to 71 in 1886, today Santa Monica is well known for its iconic beaches, sustainability initiatives, bike share, newly opened light rail route connecting it to downtown Los Angeles.

The City of Santa Monica is governed by a seven member city council, each elected at large to staggered four year term. Every two years, after the election, the City Council selects one of its members to serve as Mayor and another to serve as Mayor Pro Temp. The City Manager’s Office is supported by an Assistant and Deputy City Manager.

Metallica + Guns N’ Roses, New Jersey Meadowlands. (That says a lot about how big my hair used to be.)

I used to read the New York Times’ jobs section. The jobs that interested me were chief administrative roles in social service or advocacy organizations.

How to Have a Good Day, Caroline Webb (shameless plug for my friend’s fantastic book)

If ELGL visited Santa Monica, where should we go to lunch?

A place with an ocean view. Santa Monica has countless amazing restaurants with healthy, delicious, and locally sourced food and drinks. And, I’d suggest after-work drinks, not lunch.

build a home in the woods and live there full-time.

Q & A with Danielle

My first paying government job was as a Senior Administrative Analyst within the City’s Homeless Team. The City of Santa Monica invests heavily in local social service programs for youth, seniors, people with disabilities, and low-income and homeless individuals. In many ways I acted like a program officer in a philanthropic foundation. I oversaw general fund grants for homeless service programs, managed an evaluation of the local homeless continuum of care, and designed and implemented new programs.

Ask me this when I retire. I think my best work is ahead of me, not behind me.

Give us three tips for succeeding as a Deputy City Manager.

Listen more than you talk. Try to act strategically. Reflect on your efforts so you can do it better next time.

Tell us about a project you are currently working on.

The City of Santa Monica is embarking on a strategic, multi-year effort to align, integrate, and connect City operations under a new framework based on the five core dimensions known to influence wellbeing (community, place, learning, health, & economic opportunity) together with overall outlook. We also intend to develop the next iteration of a citywide performance management system in order to measure and track how various City services and programs impact or sustain the wellbeing of Santa Monica’s community. I’m thinking through the strategy for this transformative change and building a team of people to implement it. The end goal is to create cohesion throughout the organization, clarify what the City does, why we do it, and how we do it, and use data to track our efforts towards improving community wellbeing. City resources – human and financial – should create change in the community’s wellbeing. Community outcomes and indicators, as well as organizational outcomes and indicators, should capture impact. This work is the third step of the Wellbeing Index’s “Define. Measure. Improve.” strategy.

Rod Gould, former City Manager, Santa Monica. Rod is a consummate professional manager and civil servant who believes deeply in the Athenian Oath to “transmit this City not only, not less, but greater and more beautiful than it was transmitted to us.”

I’ve learned, by not doing so and suffering physically, mentally, and emotionally, that this work is only sustainable and enjoyable if I keep strong boundaries. I manage my own calendar which helps me to be thoughtful about where and when I dedicate my time and energy. And, perspective helps. It’s unlikely that anyone is going to die if I answer the email in the morning.

(Complete the sentence) Local government is….

at its best how we create community and improve quality of life, which makes it a privilege to be part of.

Have a firm handshake, confidence, and self-awareness.

How do you think local government will change over the next ten years?

I think, and I hope, that local government will attract diverse and curious workers, and that organizations will invest in strategies and services that build community and improve residents’ wellbeing.

Would you encourage your children to consider local government as a career?

I don’t have children but local government is part of my family. My husband is the City of Malibu’s Media Information Officer and a former Director of Communications for Los Angeles City Councilmembers. Neither of us set out to work in local government. While we don’t know any differently, we’ve found it helpful to have a partner who really gets what you do and why you do it.

If you could do it all over again, what would you do differently?