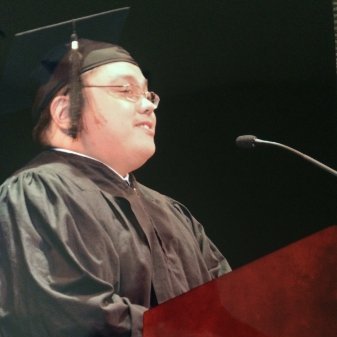 The three things I would change about local government are:

Improve outreach. Most people don’t know how their local government works until it’s time for an election and the local board of elections office is sending out instructional material, which is all well and good, but keeping the public in the loop shouldn’t be a seasonal objective.

Increase access/transparency/convenience. The Obama administration made an admirable attempt to be more transparent about its operations and it has a number of admirable initiatives, like the petition process, that make it easy for the public to interact with the national government. But doing this on a national level naturally invites a lot of charged politics, which means there’s a limit to how much can be done. But on the more modest scale of local government, I think it wouldn’t be as challenging, nor as politically charged, to replicate what the Obama administration did at the local level. Put our spending habits online. Are we cutting a tax deal to attract a major business? Let local leadership be the first to report it. Don’t let the people have to find out through the news.

Adapt and learn. As someone who used to temp in the private sector, I saw and used a lot of operational processes that were straightforward and user-friendly. In contrast, my experience thus far in local government can be best described as a tangled web. Although it’s controversial for government to mimic enterprise, I do think the two can have a benevolent educational partnership in learning about, for example, better organizational development; reducing paperwork; streamlining best practices.

I would split it down the middle.

$5M would go toward home ownership because, let’s face it, living in the San Francisco Bay Area is exorbitant. I wouldn’t even spring for a million-dollar home, just a sub-million dollar home (the kind that didn’t used to be sub-million) in a quiet residential district of San Francisco such as the Outer Richmond (my favorite) or the Excelsior.

As for the rest of the $5M, whatever is not earmarked for decent middle class cost-of-living will most likely go toward my church to help fund projects such as our food pantry program and child care services. For a long time, I’ve also wanted to start a workforce development ministry. As for the other $5M, quite frankly I would use it to run for elected office. As much as I hate the fact that running for elected office requires money, if I were given $10M today, I would without hesitation earmark half of that for a political campaign. I would let the money sit for a while, maybe even collect some interest, because I want to put in a good number of years working for hire, learning the ins and outs of all the operations of local government, before I work as an elected official.

Fly. I’m lucky to have friends all over the country and family in different parts of the world, and if I could fly, it would really cut down on airline expenses. It would be more flexible, too. If I could fly and I had a free weekend ahead of me, I could totally leave San Francisco for two days and drop in on my parents in Maryland, and maybe even stop over up in Queens to see my best friend since high school. Plus I’d take scenic, self-directed routes that I probably couldn’t get by plane.

The meaning of my life is service. For most people, looking into one’s self is a scary proposition. I’m an introspective person, and I’m a bit of an introvert as well. I’ve spent a huge chunk of my life living in my head and frankly it can get tiring. But when I’m reaching out to someone else, when I’m helping build up the community, it doesn’t seem so bad facing myself. Because when I am in service, I don’t feel so isolated anymore.