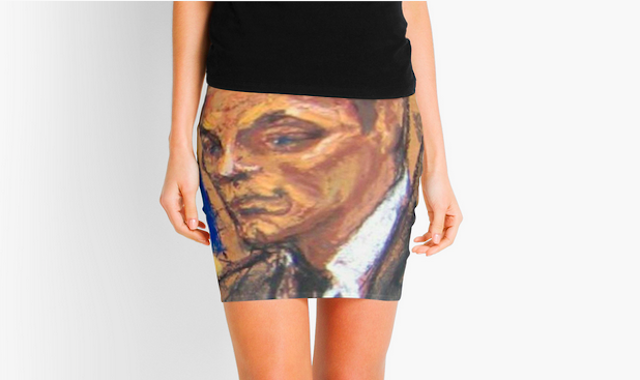 Kent Wyatt (LinkedIn and Twitter) returns with a running blog of all things relevant and irrelevant from the month of June. ELGL doesn’t endorse anything Mr. Wyatt writes, thinks, or sings. Catch up on what you missed in April, May, June, July, and August.

A weekend complete with a #CityHallSelfie, Oregon Ducks football game, and wine tasting is winding down.

Hat tip to Kirsten for attempting to get this hashtag trending – #wordsrandyuseswhilewinetasting. If it wasn’t Labor Day weekend, I am sure it would have swept the nation.
The week ahead holds a trip to Kansas City and Branson, MO. I’ll be sure to provide a detailed review of Mike Ekey’s house. Until then, let’s find out what we missed.

An Event That I Didn’t Attend…

Kent loves using third person and making a Christmas list. This gem leads off Kent’s 2015 Christmas list. It can also be purchased as a skirt but I don’t have as much interest in that.

12 years after switch to an elected mayor, Richmond government still trying to find its footing

Murder on the Appalachian Trail

Cross off Idaho as a potential college destination for either of my kids. This sign needs some heavy editing.

Supper Club was stolen from The Portland Ten, which is hosted by Prichard Communications. This article shares tips for hosting a successful dinner. Great read as Supper Club will continue in 2016.

Most of the tears have dried from Eleanor’s first day at kindergarten. While I still wish I could have stopped her aging at four, you can’t beat how tired kids are after a day of kindergarten. The Wyatt family will be dropping extra apples on the teacher’s desk and maybe we’ll throw in a complimentary ELGL membership.
As a reward for completing week one of kindergarten, we’ll be dragging the kids to the Oregon vs. Eastern Washington University football game on Saturday. If you are going, I hope your seats aren’t next to ours.
Since we’re on the subject of kindergarten, check out this 60 Minutes piece – Keeping up with kindergarten.

Rotten Tomatoes is the best predictor of the success of a movie.
Thumbs up? Thumbs down? The new Google logo.
A reminder that Atlantic City is screwed.
The art of sucking up to a candidate
If you only read one article, it should be this – Stadiums Ruin Neighborhoods

H/T to Matt Yager for finding this map of what time people in each state head to bed.

Today is the first day of school for my five-year old. There was no reason for me to sport watery eyes all day, but I did. I was able to blame some of that on my two-week old cold. That is why you may notice a tear or two on your computer screen. I haven’t slept well for the last few weeks as I thought about taking my first-born to the first day of school. I have been dropping Eleanor at daycare for five years so I should not have felt different by simply taking her to another location.
That was not the case. I was a complete disaster full of emotions that ranged from despair to happiness. For the 15-minutes that Kirsten and I spent at the school, I am pretty sure that seconds became minutes and minutes became hours. Taking Eleanor to kindergarten easily ranks as one of my top 5 worst experiences, but oddly, it also ranks as one of my proudest moments.
I am proud that she is a confident young girl. I am proud that she knows to eat with her hands and not her feet. I am proud that her and her sister have inflicted permanent damage upon each other. I am proud that she doesn’t recite Dr. Dre lyrics in her sleep. I am proud that she can count and read. I am proud that she knows girls can do anything boys can (except use the potty standing up). I am proud that I have not cussed in front of her yet. I am proud that she was “nervous” for school. (I think she equates nervous with happy as she frequently mentioned feeling nervous and then proceeded to smile and jump around.) I am proud that she is a healthy five-year old who was excited to be part in a Spanish immersion classroom. I am proud that she might one day have a chance to experience this with her own children.
I wish I hadn’t duck out of Eleanor’s classroom early because of oncoming tears. I wish that I wasn’t sad now, but unfortunately emotions don’t operate like a light switch. I am lucky that bouts of sadness are mixed with those of happiness when I think about her meeting new friends, learning a new language, and becoming a dual language local government guru.
I wish I never had to experience this again but I wouldn’t trade anything (including a UNC national championship) to repeat this bizarre, complicated, unique experience with my current three-year old.

First of the Month Means….

45 murders in 31 days: The victims of July violence

The Rapper Who Loves Bernie Sanders

Big Leaps for Parental Leave, if Workers Would Take It

I know it’s early but this could be the Vine of the month.