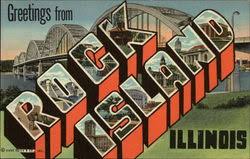 From Oregon to Illinois, ELGL member Ben McCready has transitioned as he began his new role as the City of Rock Island Assistant City Manager. He previously worked as a management analyst for the City of Salem. Ben sat down with ELGL to discuss his transition but before we get into the details, here’s a brief introduction to Ben.

Ben’s Bio
Ben was born and raised near Bloomington, Illinois. He earned a B.A. from Augustana College (2006) and an M.P.A from Northern Illinois University (2008). Ben returned to Rock Island and began serving as Assistant to the City Manager in 2012.

Describe your thoughts walking into city hall the first day on the job?

I showed up early on the first day, at first I thought this was a good thing as I approached City Hall I was worried that the doors might still be locked. Lucky for me, they were unlocked so after entering the building my thoughts gravitated to the journey which brought me here. Years of school, study, graduate work, internships, fellowships, and filling out job applications. I’ve been eager to join a City Manager’s Office and finally the day had arrived.

What one word would describe your emotions?

Humble, I definitely was excited for this new part of my career in local government but couldn’t help but feel humbled knowing that I was not only here to work but to continue developing as a professional. With every step that I’ve taken in my career, I’ve never failed to be surprised by how much I still have to learn from others.

What are two things you did before starting in Rock Island to prepare yourself for the job ahead? 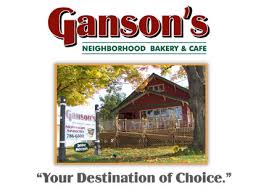 If ELGL was to visit you for lunch in Rock Island, what restaurant would you take us to?

It’s not Oregon, but we have a great brewery called Bent River downtown. This is appropriately named because the Mississippi River flows east to west here. Unfortunately they do not serve food, so we would have to visit a neighborhood favorite called Ganson’s Bakery and Café.

What is one issue that you encountered in Rock Island that you were not expecting?

There has been a significant amount of staff turnover, several long tenured employees have retired. I would have enjoyed more time to work with them, but in their absence I’ve been able to step up and take on a greater role by contributing to more projects.

What were three of your goals for the first year on the job?

I’ve been on the job for 6 months, at this point I’ll outline a few of my goals.

Tell us about the project that consumes your time the most.

At this point it’s a tie between budget preparation and the assisting council with the annual strategic planning process.

Perception, Rock Island constantly strives to improve its image. We are a metro area where two states, two counties, and no fewer than six towns compete for jobs, housing, and amenities. We attempt to be one metro region, but remain separate distinct communities. If there ever was a case for regional governance, this is it.

Build Out: Rock Island is an old community, primarily built out with little room for growth. Many of our development projects involve redevelopment in older areas of town. We have to be aware of our industrial past, respect historic structures, and meet the expectations of citizens.

How did your experience in Salem prepare you for this position?

My position required me to test my skills and further develop my knowledge in several areas such as budgeting and supervision, this experience was key in preparing for this position at Rock Island.

In addition to this I participated in the Salem Executive Leadership program. This program gave me insights into all aspects of services provided by the City of Salem. Cities provide similar services and there is little difference in the basic services provided at Salem and Rock Island. Although I’m a long ways from Oregon this program developed knowledge and firsthand experience which is applicable to Rock Island.

Based on your recent experience, give our readers two tips for transitioning jobs?

Make time the first week to meet staff in all departments within the City, if possible schedule a short ride along with the inspections division and tour other city facilities.

What are your thoughts on ELGL becoming a nonprofit and charging $20 dues?

Who is your dream speaker for ELGL? If an Illinois ELGL chapter existed who would be the first speaker?

In Illinois, I would nominate Randy Recklaus, a city manager of a small suburban community. I think it would be a great start and as you can tell I’m interested in local government.

How will you measure whether you’ve had a successful first year?

One of my responsibilities involves working with our Department Directors to establish goals. If they have been able to accomplish those goals then I know I will have positively contributed to this organization and community.

Which do you prefer – rain or snow; clouds or wind?

I prefer the snow and clouds.

What are the two things you miss the most in living outside of Oregon?

The Salem Farmer’s Market and seeing Mt. Hood on the horizon every day.

Finally, and most importantly, what book are you reading?

Bringing it to the Table: On Farming and Food by Wendell Berry

Leave them in the comments section below and we’ll make sure they are addressed.