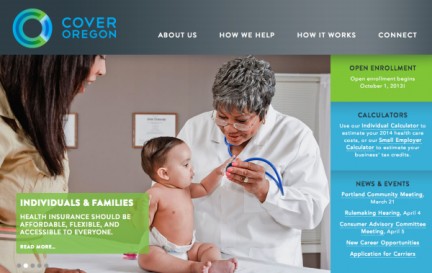 A former chief of staff for State Sens. Burdick and Metsger, Jen has transitioned to working as a policy analyst for Cover Oregon. Cover Oregon is a central marketplace where Oregon individuals and employers will be able to shop for health insurance plans and access financial assistance to help pay for coverage. With the Affordable Care Act and Oregon’s emphasis on health insurance coverage, you are sure to hear more about Jen and Cover Oregon in the future. Today, we hear from Jen on her experience working in the Oregon legislature, her love of spooky sounds, and her tips for effectively communicating with elected officials.

Three projects you currently working on for Cover Oregon.

My job is divided into two major parts. Half of my time is spent on short-term turnaround policy needs. These could include answering an inquiring from a legislator, or creating a one page background brief on a particular internal policy or Federal Affordable Care Act requirement. My projects within this category vary greatly and are different from day to day.

The second half of my job is an on-going project related to future changes to our portal. Our portal is the system through which individuals and small businesses will come to determine eligibility for financial assistance, shop and actually enroll in health care plans.  The portal goes “live” on October 1.  I have been acting in a   project manager capacity to move us towards a formal process by which we will evaluate and prioritize future changes to the system after the initial release in October. This project is huge, and takes up a significant amount of my weekly work hours.

For those of us who are not familiar with Cover Oregon, give us three facts about them that we need to know. 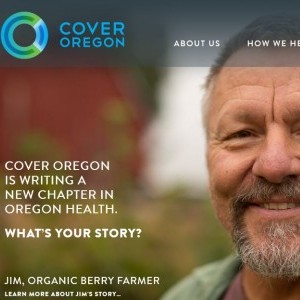 Cover Oregon is Oregon’s Health Insurance Exchange, implementing many of the requirements of the Federal Affordable Care Act.

We are creating a transparent marketplace where healthcare insurance carriers will compete for business, consumers will be able to compare plans side by side, and families will be able to receive important financial assistance to help cover the costs of health care.

We are a public corporation, not a state agency. We were created by Oregon Statute, and are currently funded through federal grants. We will be self sufficient in a few years, through an administrative fee charged to plans participating within the Exchange.

Why leave your position as chief of staff for State Sen. Burdick?

I loved my job working for Senator Burdick. I worked as Senator Burdick’s Chief of Staff for the 2011 and 2012 Legislative Sessions. Prior to that, I was Senator Rick Metsger’s Chief of Staff from 2008-2011. Staffing legislative members for 5 years was satisfying and fulfilling. I saw and did some amazing things. While the work during the Legislative Session is truly fascinating, I was ready for a new challenge and to work on new issues. Being a part of health care reform is an amazing opportunity- an opportunity I had to seize.

Plus, Cover Oregon is located in Durham, so I don’t have to commute to Salem every day!

Three accomplishments that you are most proud of from your stint with Sen. Burdick.

One accomplishment that I am most proud of actually occurred when I worked for Senator Metsger during the 2009 Legislative Session. I led the passage of a package of child-safety bills relating to All-Terrain Vehicles. The bills require children to wear helmets and seatbelts (when seatbelts existed in the vehicle) while riding on an ATV. The package of bills also created an advisory group which will continually evaluate new ATV technology and makes legislative recommendations to improve safety.

Many consider accomplishments in the Oregon Legislature to simply be related to a bill passing. And while that is certainly important, there are other accomplishments that are also meaningful for me. Specifically, in the 2011 Legislative Session, I participated in the state’s first efforts to rein in tax credit expenditures. I was able to participate in meetings, provide policy advice, and be witness to the Joint Committee Tax Credit Expenditures reduce $40 Million of tax credits down to $10 Million.

Finally, I am proud of the work that I participated in on gun safety, kicker reform, and property tax reform. While I wasn’t able to see any statutory changes on these issues, we began meaningful public policy conversations. Real public policy change doesn’t happen over night. Initiating those conversations and participating in real dialogue is encouraging and rewarding.

(Complete the sentence) Before I die I want to…..

I want to travel to every state in the United States, (and hopefully have some significant travel time outside of the country as well).

Funniest or strangest story from working at the Oregon legislature.

This is a hard question. The Oregon Legislature is filled with odd and hilarious things.  Working for Senator Metsger, I had the opportunity to participate in a publication, “The Weakly Democrat.” A satire piece, our office made fun of current happenings in the building. Perhaps a bill had a hilarious relating-to clause, or a member made a funny statement on the floor— we took that item and made it even more ridiculous. The piece was illustrated and passed out to offices across the Capitol. It added an important sense of levity to an often-stressful place. Unfortunately, when Senator Metsger retired, no one picked up the torch. Though you can still find some old issues of the Weakly Democrat floating around the building.

Sen. Burdick has been in the news lately for gun control legislation. What was your experience in dealing with gun advocates?

In a word, it was frustrating.

We prefer to use the term “gun safety” legislation. Gun safety legislation is a fascinating topic. While maybe only equivalent to the word “taxes” in the emotions it spurs, this issue challenges tightly held beliefs immensely. Individuals on both sides of the issue are impassioned, but those in opposition to any new gun safety legislation are well organized, well represented in the legislature, and quite loud.

Whether or not an individual agrees with changing our gun laws, we should still be able to engage in important, non-emotional dialogue on the subject. I strongly believe that democracy is strengthened by diverse and often conflicting thoughts and beliefs. But democracy can only be as good as the process that allows those divergent opinions to be voiced.  It is my hope that the Oregon Legislature (and Congress) will be able to engage in such rational dialogue in the very near future.

(Complete the sentence) State government is……..

Give our members three tips for effectively communicating with state legislators. 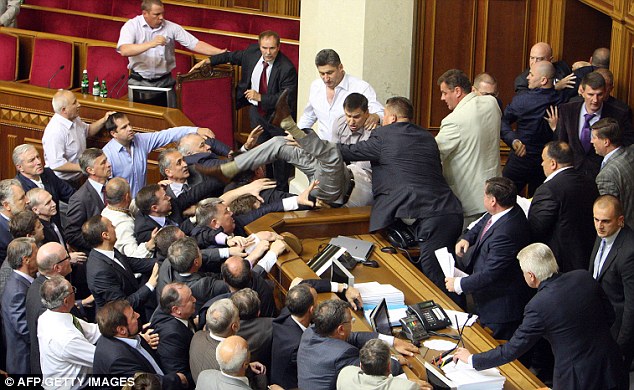 Be clear, concise and respectful in your communication. Remember that legislators work long hours, get paid little, and are generally good people with good intentions.

Finally, don’t be afraid to talk with staff. Staff are valuable resources in any legislative office. Staff  members have the ear of the member they work for, and often a message well received by a staff member will be well received by their member.

Worst CD that you have ever purchased.

I once purchased a “spooky sounds” CD for Halloween. The sounds on the CD were more hilarious than scary.

List five websites you rely on in your professional career.