It must be noted that ELGL owes a great deal to Justin for his efforts along with Robyn Christie in starting ELGL Central Oregon. We will allow Justin a few months before we expect ELGL Coastal to begin forming.

If you have never talked to Justin, you are missing out. Justin brings high intellect and an incredible vision to local government. We are confident this interview will provide you at least a couple of takeaways for you to use in your organization.

During my tenure in Gresham I had received my MPA from Portland State and I was looking to move in to management.  I had worked in Recreation for 6 1/2 year by that time and I was looking for a change.  La Pine was a unique opportunity to start something from scratch and set things in place for the future growth of a small rural community.  It was a great move and I am glad I got to start something new.  It was very rewarding to work in La Pine.

When leaving La Pine I was approached by the former Executive Director for Sunset Empire and asked to evaluate the position and see if it would be a good fit.  I was doing well in La Pine but looking for a growth opportunity if the right one came along.  After interviewing with Sunset Empire and visiting with the staff I knew that we would work well together and we could go far.

For me it is a gut feeling as much as sitting down and weighing out the pro’s and con’s of a move or a new job.  All my transitions have been in an upward direction and have lead to more responsibility and exciting new projects.

How will you know if you’ve had a successful first year in your current position?

That is ultimately up to the Board to decide but I evaluate myself on several levels.  Is staff moral at the same level or higher than when I started.  Has the budget expanded or contracted due to decisions I have made.  Have I maintained a positive working relationship with the Board that I can be proud of.  Finally did I get to ski as much as I planned before the snow started flying.

Is Dundee’s the best restaurant ever or just in Seaside? Give us two other Seaside restaurants that could even play on the same field as Dundee’s.

There doughnuts are pretty good.  The Stand – my absolutely favorite restaurant.  I eat here a minimum of once a week.  Pig & Pancake – great greasy spoon breakfast.

Let’s go with a typical job interview question – where will you be in five years?

I will be in a place that I am able to make a difference by providing positive leadership to a committed staff of government professionals striving for excellence.  I love working with people and bring groups together to solve complex problems.

When you started your current position, you took one of the more impressive steps (and one ELGL hopes to borrow for future employment) by writing a newspaper column introducing yourself to the community?

I read “You’re in Charge Now What?” I forget who the author is but it provided alot of insight in to corporate transition strategies.  I took the principles from the book and applied it to my particular circumstance.  There is also a podcast, done by Business Week, that I used for my transition to La Pine that had some similar principles that was adapted from the book.

Yes, I wrote a column introducing my self to the community, I interviewed all 50 plus staff members and the Board, and spent upwards of two hours with each of them asking six questions:

1.  What are the five most important things about SEPRD to preserve and why?

2.  What are the three areas we can improve upon and why?

4.  What are you concerned I would do?

I summarized the answers in a internal memo to the staff and the Board. This has provided me with an agenda for the first year and we are systematically going through the items gathered during those interviews and evaluating them and implementing the low hanging fruit.  I would recommend this process to anyone in a transition.

I hope to replicate my meetings with each staff member on an annual basis in order to keep the pulse of our organization and make sure what I am saying at the top is making it down to our front line staff and I am aware of the demands our staff is facing on a daily basis.

Which is better central Oregon or coastal Oregon?

I love to ski so I know I am going to miss the snow this winter, but nothing beats walking on the beach watching the sunset in to the ocean. I guess that assumes you can see the sun through the rain…

Erik Kvarsten, who was city manager while you worked in Gresham, is more one of more profound, philosophical managers in Oregon. Give us a couple of takeaways from working for him.

I can’t say enough about Erik Kvarsten.  He is a great leader and I enjoyed working with and for him.  I appreciated his ability to remain calm and collected as the Council continued to ask him to do more with less.  He is a creative thinker and is able to make complex decision seem effortless as he negotiates the political mine field and support staff and elected officials.

ELGL has started charging $20 dues. What are your thoughts on the change?

Help us out and give us three people who you have encountered in your current position that ELGL needs to hear from. What about in central Oregon? Portland area?

Who are your mentors in the profession?

I truly we believe that we stand on the shoulders of those that have gone before us and my career is evidence of that fact.

What book are you reading? 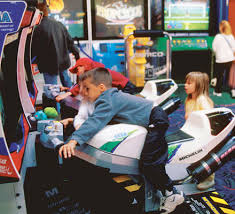 In all honesty, how many hours a week do you spend at the Funland Arcade playing skeet ball and videogames?

There is an arcade in town??? Usually I am on the beach or in the hills.

Finally, living near the coast, how many nightmares have you had about tsunamis?

Comments or questions? Leave them below the blog post or email Justin at [email protected]