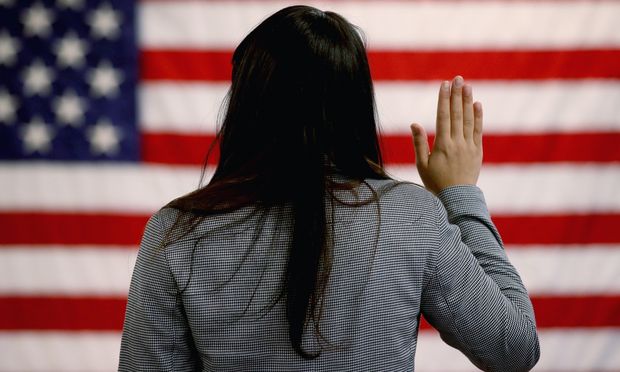 I remember exactly how it felt when I was staring at the piece of paper prompting me to write down that number. I paused. I looked around. Was anyone looking at me? Why do I have to do this? Writing down the eight digits of my Alien Registration number was a regular occurrence until I was 23 years old.

My experience growing up in a small town in North Carolina certainly matched my U.S. Immigration identification as “an alien”: I didn’t eat the same food as my classmates; I wasn’t a U.S. Citizen, my first language wasn’t English, my parents did not identify as American, I didn’t share the same religious affiliation as my classmates, my skin color was different, and until I was 16—college was not an option for me. As an “alien”, I was not eligible for financial aid. And my parents did not have sufficient money to pay the cost of international student tuition.

My family fled Liberia due to the civil war when I was four. It wasn’t until I was 23, after 19 years of living in the U.S., that we became U.S. Citizens. For a long time, a label placed on me by U.S. Immigration Services defined my identity. It determined whether I could vote, whether I had access to college, and whether I could leave the country and for how long.
The point of this blog post isn’t to point out the flaws in the immigration system or to focus only on my story. It’s about the labels that we use to describe people who don’t fit into dominant culture. These labels highlight the inequitable structures, systems, and policies in our country that identify and treat people as less human and less American.
As Dr. Robin DiAngelo explains “Because whites built and dominate all significant institutions, (often at the expense of and on the uncompensated labor of other groups), their interests are embedded in the foundation of U.S. society. While individual whites may be against racism, they still benefit from the distribution of resources controlled by their group.”
In order to begin confronting and dismantling systems of oppression and privilege, we need more people of color leading public service organizations. Here are three of many reasons to embrace more racially diverse leadership:
1. To dismantle an inequitable system. With more leaders of color with positional power, we begin to confront the current system of unspoken privilege. These leaders also serve as models for younger generations, representing backgrounds and experiences they can relate to.
2. To better serve our communities. The racial composition of America will continue on a trend towards greater racial diversity over the next 50 years. Given these changing demographics, leaders of color are uniquely positioned to improve decision making and service delivery for their communities. A racially diverse group of leaders is better equipped to make sound decisions for racially diverse residents.
3. To dispel the myth of a single story. Chimamanda Ngozi Adichie shares the danger of a single story in her TED Talk. She warns that “if we hear a single story about another person or country, we risk a critical misunderstanding.” Increasing the number of leaders of color challenges us to see the different stories and experiences within racial and ethnic groups. This helps us avoid the devastating consequences of the
misunderstanding Adichie calls out.
What additional benefits do you see to more racially diverse public service organizations?