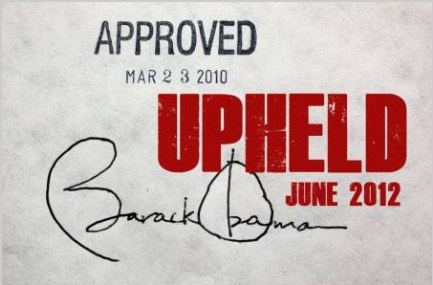 My last post contrasted the Affordable Care Act (ACA) a.k.a. Obamacare with a forward-looking health reform proposal Oregonians submitted to our governor way back in 2007, before Obamacare even existed. I promised my next post would be an overview of 20 years of health policy reforms and a run-down of Oregon’s health care policy-making process. I decided I won’t do that to you. If you want to talk about the history of health reform in Oregon or Washington, D.C., e-mail me and we’ll have coffee.

A very real world exists outside the wonky policy world folks like me are sometimes inclined to focus in on. This is one of the reasons I took my current position in health care advocacy: to develop a grounding in real patient experiences and perspectives. Throughout my career, I will always work to remember that health policy is about real people and has tangible effects and consequences for those people.

The Wyatts enlisted me to write about how the ACA and Oregon’s reforms will affect you. To that end, this post discusses real word effects of the ACA on your employer health insurance. I give a rundown of the recent D.C. dust up over “Taft-Hartley” multiemployer health plans. Next week, I will go over the ACA’s “Cadillac” tax set to come online in 2018 and affect all types of employer-sponsored high value health insurance – including insurance you have through your city, county or state. While Triple Aim is normally a bi-weekly feature, the Marketplace is about to open and I feel that two back-to-back posts are in order.\

Enrollment in the Health Insurance Marketplace goes live October 1 and coverage begins as soon as January 1, 2014. For people enrolled in quality health insurance through their city, county or state or through a private sector employer, not a whole lot changes on October 1 or January 1. If your employer offers a plan that (for employee-only coverage) costs you less than 9.5% of your income and offers “minimum value,” you can’t get a tax credit to buy insurance in the Marketplace. And frankly, you’re better off not buying Marketplace coverage and keeping your employer-based plan.  Here’s why:

Everything comes down to taxes (we’ll take on death in another post). Since World War II, employer-provided health insurance has been excluded from Americans’ taxable income. The employer contribution to your health premium is tax free for you, and tax-deductible for your employer (if your employer pays taxes). Your contribution to the health premium – if you contribute anything – is also not taxed because it is deducted from your income on a pre-tax basis.

Marketplace health plans, by contrast, are purchased using money that has already been taxed. Accordingly, the Affordable Care Act provides premium tax credits to help qualified individuals who, unlike the majority of us, do not benefit from the employer health insurance tax exclusion. If you aren’t fortunate enough to have employer-provided heath insurance on the job (or through a spouse or parent whose job provides insurance), then you may get tax credits to purchase health insurance in the Marketplace.

Obamacare and the Unions

Laborers’ International Union of North America president Terry O’Sullivan made waves last week when he declared that the ACA should be repealed. O’Sullivan’s statement illustrated the frustration of parties to the recent confrontation between the Obama Administration and parts of organized labor. Keep in mind that organized labor provided much-needed lobbying and grassroots support for health care reform during Obama’s 2009 – 2010 uphill legislative battle to get the ACA passed. (See Ezra Klein’s interview with then- SEIU president Andy Stern)

Labor’s concern: what does the ACA mean for union members enrolled in “Taft-Hartley” multi-employer health plans. These are plans used by unionized workers in a specific industry (e.g. construction) who may move from one construction job with one employer one week, to a construction job with a different employer the next week. For these folks, it makes sense to want union-negotiated health coverage that moves with a worker from job to job, and that often has rich union-negotiated benefits (e.g. low or no deductibles or co-pays, and employer-paid premiums). About 20 million Americans are enrolled in Taft-Hartley plans and all 20 million receive the employer health insurance tax exclusion for those benefits.

Most employers contracting to offer Taft-Hartley plans have fewer than 50 employees, are considered small employers under the ACA, and therefore are not subject to the law’s mandate (delayed until 2015) that large employers offer affordable health coverage to their employees. O’Sullivan and some other union leaders wanted to ensure the post-ACA survival of Taft-Hartley plans with their low deductibles and co-pays, by making Marketplace tax credits available to employees enrolled in Taft-Hartley coverage. In other words, they wanted to give Marketplace tax subsidies to non-Marketplace plans that already receive the employer health insurance tax exclusion. Important Note: SEIU has not broken with the Obama Administration.  By contrast, current SEIU President Mary Kay Henry is out stumping with Sebelius to promote the Marketplaces.

Why no special fix for the unions?

Large employers successfully lobbied for a one-year delay in the ACA’s employer mandate. Companies already offering their employees health coverage received a one-year delay in part of the ACA’s provision limiting the total amount of money, other than premiums, a health plan enrollee must pay out-of-pocket annually. This decision has significant implications for people enrolled in those plans if they have chronic, expensive to treat health conditions and who were counting on this ACA consumer protection taking effect on schedule.

Most importantly for the Taft-Hartley issue, though, is that Members of Congress and their personal and district office staff were faced with potentially losing the federal government’s employer contribution to their health coverage because Sen. Chuck Grassley’s (R-IA) amendment to the health care bill requires Members and some staffers to purchase coverage through the Marketplace. A regulatory fix was enacted and, when all was said and done, Members and affected staffers will receive an employer contribution to purchase Marketplace insurance. Most importantly, the employer contribution will still be completely excluded from the Members’ and staffers’ taxable income. 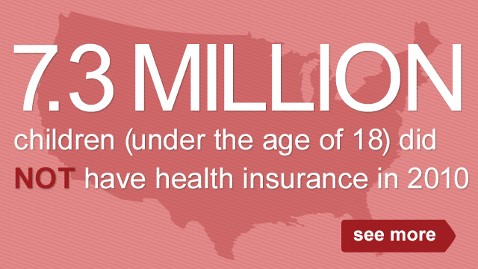