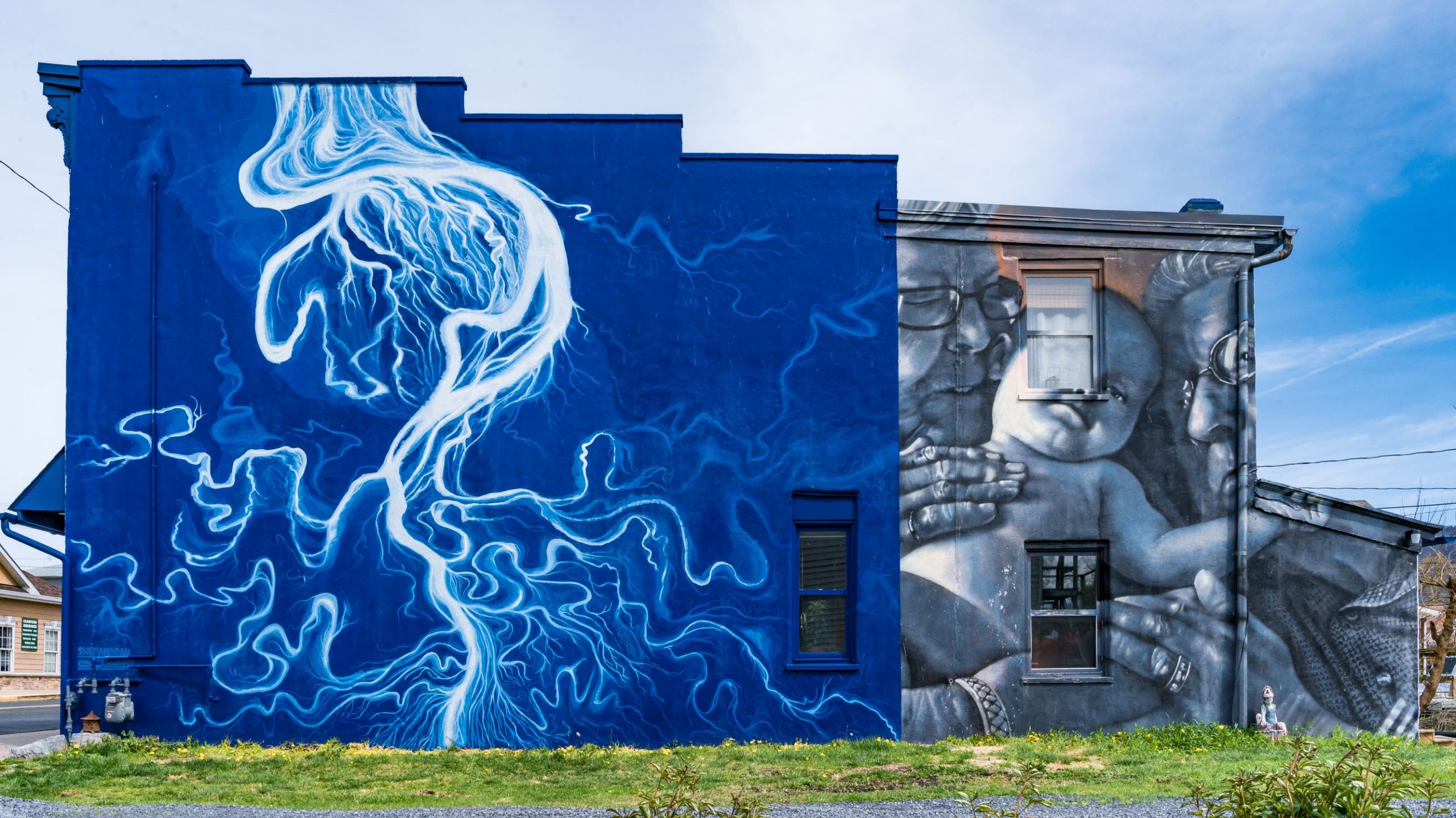 This blog was written by Michelle Bixler, Director of Community Development in Strasburg, VA.

I work for a community named Strasburg located right at the intersection of interstates 81 and 66 in northwestern Virginia.

I say all that to provide context regarding the appetite for “art,” which as you might imagine is generally viewed as superfluous, at least by those who are showing up to elections. Further, during these times of economic uncertainty, budget cuts, layoffs, social distancing, and government distrust (from all over the political spectrum), there is very little support for investment in “the arts.”

So, let me back up a second to provide a little context about my background. I am what they call a boomerang, meaning I grew up in Shenandoah County, where Strasburg is located, then went off to college and to live in various parts of the country for 20 years before I decided to return from whence I came. I was hired in July of 2016, having just come from Eugene, OR, a city of 150,000. And I don’t know if this is true or not, but they say the majority of people in Eugene got there because their bus broke down on the way to a Grateful Dead show. Probably needless to say, they have a thriving arts and culture program.

So when the town manager hired me, it was an intentional shift in the type of person being employed by the town, a premeditated move toward infusing the current “way we’ve always done it” culture of the organization with a healthy dose of “let’s try something different.” And importantly, that was something really initiated by the town council, which was working to change the “good ol’ boys club” as they saw it. So tip #1 – BE INTENTIONAL.

When I started work in Strasburg, two murals had recently been installed by the recently formed nonprofit Staufferstant Arts – which has the goal of installing high quality, contemporary murals in the downtown (historic) district. 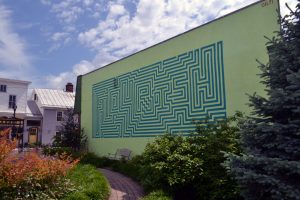 I should note that the organization’s board is comprised totally of people in the millennial generation – all boomerangs (and no boomers) – who wanted to have a positive impact on their community. This was not something that town staff dreamed up. It was completely organic! So tip #2 – GET OUT OF THE WAY.

While this first mural did not get much attention, it was quickly relayed to me, that this second mural had caused quite an uproar in our very small and very white community. And so it began that public debate became a part of each mural following that one. 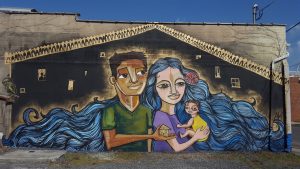 That moment in time was very important because it was precisely then and with the next mural, which is not at all “realistic” in style, that our local ordinance, which does not control paint colors in the historic district, was probably most in jeopardy of being changed. Town council was hearing about these “murials” from upset members of the community. So our job, as their staff – as the community’s staff – was to try and help educate the voting population on why we would embrace these crazy murals and public art in general. 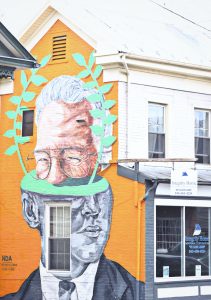 If I’m being totally honest, I was more than a little naive. I came to interview in Strasburg, saw the murals, and thought, “Excellent! I am totally going to fit in here!”

Around that time, we held a “town hall” of sorts where Staufferstadt talked about their objectives and town staff validated the value of investing in the arts as a strategy for economic and community development. It was at that meeting that the mayor, in an effort to find middle ground, agreed to bring back to council any monetary support toward the mural program. So here is tip #3 – BE TRANSPARENT! Even when you know it’s going be difficult, bring it into the light. It demonstrates the Town’s commitment to open and accessible government. 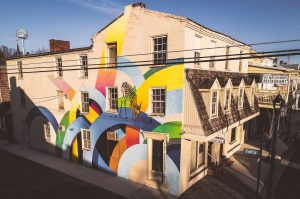 So we have done that, and each time a new mural is installed the debate continues, and we and Staufferstadt continue to engage, and give an advisory team of community members the ability to support (via matching grant funds) the mural project or not. But each time, the detractors have become fewer. Businesses are more likely to speak positively about the program and council members are more likely to have encountered community members in support of the program. Tip #4 – BE PERSISTENT (AND GENTLE). Remember that change doesn’t come quickly or easily. Personally, it helps me to try and focus on listening intentionally and with compassion, and I try to use our shared love for the community as the foundation for the discussion.

Finally, the most successful placemaking projects have a relationship to the community. (That feels like an incredibly obvious statement, but hey, it’s important.) Serendipitously, as these murals were being installed around Strasburg’s historic district, an old movie theater was being redeveloped into Box Office Brewery. During the renovation, they uncovered 100-year-old murals on the walls, and they are now preserved behind plexiglass for all to see. People also started talking about the mural in the local post office, which was installed in 1938 as a New Deal Artwork and helped solidify our place as a “mural community.” And lastly, the museum in our Visitor Center also has a mural along the wall, which was installed in the 90’s and was done by art teachers from a nearby community. The connection has been made, and now we are working on producing a printed piece about the mural trail that will include the older murals throughout town as well. So, the final tip is CONNECT THE DOTS! 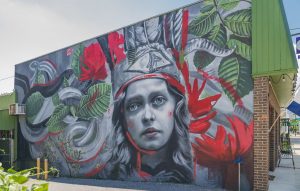 As our Community Development budget gets slashed for the upcoming budget year, I’d wager that these tips will become all the more important – particularly the second one as the private sector shifts its creativity into high gear to get through these difficult times. I’d love to hear from you about what you’re seeing and how you are encouraging public art in your communities.