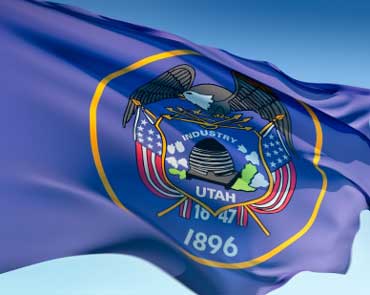 Our Take on Utah

First we thank Heather Gantz, Waldron for introducing us to Rick Davis, West Jordan city manager. Rick was very candid in his responses and offers several tips for learning from his experiences.

Our initial thoughts on Utah are limited to Karl Malone, John Stockton, Park City, the Winter Olympics, and the four-day work week. As of late, Utah has been good to Oregon as the new Sandy, Oregon city manager Seth Atkinson cut his local government teeth in Utah. When we do some quick research on Utah, we find that it is the fifth fastest growing state, and in 2012 Gallup national survey found Utah overall to be the “best state to live in” based on 13 forward-looking measurements including various economic, lifestyle, and health-related outlook metrics.

On the local level, Utah is known for producing a wealth of well-qualified managers aided by the BYU MPA program and Utah City Management Association.

Before West Jordan, Davis had been serving since 2008 as town manager in Fountain Hills, Ariz., a municipality of roughly 25,000. He also has experience in municipal administration in Utah, previously serving as city manager in West Point and assistant to the city administrator and community affairs director in Sandy.

Davis earned his master’s in public administration from BYU’s Marriott School of Management and a bachelor’s degree in public relations, also from BYU. He is a credentialed manager with the International City/County Managers Association and a member of the Utah City Management Association.

West Jordan is a rapidly growing suburb of Salt Lake City and has a mixed economy. According to the 2010 Census, the city had a population of 103,712, placing it as the fourth most populous in the state.

City landmarks include Gardner Village, established in 1850, and South Valley Regional Airport, formerly known as “Salt Lake Airport #2.” The airport serves general aviation operations as well as a base for the Utah Army National Guard for Apache and Black Hawk helicopters.

In the fictional HBO drama Big Love, one of Bill Henrickson’s home improvement stores is located in West Jordan.

Give us three bullet points that best describe local government in Utah. 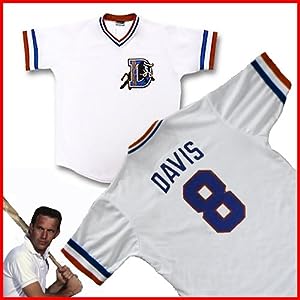 When I was 12, I was quite sure that I would become a Major League Baseball player.  My first local government job was technically a volunteer/internship position with the Provo Association of Involved Merchants.  I provided the coordination of downtown merchant marketing and downtown shopping promotion. This was an agency or organization that was sponsored by the city of Provo, Utah. Although I didn’t receive any fiscal compensation, the organization did provide me with an office, where I could do my homework without interruption from my five roommates.

I was not necessarily committed to a career in local government until about halfway through my graduate program. I knew that I wanted to go into public service, and I also considered a career in healthcare administration. My first step was to transition from being the public relations director of an insurance company to the public sector. A professor of mine assisted me in obtaining a position with the auditor general’s office of the State of Arizona. From there, I was hired by the City of Sandy as the assistant to the chief administrative officer and Mayor.

I believe the first mistake I made in my career was to assume that anything I said could be or would be kept confidential. The reality is that we need to behave and speak as though everyone can see and hear us. There is no such thing as “off the record.”

Next, I mistakenly assumed that all of my citizens, employees, and elected officials basically wanted what was best for the community. It is important to realize and recognize that not everyone wants the city to succeed.

Absolutely. I find that many of my family and friends know more about how a bill gets through Congress, than how an ordinance is adopted by their city council. I am frequently introduced to others by my sister-in-law as the “city planner”. Unfortunately, the process of educating our citizens has to be a two-way street. We cannot inoculate them with the truth, unless they are willing to be inoculated. I have simply found that there exists little desire on the part of everyday citizens to get involved in local government on any level. So, we need to use every opportunity, one individual at a time, to educate our citizens. We can also use supporting materials by ICMA, in association with their “life, well run” campaign.

No, not at this time. I would’ve encouraged it back in the 90s, but the environment has turned so antagonistic and negative that I think it’s probably best to let things blow over before engaging oneself in a local government career. However, for those determined to enter into the field, I can also speak to many of the positive aspects of the career; but you have to be willing to let a lot of things roll off your back and press forward despite the negativity.

First of all, come with humility. Some new graduates expect a city management position right out of the chute. Express your willingness to serve in whatever capacity is needed. Remember, that is a new graduate, I’m going to be taking a chance on you; and I’m probably going to be doing more for you, in those first couple of years, by allowing you to gain this experience, than you’re actually going to do for me.

Next, when I ask you what you bring to the table, I’d like to hear the word “integrity.” Everything else, I can teach. I can’t instill integrity in a person who lacks. Third, show me that your optimistic and forward thinking, and that you’re hungry to learn.

Emerging from one of the darker political eras of our nation’s history as that level of governance that truly remained a government of the people.