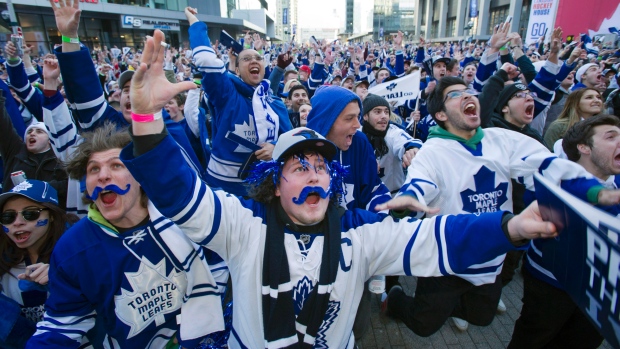 Rae Buckley, Town of Chapel Hill, NC, Assistant to the Manager for Organizational and Strategic Initiatives, used sports to highlight organizational strategies.
By Rae Buckley, LinkedIn and Twitter
Today’s Water Cooler picks up where Water Cooler #3 left off:  what we can learn from “fanalytics” in the National Hockey League (NHL) about performance measurement and open data in local government.
For starters, I think most of us accept that performance measures are great for telling our story.  The part that’s tough is getting our managers, supervisors, and decision makers at every level to use performance measure data for the purpose of helping them allocate resources, reduce workplace stress, and produce better results.  So the question for today’s cooler is how do we institutionalize the use of performance measures for more than just reporting our results?
Fancy Stats
To answer this question, I find it helpful to look over and see what’s taking shape in a sandbox outside local government.  And the performance measure sandbox I have looked at a lot is the NHL because unlike baseball, data driven decision making is very new for professional hockey.  In fact, not too long ago, a lead hockey analyst stated on the record that any coach who relied on analytics to evaluate players, “should be fired.”  However today, just a few years after this statement, most hockey coaches and media analysts discuss the deficiencies and strengths in team systems by using relatively new hockey analytics.  And they are not just using data to communicate how well the team is doing; they are using analytics to predict performance and adjust strategy.  Those of us watching knew the tide had truly turned when the Toronto Maple Leafs, one of the most vocal hold outs against using “fancy stats” to coach performance, recently hired a statistician to help them dig out of an old school “enforcers” style of play.

From No to Yes on Performance Measurement
A major reason is they had to.  In 2005 the rules of the game were changed and what used to win games didn’t work anymore.  In an attempt to attract more viewership by increasing the likelihood of scoring in the game, the NHL changed the rules to reward speed and athletic play and deemphasize the role of physical “enforcers.”  Suddenly the game moved so fast that enforcers, whose main job was to check other players into the boards, couldn’t keep up with the speed of play.  Some teams grasped this right away and changed their strategy immediately.  Anyone remember that plucky team from Raleigh, North Carolina, who zipped past everyone’s expectations to win the Stanley cup in 2006?  That’s right.  The first year the new rules were in effect, the Carolina Hurricanes were able to capitalize on their youth and speed to dominate “better” teams with star players and legendary coaching staffs.  But not everyone accepted that they had to change.  On the opposite end of the spectrum were teams like the Maple Leafs who are just now making adjustments that other teams made early on.
Does this sound familiar to you?  Looking back to our local government sandbox, I see our community dynamics shift; our elected officials change priorities; our state government issue new rules; and the national economy take a toll on our local economy.  Put simply, our game changes.  External forces beyond our control change the environment in which we operate and we find that what has worked in the past is no longer effective.  Sometimes we see it right away, sometimes we don’t.  But once we realize the need for change, we aren’t always clear what adjustments need to be made to be effective again.
That’s because managers (or coaches) who realize a change in strategy is needed don’t always have personal experience that has taught them what changes need to be made.   And that’s when tracking and analyzing data can at least point to the places that need their focus and attention.  Unfortunately, what we hear is that our managers don’t feel they have the time to track and analyze performance measures.
Enter the second reason the NHL has embraced performance measures.  This is the part of the story that relates to how our local government can benefit from the open data movement.  In hockey, no matter how many teams were struggling with the new style of play, the call for data analysis did not come from inside the house.  Instead, the data that is used by NHL teams today came to existence because of hockey super-fans who took an extraordinary amount of time and effort to compile data they could use to analyze the game.  And once they had compiled the data, there were other hockey super-fans who were good at statistics and analysis and came up with new performance measures such as proxies for measuring puck possession by teams and individual players.  Because these data sets were not created by the NHL but rather by super-fans of the game, they have been termed, “fanalytics.”
Fanalytics = Open Data?

Fanalytics were not received kindly by everyone and still suffer from a stigma in the hockey world.  The term “fancy stats” is used by the hockey community as a somewhat mocking term for the use of analytics in managing the team’s play and recruitment strategies.  You can still hear the sentiment expressed today that data is for the nerds in suits who can’t hack it on the ice.   And I’ve heard comparable analogies about the demand for open data in local government.
To be clear, the open data movement isn’t about persnickety computer nerds making extra work for those of us just trying to get our job done in local government.  It is about publishing data sets so government super-fans can draw conclusions, manipulate the data, and tinker with scenarios.  Open data is our version of Fanalytics and while it could help us manage in a new paradigm, I don’t always see it received kindly.  One reason I hear is the complaint that people outside our work don’t understand the data and it would lead to too many questions and more work once we release the data.  Another reason is the belief that we shouldn’t be spending scarce resources on an effort to compile, clean, and publish data when we have no idea what benefit we’ll get out of it.
If I use the hockey experience to answer these concerns I would say that many NHL teams struggled to see what needed to be changed or accept that their “enforcer” style wouldn’t prevail against the new style of play.  But fanalytics were hard to argue against, especially when they were accurately predicting success and failure of teams.  And little by little, the use of fanalytics has helped teams in their draft picks, trades, line-up choices, and game strategies.
I think the challenge is moving our folks to accept that there are people who work outside local government who may see things we do differently than we do ourselves and that they might have some really good ideas about how we could do our work more efficiently.  I will share with you something a top member of our management leadership team in a meeting while we were discussing open data about year ago.  He said, “I fail to understand what someone could see in these numbers that I can’t see after 30 years of working with them myself.”  This quote has stuck with me because it illustrates so well that sometimes you are just too close to what you do to see it clearly.
That’s a Wrap
The NHL sandbox shows us this: external forces transformed how professional hockey was played.  In order to succeed in the new system, hockey teams needed to change their game strategy and use of resources.  Data provided by fans outside the NHL helped teams make changes to how they recruit players and design game plans so they can win more.   When we apply this experience to the local government sandbox, the lessons I see are these: external forces transform our work all the time.  Performance measurement can help us identify where to focus our attention and determine where we may need to make adjustments.  Open data collaboration can help us see what we sometimes can’t see ourselves and lead to solutions we wouldn’t have thought of or better measurement tools to help better understand the problem.
What is your reaction to the lessons I see?  Is your municipality using open data?  What is working and what isn’t?  How else can we help our managers use performance measures to allocate resources, reduce workplace stress, and produce better results?