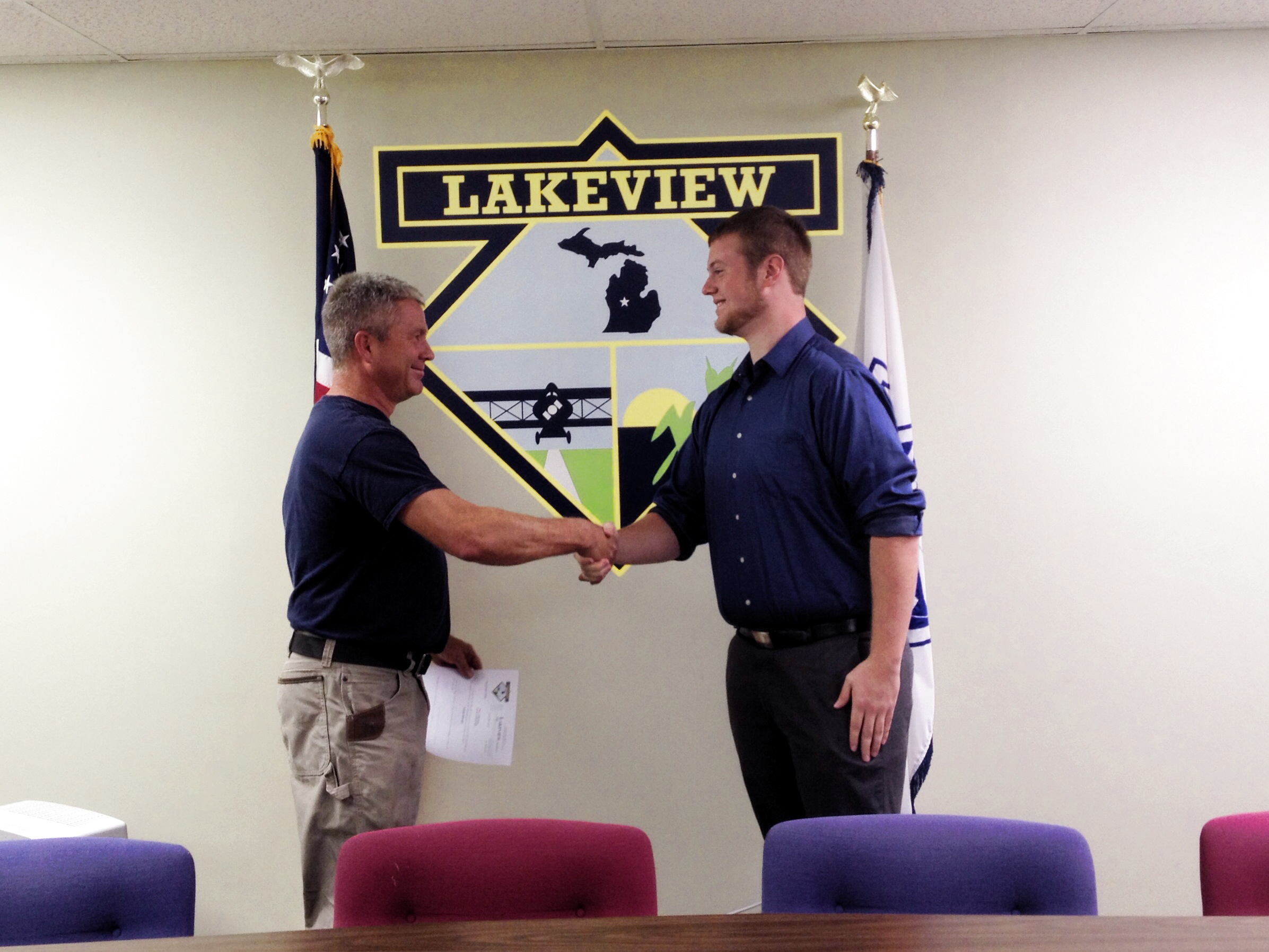 New! New! New! Here’s a chance for you to learn about the newest ELGL members. If you are not a member, shame on you. Join here.

Jake Eckholm (LinkedIn and Twitter) is the Manager for the Village of Lakeview and City of Stanton in Michigan.

FINALLY take the Lake Express Ferry across Lake Michigan to Milwaukee, which is something I’ve wanted to do since I was a kid.

I sort of hit the ground running when I took my position in September of 2014, and I think one area where I can improve is my networking in our close-knit field. This organization was suggested to me by several colleagues and friends, so I think now that I have my feet under me it is time to get involved.

that it (Muskegon, MI) was on the top ten list of cities to be bombed by the Nazis if they ever had the opportunity, due to all of the factories there making war materials.

Definitely Jim Harbaugh. Not even as a player. As a Michigan coach in khakis.

Really enjoy what I do! I am one of two municipal managers in the State of Michigan (that I can find) who is managing two municipalities. It’s intense, and I love it.

I disagree with that, but would also disagree with the inverse as well. While I see where you are going with that and sometimes people in our field have to make tough choices that will NOT be popular with the public or other communities, it is also important to be able to stay effective. If one becomes so unpopular that they cannot lead, then you can be as courageous as you want but you are not going to be an effective public servant.

Again, I don’t think it’s that simple. In some cities they would say “what recession?” and in others they are still trying to pick up the pieces. The good news is that local governments have largely responded with innovation and creative solutions to difficult problems, and I’m proud of our field for that.

I remember the days of Trapper Keepers and the overhead projector.

Yes indeed, although I didn’t have a Trapper Keeper for my trappings.

Agree. One way or another, if you improve walkability you improve commerce, equity, sustainability, and a litany of other important concepts within contemporary cities.

Disagree. I think the Council-Manager system of local government is great, and I think I found the side of that hyphen that fits me best.

Disagree. I think the stereotype of the “bureaucrat” is damaging to communities in a lot of ways. All, and I mean ALL of the local government staff that I have working for me go the extra mile for people whenever they can, produce a high quantity and quality of work, and most of all seek professional development. I think this is the norm, but historical bias against government at all levels had led people to have unfortunate preconceived notions about us and what we do.