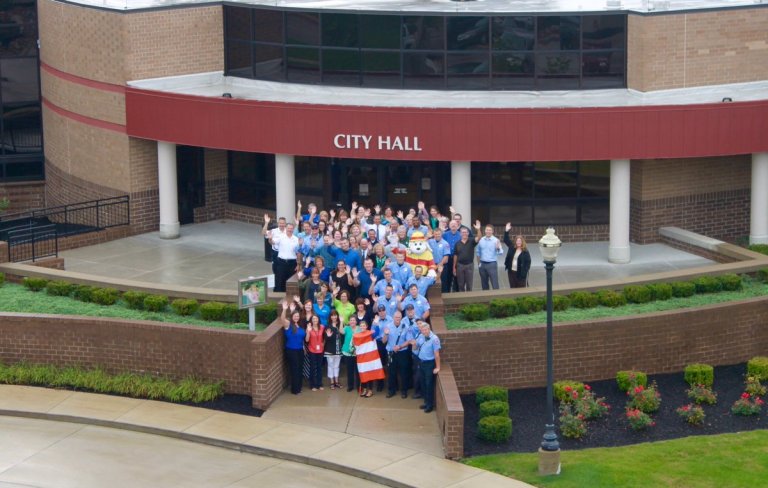 Exclusive Update! Carol the Barrel is back.

Many Sterling Heights roads are undergoing construction. That means workers are out in dangerous conditions to improve your commute. Carol the Barrel is asking all motorist to pay attention and drive cautiously when entering a construction zone.

After handing out 21 #CityHallSelfie awards last week, ELGL members have cast their votes for the biggest award of them all – 2017 Members Choice Award for #CityHallSelfie Excellence. This award goes to the best selfie from the 2017 City Hall Selfie Day.

And the winner is…

Sharks vs Jets… or Carol the Barrel vs speeding cars? She’s ready to warn you of construction. @CityHallSelfie #CityHallSelfieDay @ELGL50pic.twitter.com/1meXbq9MJi