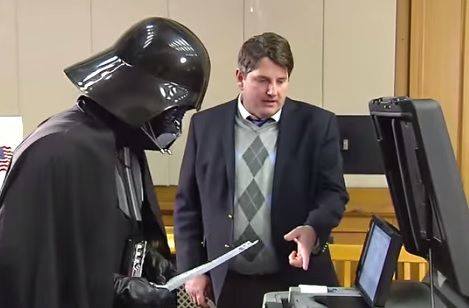 The votes have been cast, the hanging chads have been ignored, and the first annual “Best Local Government Video” award has been revealed. On ELGL Live!, we revealed that Scott McDonell (Dane County, WI) and Chad Vader won the most prestigious award in local government communications.

In an upcoming podcast, we’ll hear directly from Scott and learn the story behind Chad Vader’s appearance in the voter ID video.