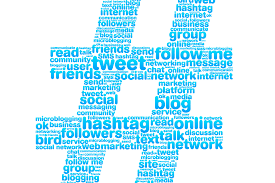 What I’m watching: Both Fyre Festival documentaries, of course —Netflix FTW — and “The American Meme,” a near-perfect examination/takedown of #influencer culture.

What I’m listening to: The sound of wind-swirled snow as I update Twitter during Seattle’s #Snowmaggedon2019.

The hashtag is dead. Or is it?

In my role at King County, WA, questions about hashtags pop up often, almost as frequently as, “Should my department start using Instagram?” (Yes, especially if you want to reach people under 30.)

Back to hashtags. Instagram aside, the questions usually go along the lines of: “Hashtags? Aren’t those a little passé?” or “Isn’t a hashtag just another way to express snark?”

The answer to both questions is yes — and no.

Hashtags still retain the power to organize a social movement, or tap into a conversation around a specific topic. (With the recent snowfall in Seattle, #WAwx, a.k.a. Washington weather, serves as the eyes and ears for many public communicators in our region.)

With all the issues facing local government — and public-sector social media professionals in particular — is the humble hashtag worth sweating? I say yes.

As public agencies struggling to cut through the clutter and deliver a key message, or maybe even a story, we need something simple and easy to use, both for our staff and the community. Enter the hashtag.

However, promoting and encouraging organic use of your hashtag is far more difficult. Many of us fail to launch, and dump the hashtag early in our outreach planning.

Details matter, and a creative hashtag can serve as a reminder: Hey, we’re not just a faceless bureaucracy.

The hashtag can trace its origin to the dawn of Twitter, with its fortunes closely tied to the trend du jour. (Remember in 2013 when Facebook reluctantly introduced hashtags?) Now, with the rise of Instagram, the hashtag is more important than ever.

I recently set out to synthesize the best practices from the public and private sectors, and create a hashtag strategy for my agency. My No. 1 ask of colleagues: Check the hashtag. (I once learned the hard way not to search Twitter for #NaughtyOrNice on a work-issued device.)

Some other advice I share with colleagues and other social media professionals:

Often, using a community-generated hashtag is more effective than trying to develop and introduce a new one. Just remember to check the hashtag before you use it from your agency accounts.

I envy the agencies with a fully formed hashtag strategy and — #goals — a hashtag glossary. In the public sector, the gold standard is the hashtag list developed by British Columbia Ministry of Transportation and Infrastructure.

Not every hashtag is going to be perfect, but as public communicators we have a responsibility to build a genuine connection with our community. Remember: Not everything can achieve a #CityHallSelfie level of success.