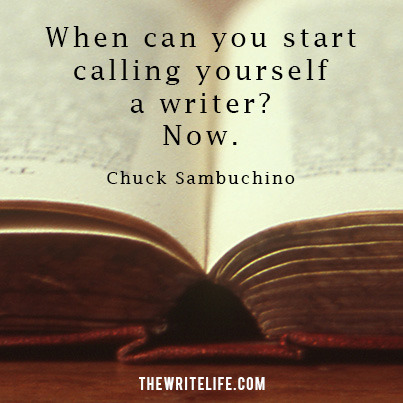 This is part of the periodic series, “Writing With Russ,” where Russell Terry shares with us his expertise and mastery of clear writing and communications.

A little over two years ago, I had this exchange on Twitter with my friend Brent Schaeffer, a professor of writing at a community college (and rabid Sounders Fan):

(After several attempts to use Twitter over the years, I recently decided it’s not for me and deleted my account).

I think this comes down to what “counts” as writing. We commonly think of a writer as someone who writes novels, screenplays, memoirs, popular nonfiction—things we often call “creative writing.” Maybe we require that a real writer get paid for this work.

If that’s what we mean by writing, then maybe Whedon is correct. Maybe if you don’t have a burning need to write that novel, you shouldn’t try to make yourself. (But maybe making yourself put in the time for a while will let you discover a burning need to create you didn’t know you had… but I digress).

To me, this defines writing, and by extension writer, too narrowly. I’m defining a writer as a person who writes. So much of what we do comes down to writing. In my previous job:

Your list will be different. It may include writing ordinances, press releases, or budget summaries. But the point is that much of the work of government is working with words. In other words, if you work in government you’re likely a writer.

Maybe you think that a “real” writer needs to get paid to write. Well, guess what? If you have to write for your job, you’re getting paid to write. That makes you a writer.

One counter-argument is that I’m not actually disagreeing with Whedon at all. You “have to write” because it’s part of your job, but I take the phrase to mean an inner need, not an externally imposed requirement.

The kinds of writing we do in government are different than the typical creative writing genres. As the Federal Plain Language Guidelines remarks:

“People do not curl up in front of the fire with a nice federal regulation to have a relaxing read.”

Okay, so people aren’t going to read (most) government writing for recreation. But that doesn’t mean that quality doesn’t matter. On the contrary, it often matters a lot. Let’s say someone wants to open a new business in a city, which includes new construction. The owners are going to want well-written directions to the process, even if they’re not going to be recommending those directions to their book club.

(I’ve shared this post with Brent and we’ve emailed back and forth about it. He’s written a reply to post on his blog. I’ll link to it in the comments after his post goes up. Also, I’ll try to have fewer parentheticals in my next Writing with Russ post.)