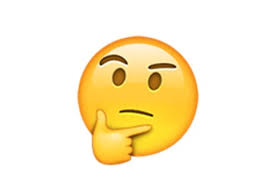 Few people recognized how a simple ❤️ being sent via pager in the early 90s could take ? ? ? communication like??????.
But that is exactly what happen when Docomo, a pager company that was hugely popular with kids in Japan, invented a small 12×12 pixel icon that could be sent to any of its devices. Sending images with text in a world before smartphones and tablets was a revolutionary idea. Now we are beginning to see government PIOs and communications pros use these tiny pictures characters when they interact with the public.
So, when inspiration ⚡️, will you be ? or will your tweet look like ??
????????
Did I emoji correctly?  ?
I struggled for a while as I wrote this as I had to wrestle with the idea of using emoji in posts that would be sent to residents or community partners. Did I want this to be a post extolling the wonders of emoji in social media? Because there are some pretty creative things you can do when it comes to communicating via emoji. Kansas City does a great job of peppering in some emoji when they talk parks, baseball and summer fun in the city.

Today would be a good day for??? because an excessive heat warning is in effect from noon to 9 p.m. Stay cool as much as you can.

Even the White House used emoji in a presentation about millennials in the economy.
It gives your social media presence a lot more personality outside of just using text or hashtags. As governments and organizations break out of using social media as a broadcast tool and learn to use them more as social tools, emojis can be a nice way to show a little more fun side to city hall’s usually stuffy demeanor.
We are, undoubtedly, a visual society when it comes to online communication. It makes sense that we would want to use as many visual tools within our social media presence. Emojis are just one more way to accomplish that. The same way ELGL uses gifs, an emoji can add an extra layer to the conversation that can add emphasis or humor.
But that does not mean you can start using emoji for EVERY tweet. The joke can get old really quick. Chevy found this out when it issued a press release and media campaign using ONLY emoji.

??????????
What went wrong? ?
While writing, I also wondered if this article should be more about avoiding the dangers in using what is essentially slang in picture form in a venue that is typically pretty buttoned up?
Remember, using an emoji assumes that (1) you know what the emoji represents, (2) that your audience knows what it means and (3) that you both understand its context in the same way to get the point of your tweet or facebook post across successfully.
That involves a lot of assuming ? .
You don’t have to look very far to find companies and brands who used emoji for what seemed like something that was going to be a joke, but it ended up (at best) landing flat or (at worst) getting them in trouble with fans/customers.

It’s also good to know that Emoji have deep roots in Japanese culture and, thus, have some icons that allude to Japanese sexual culture that folks in the good ol’ US of A might not quite get at first. ? ?. Or if they do, they might not appreciate them on a city twitter account.
Apple itself even came under fire when they released their own emoji keyboard as many saw it as not being racially or gender inclusive. The arguments in that situation are well worth a read, especially in a broader conversation of how technology is still behind the curve when it comes to diversity in all fields. In April, Apple released another round of emoji hoping to stem some of the criticism, but it also was fraught with errors and problem.
In my opinion, these points are important to know because if you are tweeting with emoji and residents do not feel they are being accurately represented (even with something like an emoji) it can be perceived as negative or offensive.
??????????
Not rules, more like guidelines. ?
If I were to advise anyone on using emoji when it comes to social media, I would probably have you ask these five questions before posting (these, really, are the same five questions I ask myself before posting a gif or meme to our city account):

Remember, using emoji at the wrong time or in the wrong way could make your PR efforts look like ?.

Outside ?:
10 Emoji meanings and why you are using them wrong.
White House Report on Millennials in the Economy
Apple’s new diverse emoji are more problematic than before.