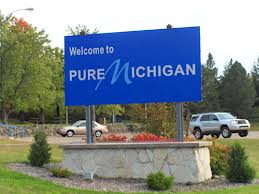 The amount of data collected by any City in a given day is overwhelming, to put it lightly. Many government officials have seen promise in aggregating this data for practical but the task has still been out of reach for communities. Bloomberg Philanthropies is funding an open-source, predictive analytic software that will enable to the City of Chicago to view aggregated data in real-time. The program will be made “open source” meaning it will be made available to other communities. Check out Bloomberg Philanthropies Mayors Challenge for other interesting initiatives.

Controversy has erupted in Rochester Hills, Michigan over gas and oil drilling in the suburban community. Last year the City entered into a five-year lease agreement with Jordan Development Company on several parcels of City-owned land to explore the possibility of drilling for oil and gas on the property. Last Friday more than 80 residents gathered at a public meeting to air their grievances. With the oil & gas boom going on around the country, the tension is by no means a novel experience in Rochester Hills. Residents are concerned about a perceived lack of transparency (although the oil company has gone door-to-door and all contracts and agreements were made public) and a frustration at the lack of control by the City over developments on private property. Proponents point to the potential economic gains, which have been seen in other communities.

The Earned Income Tax Credit (EITC) was originally introduced by President Gerald Ford and expanded by Ronald Regan supplements low-income has been controversial in many states across the country but embraced in most states in the Midwest as a practical way to assist low-income workers. Michigan, Wisconsin, Minnesota, Iowa, Indiana, Illinois, and Ohio all have some form of the EITC, while the rest of the nation has not implemented a version of the federal program at the State level. It should also be mentioned that in spite of legislation being proposed to increase the EITC in Michigan in 2013, it was significantly slashed in 2011 from 20% of the Federal EITC to 6% of the Federal EITC.

On January 9th it was discovered that a chemical spill had occurred in West Virginia, contaminating the Elk River and the water of 300,000 people. Officials slowly began lifting the ban five days later. It is unclear when the spill started but current estimates put the total amount of chemicals leaked around 7,500 gallons. Perhaps the most frightening fact is that no one knows how harmful the chemical is to those who ingest it. The chemical is called 4-methylcyclohexane methanol; yes, I copy-and-pasted that. No fish have been reported dead as a result of the spill. As of January 13th 169 people had been treated for exposure but none with serious illness. The spill is not only affecting West Virginia but also travelling down the Ohio River, impacting other communities sin the Midwest.

Officials in Johnson County postponed a vote on a proposed 5% hotel tax until February. Johnson County is the only county in the metro-Indianapolis area that does not have the tax, which is estimated to bring in $680,000 a year. All revenue from the tax would be earmarked for use on efforts to promote tourism. While proponents say the County is missing out on revenue that could bring in tourists opponents say that they are benefiting from not being forced to pass the tax along to patrons. The hotel tax, or “Innkeeper’s Tax”, is very common intheMidwest, although not all communities use that money toward tourism.

Detroit has been in the news all week for drawing crowds from around the world for the North American International Auto Show. All the positive press was overshadowed by a surprise ruling Thursday from US Bankruptcy Judge Steven Rhodes rejecting a deal proposed by the City of Detroit to settle a disastrous debt deal made in 2005. The City of Detroit had agreed to pay UBS and Merrill Lynch $165 million to settle the deal. Rhodes rejected settlement, calling it the court’s responsibility to ensure Detroit does not make hasty, irresponsible financial decisions.

The situation remains incredibly complex. There are questions of the legality of the 2005 deal; the deal may have put the City over its legal debt limit. In 2009, in the midst of the housing crisis, the City pledged casinos revenues as collateral on the transactions. Rhodes, along with others, feels the pledge may have been illegal under the Michigan Gaming Act.

On Wednesday night I went to a talk given by Matt Baumgarten, Interim City Administrator of Lathrup Village and Oakland University alum, on careers in local government. Matt talked about his time in Lathrup Village, the rewarding experiences he has enjoyed working his way up from intern to Interim City Administrator and the basic services his administration provides but perhaps his most urgent message was the upcoming shortage of qualified and experienced city administrators.

I graduated from Central Michigan University in 2011 with a Bachelor’s in Science in Political Science, concentrating in Public Administration, and found next to no opportunities in local government for fresh faced college graduates. This was not a novel experience. In 2011 many communities had still not seen the bottom of the housing crisis. Management Analyst and Assistant to the City Manager positions were being eliminated. Internships were even hard to find. As Matt pointed out in his talk, this not only left a lot of 20-something local government professionals without work but also thinned out a whole generation of future managers.

Looking around the membership at ELGL, my classmates at Oakland University and other young professionals here in Oakland County, I’ve seen a pattern in our ability to find legitimate work experience in spite of the lack of full-time work available. Some have accepted internships, many of which are unpaid, to fill that void. Others have found work in the non-profit and economic development world. We’ve been forced to get creative in order to make ourselves marketable when our time comes. As a generation of managers who got their first taste of local government during the housing crisis and the Great Recession we’ve learned the basics of local government in the wake of a crisis. Although we may have not been privy to the traditional local government path, we’ve been forced to do more with less early in our careers; a skill that has proven to be crucial among successful managers.

This week we travel to Minnesota; home of songwriting legend Bob Dylan. His spirit lives on in Minnesota singer/songwriter Mason Jennings. Jennings’ simple melodies are emblematic of Dylan and yet he has a unique rhythmic style and punchy lyrics that are all his own. He manages to maintain almost spoken word diction during his verses and then seamlessly transition to a genuinely great singing voice during his choruses.

My favorite album is his first self-titled album. The first three songs on that album remain my favorite of his. Although his entire catalog is worth listening to, ranging from proclamations of deep love to oddly catchy ballads of tolerance to odes to true friendship.

This book was all the buzz last year so I had to buy it. In The End of the Suburbs, Leigh Gallagher predicts a change in the way Americans choose to live. In previous generations Americans have lived in suburbs in large houses with large lots. Gallagher says this is all changing; Americans more and more want to be in community that are dense and “vibrant” (my favorite buzz word). Mixed-use developments will thrive. People are moving to these more dense neighborhoods, choosing to live in an environment that is center around pedestrian transportation rather than the car.

At first it appears that Gallagher falls in line with Bruce Katz’s theory about the coming Metropolitan Revolution or with Robert Florida’s theory that key “knowledge metros” will attract the masses in the future but there is an important distinction; Gallagher doesn’t claim that people are moving downtown to a city’s core, she claims they are moving to more dense areas with mixed-use developments and New Urbanism designs. This includes dense, walkable suburban communities, or as she puts it the “Urban Suburbs”. It should also be mentioned that Gallagher is not calling for a total end to low-density suburban communities, she acknowledges that there will still be those who enjoy that lifestyle, but she is predicting a swing toward a different type of community becoming the norm.

Another interesting factor at play is the demographic changes happening in suburbia; the population is getting older faster than in cities. Did you know that greater-Youngstown, Ohio has among the highest concentration of seniors, behind Florida and Tucson, AZ (pg. 146)? With this comes a whole change in the way local government works. Forget t-ball, prepare for more senior-friendly activities!

I agree with the underlying concept of this book; that the traditional suburban model is unsustainable and change is coming. After reading this book I would say that the suburbs are not ending, as the title may suggest, but we will see a new kind of suburban community. As Gallagher puts it, “In the wake of housing boom and bust and the Great Recession, our priorities have changed – bigger is no longer better, credit is no longer limitless, quality is beginning to trump quantity, and less is starting to become more. The housing market is starting to recognize this.”

A worthwhile read. Gallagher did her research; it shows in the many, many examples of New Urbanist communities and mixed-use, high-density developments sprouting up around the country. I was conflicted; the planner in me was interested in the intricacies of each example while the manager in me just wanted the big picture idea.

The Chicago Cubs are among the most storied franchises in all of baseball. Their World Series drought is the stuff of legends; on par with the pre-2007 Boston Red Sox and the Detroit Lions. But I am not here to talk about history or goats. I’m here to talk about pantsless mascots.

On Monday the Cubs unveiled their new mascot, named Clark the Cub. As the name would suggest, Clark is a bear decked out in a Cubs uniform and a backwards hat. Only one thing is missing; his pants! Even Mets fans, who’s mascot is a man with a giant baseball for a head, are getting in on the attacks.

Everyone is outraged but upon further investigation, the pantsless mascot is an epidemic across Major League Baseball. Even here in Detroit, Paws doesn’t feel the need to put on pants before coming to work every day; a fireable offense in any other workplace. In related news, Big Foot has been spotted in Michigan. Reportedly he is not wearing pants either.

Last year the Cubs finished among the worst teams in baseball and have some very serious concerns to address in the off-season. Is Clark the Cub the spark this team needs to make a run? Probably not.