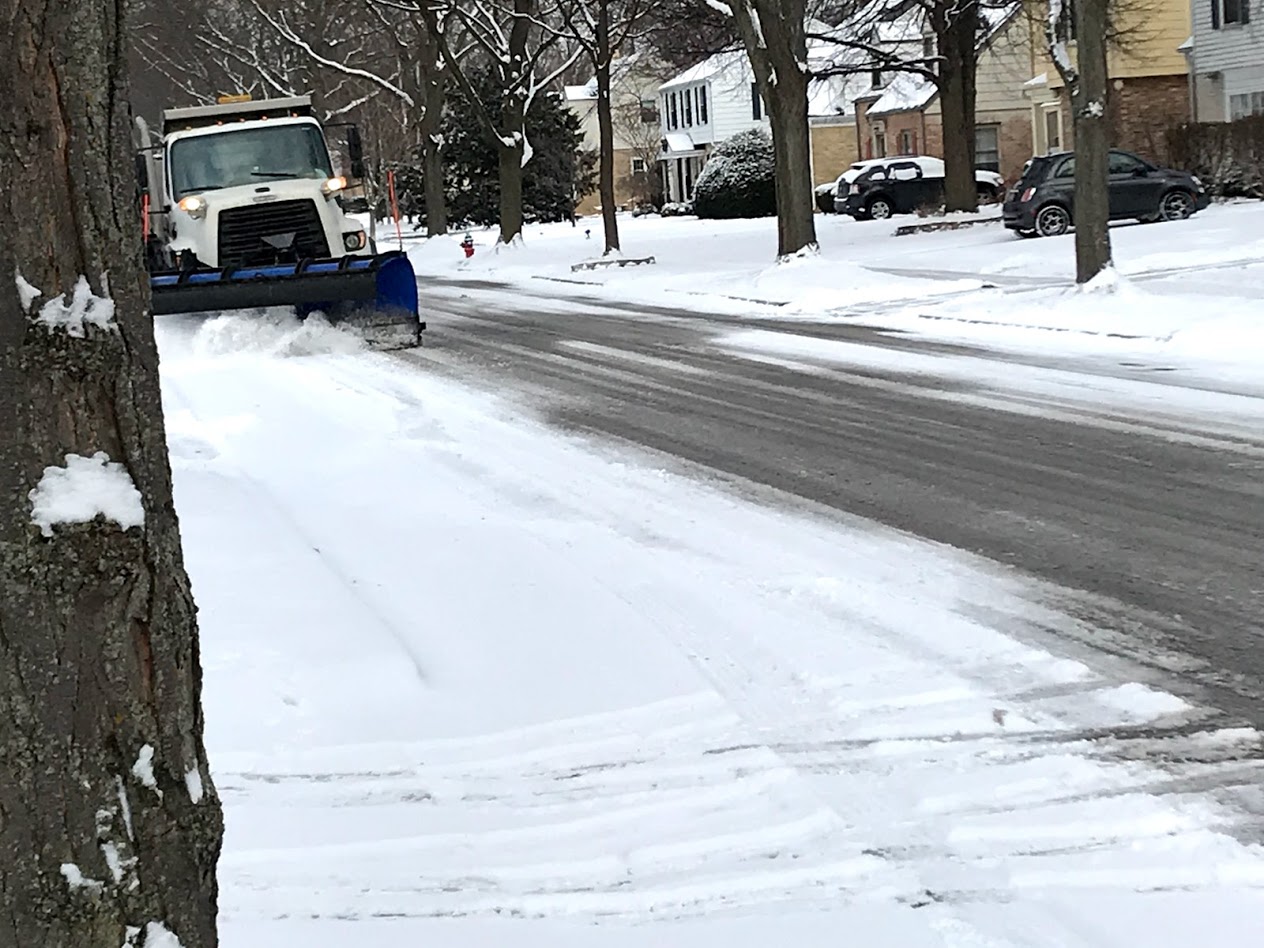 I rode along in one of the snow plows for a few reasons; first to get footage for the city’s social media to highlight the great work of our DPW staff. Second, so I can speak to the numbers that I’m crunching and reports I’m creating after the storm. Third, I am a child at heart who likes to ride around in big trucks.

Here’s the footage from my ride.

This was a 36-hour winter storm. Our crews reported to work at 11 p.m. Sunday night and finished with cleanup at 11 a.m. Tuesday morning. Roughly 30 individuals kept 200 lane miles clear for 36 hours straight. Not an easy task. (Our staff works on rotating shifts). Approximately 105 tons of salt were used, 4,200 miles were driven by our fleet. Fun stuff to analyze, and even more fun, once I crunch the costs!

Here’s what I learned (as I sat grinning ear to ear riding through the City in the big plow truck).

Most residents take clean streets for granted and don’t understand what goes into a snow removal operation. And why should they? As long as they can get from point A to point B in a safe manner they generally don’t care what it takes. Being a DPW employee, I’ve had the pleasure learning what it takes for a successful operation.

DPW employees often have an unforgiving and underappreciated job. They’re on the streets for more than eight hours at a time driving up and down and back and forth through the streets to make sure residents can get where they’re going. Not to mention, trying to operate around drivers that think they have the right of way. Folks, there are reasons the trucks are equipped with flashing lights and a sign that states “stay back 200 feet” and those reasons aren’t because anyone is afraid of the plow truck or driver getting hurt.
No way, no how are street getting plowed without several residents finding their vehicles pushed half way down the block.

From my ride along I gained an even greater appreciation for DPW staff, how what they do and how they handle winter storms, and that riding in big trucks remains a simple pleasure of mine. It was also a reminder to give these guys a break. Don’t tailgate, pass only in appropriate areas, don’t cut them off, or scream at them because they missed your street. They want to make it home to their families once they’ve done their part to keep your city safe.