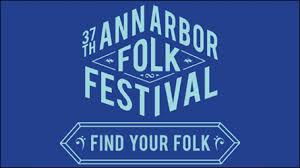 Topics this week the topics run the gamut from manufacturing to Downtown Development to Zamboni pipe dreams. We get in-depth on the Olympics and, of course the best sport at the Winter Games: curling! One topic not covered: snow. Don’t believe me? Read on…

The City of Iowa City is being asked to contribute funds to assist two businesses in downtown Iowa City. The two requests are being filed separately. The first is to help software developer MetaCommunications finish renovations on three floors downtown. The City is already offering to waive $31,680 in permit fees over five years if the company hires 20 full-time employees over the next three years. The catch? The firm already has a financial assistance offer from another City. The second request is from FilmScene, a non-profit organization running a small art-house cinema that opened downtown last fall. The non-profit is asking for $38,000 next fiscal year and $25,000 and $15,000 the following two years in spite of projected net losses over the next three years. City staff requests both requests.

2.       Michigan takes the Lead on Immigration

Last week Michigan Governor Rick Snyder took center stage in the nation’s immigration debate… sort of. Snyder plans to ask the federal government to allow Michigan to craft its own immigration policy to attract potential foreign-born residents to Detroit. This is no humanitarian effort; Snyder’s motivations are economic. He points to mass exodus of foreign born college graduates when they are unable to obtain visas after graduation. Snyder even has established his own Michigan Office for New Americans (nice name, right?). The plan is as controversial as it is unlikely to get Federal approval. This is the latest effort by states to take control over immigration policies that have remained stagnant in Congress.

3.       Is Midwest Manufacturing the Way Forward?

The Midwest has borne the brunt of the decay resulting from decline in manufacturing over the last several decades. The problem has been largely rooted in in the offshoring of manufacturing after methods are developed here in the US, and for good reason; it’s cheaper. President Obama announced continued funding for efforts to advance manufacturing here in the US through the National Network for Manufacturing Innovation (NNMI), which aims to leverage public and private resources to connect industry and universities together to further advanced manufacturing. Efforts are already underway in Youngstown, OH and Raleigh, NC.

In the Midwest if we’re not building cars we’re growing cherries, corn or soy beans. In fact, I stole the headline for this section from a bumper sticker I see on a weekly basis. After a long, contentious battle the Farm Bill was passed in the Senate this past week. In spite of the lame name it is a very big deal. The bill costs $96 billion annually; $956 billion over the next 10 years. The bill has wide-ranging impacts on the Midwest and the nation as a whole but the two most notable changes are the elimination of direct payments to farmers and the 1% decrease in Supplemental Nutrition Assistance Program. Read more about the impacts here. Also worth mentioning: Obama will be in East Lansing, MI to sign the bill Friday (Go Green?).

In Lake Elmo, MN resident Jim Leonard is fulfilling a lifetime dream of driving the Zamboni. Leonard uses his own Zamboni to tend to two public hockey rinks. In other places across the country public baseball diamonds and soccer fields are commonplace but in Minnesota outdoor public rinks are very common across the State as well. The city usually foots the bill for tending to the ice. This isn’t so much news as it is completely awesome.

Sochi is a Russian city with over 300,000 residents. Most recently the city has been in the news for its stray dogs, hotel issues and security worries but did you know the 2014 Winter Olympics are being hosted there as well? For real. Being an aspiring local government official (and a bit of cheapskate), all of this international scrutiny and the astronomical cost of hosting the Olympics makes me think twice about the value of hosting the event. It turns out I’m not the only one. In 1970 Denver, Colorado won the right to host the 1976 Winter Olympics. It was quite an accomplishment as they had been trying for 20 years.

However, not everyone in Colorado was as excited at the opportunity. An anti-Olympic movement was underway and in 1972 voters voted down a $5 million bond issuance to pay for the games by a 60 to 40.The Olympic Committee would only allow the games in Denver if there was public money pledged to support the cost. Denver was forced to withdrawal their bid. In spite of the frugality of their citizens Denver ended up losing $5 million on their Olympic bid that year. The most interesting part: Denver has submitted a bid for the 2022 Olympics.

Just because the Olympics are in Russia doesn’t mean that the Midwest can’t claim some credit for making the Olympics awesome. Here are some Midwestern Olympic ties:

Last Friday I had the pleasure of going to the first night of the Ann Arbor Folk festival (shout to my sister Sarah for taking me along). The Festival is an annual fundraising event for the Ark in Ann Arbor that brings in unbelievable lineups to Ann Arbor year after year. Here are my favorites from the evening.

Justin Townes Earle. Full disclosure: before the show even started Justin Townes Earle was my favorite performer at the Festival. He is unmatched in his Travis-picking ability. His performance was shorter than I would have liked it to be but it was my favorite of the night. Earle is a showman through and through. He comes across as very human on stage, telling personal stories and jokes between songs toeing the line between honesty and awkwardness but his talent shines through when starts playing. It’s really impressive how he can take his acoustic guitar and fill the entire hall. He played a brand new song called White, Dress, White Shoes and White Gardenias that got me excited for the next album. JTE essentials: Halfway to Jackson, They Killed John Henry, Hesitation Blues, Ain’t Waitin’, Movin’ On.

Thao & the Get Down Stay Down. These guys had me dancing my seat. Their title track from their first album “We the Common” carries a message of collective action and is incredibly catchy. Thoa, the charismatic frontwoman, is incredibly talented. She not only led the band with powerful vocals but played 3 different instruments (banjo, slide guitar and mandolin) throughout the set.

Pearl & the Beard. These guys get second place in the awesome band name contest. I had not heard of Pearl & the Beard before this show but I was blown away by their performance. The three piece consists of a guitar, drums and a cello as well as incredible vocals from all three members. They were able to ebb and flow between very intense drum-based songs to light, harmonious melodies. They had the entire crowd at full attention throughout the whole set.

Iron & Wine. You really cannot beat Sam Beam playing solo with an acoustic guitar but he’s still pretty great with a full band. When he plays by himself his soft, almost whispering vocals dominate the songs but live the drums and base take the lead. It’s always interesting to me to hear the difference between Iron & Wine’s live performances and the recorded versions. He has a habit of completely transforming songs each time he plays them.