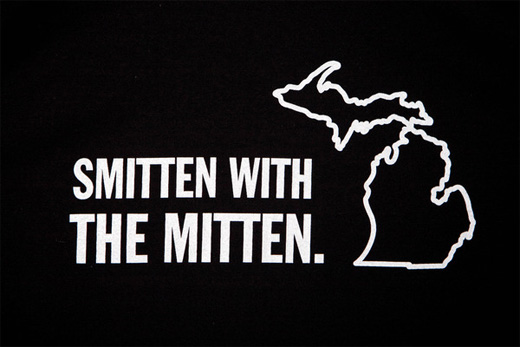 Welcome to this week’s Pure Midwest. Spring has sprung, baseball is in full swing and the end of the semester is in sight! This week we take a look at age restrictions on police officers, taxes in Michigan, and super-powered transit agencies. Put on your dancing shoes; this week we’re headed to Detroit to check out Jessica Hernandez & The Deltas.

1. Have No Fear. The Superagency is Here!

In Chicago, lawmakers are looking at establishing a “Superagency” to oversee the entire Chicago-area mass transit system. The idea for the new transit superagency was put together by a task force created in response to last year’s Metra scandal. The new six-county superagency has been met with opposition from those in the legislature, transit groups and Chicago Mayor Rahm Emmanuel. Experts say that action is unlikely in an election year. There are still no reports as to whether or not employees of the Superagency would be required to wear capes.

Mayor Michael Houston cast the deciding vote against rising the maximum age for new hires in the Springfield, IL police department this week. Currently the City allows applicants up to the age of 35, with the exception of veterans who can exceed the limit by one year for each year of service up to 10 years. The proposal would have risen the maximum age to 45, essentially eliminating the advantage for veterans, many of whom argue that the exception is needed to compensate veterans for the years they leave their communities to serve. The Mayor also has been pushing for a mandatory retirement age of 60 years old for all police officers. Learn more about age restrictions and veteran’s preference for police officers in your state.

Police and residents in Cedar Rapids’ Wellington Heights neighborhood are leveraging social capital and communication to decrease crime in their neighborhood. Community policing has been a tenant effective public safety since the mid-90’s but can be difficult to measure and implement. Officials in Cedar Rapids are pointing not only to the efforts of their officers but the efforts of community members to decrease crime in their neighborhood. Wellington Heights has seen a drop in arrests every year since 2009.

Oakland County, MI continues to weigh its options for water management in the midst of the restructuring of the Detroit Water & Sewage Department (DWSD) during Detroit’s bankruptcy proceedings. Officials in Wayne, Oakland and Macomb Counties have been considering forming a regional water authority to support the system going forward but have concerns regarding the long term costs of leasing from the City; estimated to be $46 million annually. The magnitude of the system is impressive; 3,000 miles of pipes over 1,000 square miles. The costs are just as large; the department carries $6 billion in debt. Negotiations between Emergency Manager Kevin Orr and suburban leader have stalled as of late. The situation remains fluid (get it?).

The Brent Spence Bridge in Frankfort, Kentucky could be the center of attention for the Kentucky Legislature in the coming weeks. The bridge is in need of repair and there is controversy between a Republican controlled Senate and Democratic controlled House over whether to repair or remove the bridge. At the center of the controversy is funding. A bill on the Governor’s desk would remove tolls from the bridge, cutting the funding and essentially ending the prospects of repairing the bridge. As Kentucky law currently stands, the toll would still require passage by the Legislature.

The Personal Property Tax (PPT) reforms going on in Michigan right now got me thinking about how local governments collect revenue. Local government revenue sources include a long and varying list, depending on where you live. A portion of revenue to counties, cities, villages, and local governments in Michigan comes from PPT; in some municipalities with large industrial bases, it’s a very large portion. In essence, PPT taxes the machinery and equipment of businesses. While the tax is considered hard to assess and enforce, the repeal represented a very real threat to fiscal capacity of municipalities around the state. Last week the legislature presented a package of bills to ensure municipalities don’t lose any revenue. For now. The funding source would be transferred from PPT to a larger portion of state shared revenue from a 6% use-tax on out of state purchases.

In my Intro to Local Government class my professors liked to use the phrase, “As City Managers we are administrative fish swimming in a political sea.” In this context I would argue it’s more of a political fish tank. While I am glad that the legislature understands that 100% replacement is essential, I question the long-term reliability of that replacement coming from the State government. While PPT was at times onerous, it was a tax collected and controlled by local governments (millage rates determined the level of taxation and local treasuries collected). Rather than tweaking the PPT, our Michigan Governor and Legislature have done away with much of that tax base eligibility, leaving more reliance on residential and remaining business sources; the revenue baby has been thrown out with the bathwater. By putting that capacity into the hands of the legislature local governments lose even more self-determination in a State where revenue sources are already rare.

In the big picture, increasing the reliance of local governments on the State and Federal Government reduces the autonomy of municipalities and, worse, leave crucial revenue streams in the hands of the legislature. There is historical evidence that this is not a good thing. Check out this discussion on Michigan Public Radio about problems with revenue sharing in the past. While promises of full replacement are well-intentioned by those making the promises here today when, down the road, the term-limited legislature faces budgetary challenges it may be easier to make cuts to local government revenue sharing than services the State is providing.

As public administrators we do not play politician. Our obligations are not to a political party or an ideology but to our residents. I did not chose to write about PPT this week to propagate a political agenda but rather to underline the point that we have a responsibility to our communities to understand the implications, and in some cases consequences, of legislative action. In order for local governments to thrive we must maintain an awareness and active interest in our fish tank’s landscape.

Continuing with the Michigan-centric theme I inadvertently have going this week we’re looking at Jessica Hernandez & the Deltas. Jessica is from the heart of Detroit, Michigan. By that I mean Detroit proper, not metro-Detroit. I came across Jessica Hernandez & the Deltas in the typical millennial fashion, on Facebook. I’ve been hooked for the last week or so. The band has a deep, almost gothic tone to their stuff. I could totally see Shadow Boy being the soundtrack to a scene in some dungeon in the depths Mordor. At the same time there is an avoidable backbone comprised of jazz and funk to songs like Caught Up & Big Town. There is no doubt the band’s sound is defined by Jessica’s lead vocals. I’m trying to find a better term than “power vocals” to describe her singing but I’m drawing a blank. There is undoubtedly a complexity to their sound that is best served by getting on YouTube and listening to seemingly never ending list of live songs you’ll find there.

Probably best of all, she’s a real Detroiter who has invested in her community. Just another example of how music and local government might not be so different after all!

The band just put an EP, Demons, which you can hear in its entirety on their website. Also, they are always posting something awesome on their Facebook page. It’s totally worth following. Keep an eye out for their stop in your town; their touring right now. Normally I’m not a fan of reviewing artists until I’ve had a chance to see them live but I am waiting with baited breath for her show in May at the Ark in Ann Arbor.