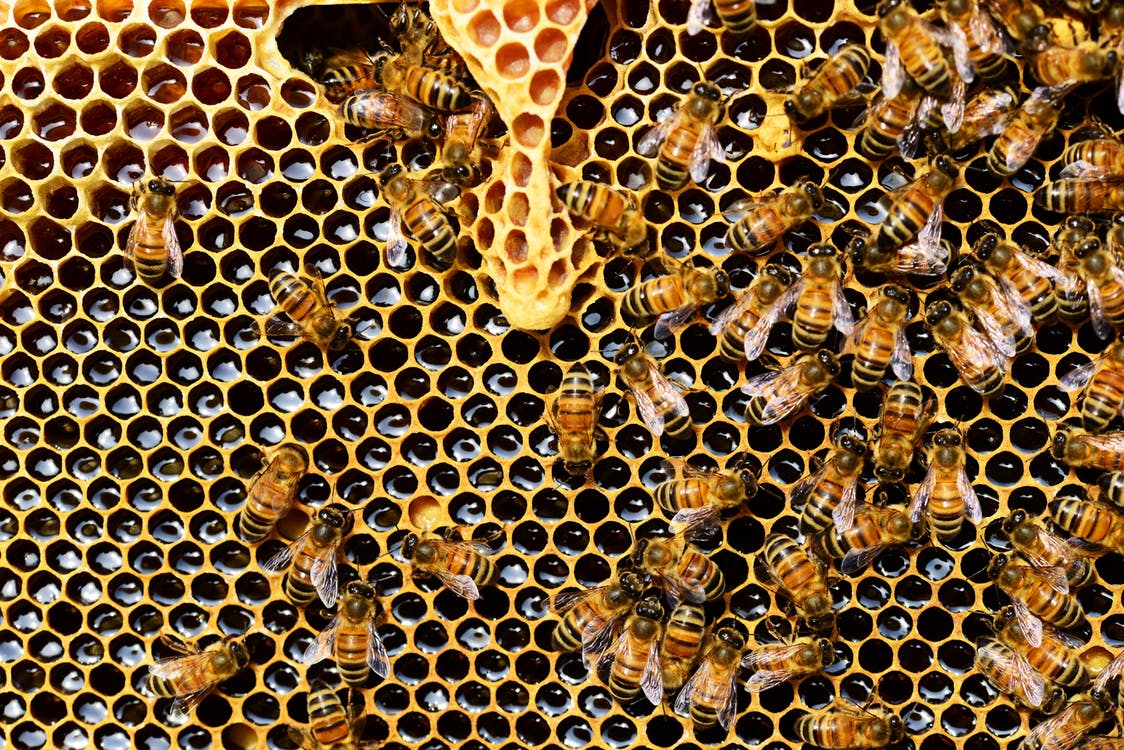 Today’s Buzz is all about the bees. Get it?

What I’m Listening to – Bleachers – Don’t Take the Money

What I’m Watching – I know I’m late, but I just started watching Stranger Things.  I’ve only watched the first two episodes of the first season.

What I’m Doing – I am learning about the barriers to accessing affordable housing in California.

Disclaimer: Bees, or their regulation, have been a topic of discussion in Santa Ana since March 2015, when three dogs were attacked by bees (view the story here).  After this isolated incident occurred, a killer bee narrative circulated through most of our 64 neighborhoods, fostering an anti-beekeeping sentiment.  However, advocates who support residential beekeeping have recently launched an initiative to bring back the bees.

In 1979, the Santa Ana City Council adopted Ordinance No. NS-1466, which prohibited the keeping of any hive or swarm of honey bees or any other kind of wasp or bee within City limits, with the exception of apiaries located in the City’s General Agricultural (A-1) zoning district with an approved conditional use permit (CUP).  Currently, beekeeping is not allowed in any other zoning district.  Within the past few years, there has been an increase in activity from community members in supporting the bee population and the by-products of beekeeping.  After numerous community meetings (isn’t there a better term for this?), our Planning and Building Agency, the department responsible for the regulation of bees, was directed by our City Council to research and develop a new ordinance that would allow beekeeping on residential properties.  Our staff used existing ordinances from the following cities as models for our proposed beekeeping ordinance: Los Angeles, CA; New York, NY; Seattle, WA; Portland, OR; and San Francisco, CA.

THE CHANGING CONTEXT IN URBAN BEEKEEPING

Bees have been declining in great numbers for decades and are threatened with Colony Collapse Disorder (CCD).  There are a number of factors that contribute to their decline, including changing weather patterns, loss of forage, bee pests and the use of pesticides.  Studies show that bees play an important role in both our ecosystem and our economy, and that they pollinate more than one-third of the world’s crops.  Indirectly, bees are also responsible for alfalfa pollination and alfalfa seeds, which assist in the production of meat and dairy products.  By having bees within City boundaries, plants of all types could benefit from bees’ agricultural services (a fancy term that means “insect pollination); for example, garden crops could have higher yields.  In addition, allowing for small-scale beekeeping in urban areas is thought to be a potential means to mitigate the effects of CCD.  In light of these benefits, many communities throughout the United States have begun to explore drafting new or modifying existing land use ordinances, or policies, pertaining to beekeeping in urban areas.

Staff from our Planning and Building Agency researched residential beekeeping regulations and guidelines in other cities in California and other states.  A summary of these findings can be viewed on our website.  In addition, our staff consulted with the Orange County Agricultural Commissioner, the City’s Animal Control Division, and a local biologist who specializes in bee research, to discuss proposed regulations and to address safety concerns.  Their finding seem to indicate that beekeeping is a use that is compatible with other urban uses, since domestic bees are typically docile and non-aggressive, and become defensive only when their hives are directly threatened.  Furthermore, our staff launched a survey via web, email, and social media, to collect quantitative and qualitative data from residents and other community members.  In total, 143 surveys were completed by individuals.

Based on our staff’s findings, our Planning and Building Agency staff presented and ordinance to the Santa Ana City Council on Tuesday, November 7, 2017.  Below is a summary of the regulations included in the proposed ordinance.

The Santa Ana City Council approved the first reading of the proposed ordinance with no comments or changes at the November 7, 2017 City Council meeting.  A second reading is scheduled for November 21, 2017.  If the ordinance is approved by the City Council, it would take effect 30 days thereafter.  For additional information, please review the staff report submitted to the City Council.