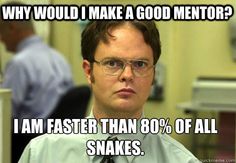 In this multi-part blog series, Julie Underwood interviews the women who were the first female managers in cities across the country:

Male mentors made a difference

Another question that I asked was: “What convinced you that you should take this next step in your career?” Much has been written about the differences between women and men with regards to this issue, with one widely read article being, The Confidence Gap in The Atlantic.

For Kris it was when her past (male) supervisor, someone who knew her well and who she trusted, who helped convince her. She said that it wasn’t that she lacked confidence; it was more about validation. Kris knew that she had worked hard to develop her skills and build a good network of professionals and peers to call on and it was validating when her boss and mentor confirmed her readiness.

I feel I cannot overstate the importance of having a mentor help get you to the next level. Eden said, “While serving as Assistant City Manager in Sandy Springs, Georgia, I was extremely fortunate to work for a City Manager (John McDonough) who is an amazing mentor. Having his confidence helped make the decision easier for me.” Denise had a similar response, “I had good mentors that encouraged me and helped me prepare for the selection process.” And speaking from my experience, my boss and mentor, Bob Olander, told me I was ready and capable; this built up the confidence I needed to apply and compete for the job.

In Jeri’s experience, by virtue of the field she is in, she simply had more male role models she looked up to. In fact, it meant a lot to her personally and professionally when the Police Chief in Phoenix, Jack Harris, put his trust in her and named her Assistant Chief.

For the women who had a chance to be in an acting role, they realized that they could do the job, and for some, they were just ready for the “big chair.” There were a few who didn’t know they were ready; it was more about an opportunity presenting itself.