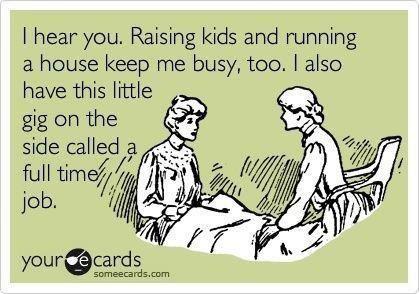 In this multi-part blog series, Julie Underwood interviews the women who were the first female manager in cities across the country.  Read the first blog post here and the second post here.

I also wanted to know if personal lives, like family and marriage, played a role in their decision to take on these demanding roles. In other words, how did their spouse or children factor into their decision to apply and/or accept the job.

For the majority, personal factors were simplified if a spouse was predominantly responsible for the children and household or had a career that was flexible such as teaching or self-employment. And in some cases, there were no children or they were divorced. Many of the women spoke about involving their families in the decision to relocate, often bringing them to visit the area under consideration.

Would this be a concern if I were a man?

Needless to say, marital or familial issues cannot be discussed as part of an interview for obvious discriminatory reasons. However, I believe it is often an unspoken consideration, especially for female candidates. For example, when I went through my appointment as a first-time City Manager (and first female), a Councilmember asked my former boss, the then retiring City Manager, about my real interest in the job since I had just had a child about six months before. My boss replied, “Would you be asking this if she were a man?”

Could we be experiencing implicit bias, where attitudes, stereotypes, or assumptions are influencing someone’s understanding, actions, and decisions in an unconscious way?

Do we unconsciously assume that women are responsible for children and household matters, and therefore, cannot possibly commit themselves to a career? Is this a factor contributing to #13percent? I believe so.