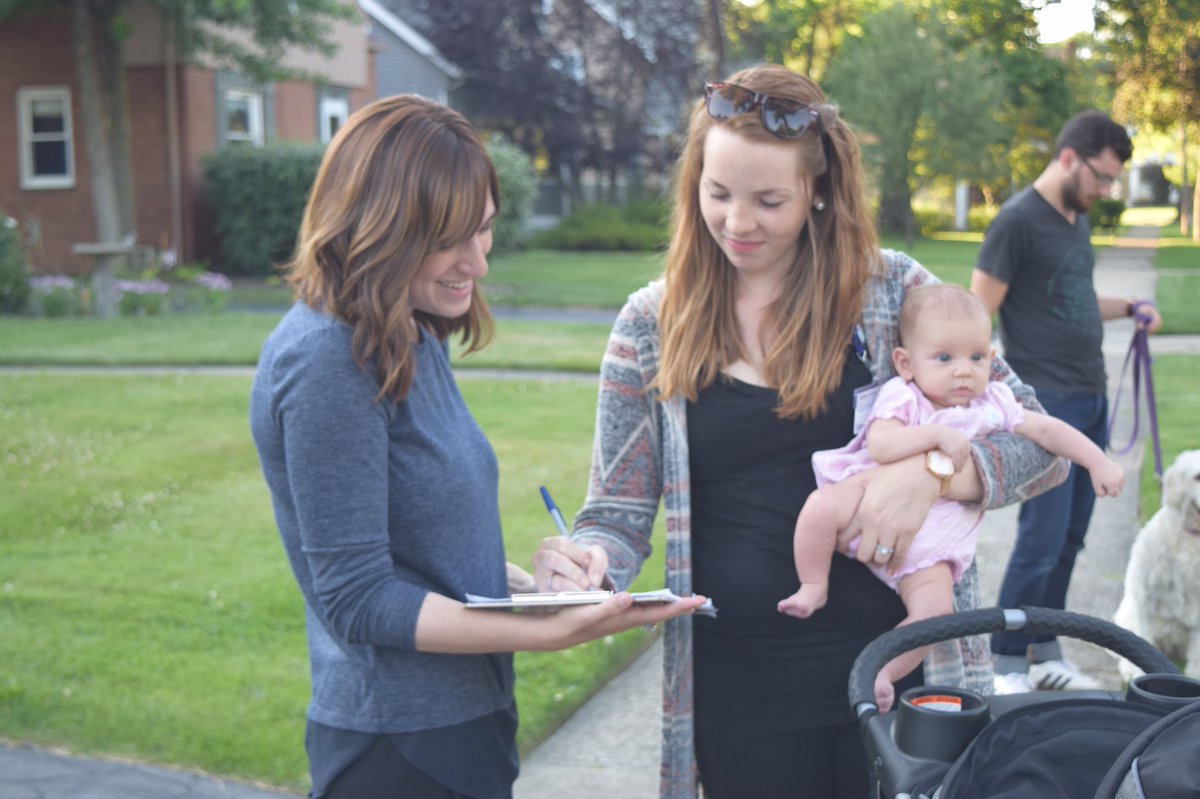 Elizabeth Vogel, Deputy Supervisor at Charter Township of Clinton, kicked off our series, “Continuing the #13Percent Conversation.” Hannah Lebovits, candidate for Uiversity Heights, Ohio, City Council, continues it by sharing her experience. Sign up to be guest writer for this series.

The other day, my toddler asked me if Miss Frizzle is a mommy. “Uh-oh,” I thought, “here we go.” I started to explain to her that some women choose to be mothers while others choose to invest their energies in other pursuits, such as teaching science and driving a magical school bus. But then I stopped myself.
I realized that I actually don’t know whether Miss Frizzle has children or not. In fact, it’s fairly possible that she has a very fulfilling home life but prefers not to discuss her personal life with her students (a very appropriate measure, IMO). So instead of answering the question, I asked one of my own. “Do you think Miss Frizzle is a mommy?” My daughter chuckled. “Of course she is, silly. The kids in the show are her kids!” Mind you, this is not the first time I’ve been duped by her cunning use of the rhetorical question.
This conversation was pretty brief, and we moved on to our epic disagreement about whether apple juice is better than fruit punch (Team Fruit Punch for the win!). Still, it got me thinking – why did I immediately assume that Miss Frizzle isn’t a mother? Who says an incredible science teacher can’t be an amazing mother as well?
Over the last few decades, many women have given accounts of how their professional careers were limited by male-dominated culture. No doubt, the abysmally small number of women in local government leadership, what we colloquially refer to as #13percent, is likely nurtured by this viewpoint.
But, I have to be honest – I don’t share that perspective. I’ve been privileged to have worked with men that were professional, encouraging and responsive. In fact, the men that I’ve worked with in local government and academia have been some of the most influential in my career progress. My first supervisor at the New York City Council brought me along when he got a promotion to the Manhattan Borough President’s Office. A professor that I worked with years ago is an instrumental part of my academic and professional life. And many of the men that I’ve met on my campaign have connected me with leaders in the government, business and nonprofit fields. And while I know that this might not be everyone’s experience, I’ve found that more often than not, the bosses who did not foster or encourage my growth were women.

Before I had my daughter, a female professor told me, “you can’t take my class if you’re about to have a baby – you’ll never come back from maternity leave.” (I took other classes, had the baby and finished the semester with a 4.0). I had a female boss who suggested that it was not in my best professional interests to ask to skip a meeting when my babysitter called in sick. And I’m still miffed that a female supervisor once asked me to get the coffee even though I was the manager in a room with several male interns. Now, I’m not saying that these women meant to inhibit my success, mess with my graduation schedule or demean me, but as women we need to be aware that we’re not only fighting for our own legitimacy – we are modeling behavior for the men in the room.
So why did I assume that Miss Frizzle doesn’t have a family life? Probably for the same reason that I’ve had so many frustrating female bosses and one of the reasons that #13percent still exists – because as much as we women have achieved in the male-dominated workforce, many of us still carry our own internal biases and our views of what women can and cannot achieve. And, trust me, I’d admonishing myself here too!
When I brought my son to the ICMA conference two weeks ago, I was certain I could bring him to every session, nurse him during breaks and put him to sleep in his stroller. Lo and behold, he was not interested in staying quiet, the nursing room was in the most infuriating part of the convention center and he refused to nap outside of his crib. I felt defeated when I finally called a friend to babysit. As I waited for her to pick him up, it definitely crossed my mind to tell my ICMA friends back home never to bring their babies. But, I didn’t. Because we WIGs (women in government) are doing a disservice to our friends and families when we shut people down before they even get started. In fact, did you know that the ICMA conferences used to have babysitting and child-related activities when the managers were mostly men? It’s true! And now that we have more women, we have….no babysitting??? It seems odd but looking at my own experience as a small sample, I can understand why. Women likely decided to just leave the kids at home, and their friends did the same.
If we rwant to see and improvement in #13percent, women need to be leading by example. I urge every woman to show their families with pride, relentlessly pursue every opportunity, prioritize in a way that makes sense for your life and, above all, push other women forward. If every woman in #13percent mentored and nurtured four women, we’d have #52percent in no time! And perhaps then they’ll bring babysitting back to ICMA. ?

The Best Ever with Hannah Lebovits, Policy Matters Ohio

I Have to Ask You: Running to Change the Rhetoric