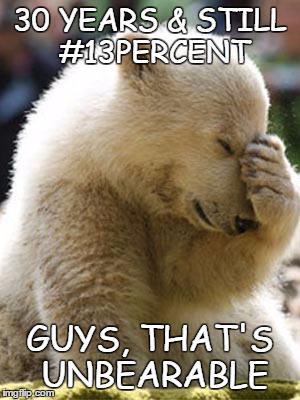 Contributing to the 13% discussion is both an honor and a challenge. I am honored to join my friend and ELGL co-founder Kirsten Wyatt in advancing the cause of gender equality in public administration and I am challenged to find meaningful, relevant subjects upon which to opine and take action.

The literature, speeches and anecdotal stories have called upon women to take charge of their own career trajectory and I have assumed that we have already been doing so. However, the daunting 13% measurement remains, so perhaps our efforts need to be improved upon and if they do, where should our energies be focused?

In their article “Women Leaders and Entrepreneurs: Exploring the Interpersonal Behaviors of Developing, Maintaining, and Leveraging ‘Social Capital’” published in the January, 2014 Academy of Entrepreneurship Journal, Margarete Smith-Knopik and Tamara Moerer point to networking as the most important life skill for personal and professional success. Networking has been a long-recognized factor for career advancement but the authors expand the concept to what they label “social capital” and define as “building positive connections that benefit those giving and receiving — personally and professionally.”

The authors and other researchers have found that gender has a “strong influence on social capital” and that women “have less of it and men excel at strategically building crucial professional relationships.” I wondered why this was borne out in the research. Perhaps it is that men simply have greater access to individuals with whom networking will help them professionally. However, after reading the article I suspect there may be a deeper, more foundational reason — which is building social capital is simply something that men innately do without having to think about it. Social capital, as described by the authors as “intentional interactions and intentional relationship building for one’s own benefit” has an element of self-serving that women are enculturated to eschew.

Growing up, women are expected to be humble, gracious and self-sacrificing. Try giving a woman a compliment and see how she reacts; the majority of the time she will deflect the praise rather than owning it (but that’s another column). Certainly, these are all admirable qualities and have contributed to our success as thoughtful, empathetic leaders. As women transition from the front desk to the corner office we learn that those same rules are in effect, but now add the attributes to take charge, be assertive and speak up. These are traits that have been encouraged for males (whether they wanted them or not) and are difficult for women to perform as adroitly.

Of course, not all women are the same and there is a wide spectrum of ability for creating and growing social capital. Smith-Knopik and Moerer recognize this by classifying some women as “Entrepreneurs” and others as “Leaders” in their research. Those with a more entrepreneurial focus mentioned the value of knowing people who could help them; that social capital represented a “bank” of contacts. The Entrepreneurs described the phenomenon of social capital as a centralizing effort with “me” being the core. The Leaders, being more inclusive, focused on the “we” factor.

It is difficult to distill an academic article into a few sentences and as a result my take-away from this research is not a definitive answer but instead a call to self-reflection and hopefully, action. The Leaders asked for career support and advice from their network but the Entrepreneurs were more attuned to the benefits of intentional interactions and relationships. It makes sense that a small business owner would have a “survival” mentality that helped them overcome their internal, subconscious resistance to self-service (in this case, the success of their business). One participant in the research study summarized her social capital abilities thusly: “I do very well at staying in touch with people, being helpful and supportive of them and having them remember who I am. I have a great deal of social capital, but I am not always astute as to how best capitalize on it in a strategic way.”

What is the balance in the “bank” of your social capital? Are you being intentional with your time and energy in the interactions and relationships you are fostering? After examining your portfolio of social capital take the next step of identifying any gaps to which your next efforts will be applied and then think about the meaningful, authentic connections you intend to make. Authenticity is key; social capital is not a means to an end and we must bring a real benefit to those with whom we engage in the social capital relationship.
I recently embraced the challenge to build social capital to help in the 13% initiative and asked a prominent politician that I do not know if I could call her for advice for this cause. She graciously agreed and gave me a time frame to contact her. I was extremely nervous to approach a very powerful woman who undoubtedly fields many requests for assistance. I intend to follow up with her and if I am successful, recruit a powerful ally for ELGL and women in public administration. If it doesn’t work out, at the very least I am practicing being intentional at the onset of my interactions which will in time increase my social capital balance and add to the “banks” of others.