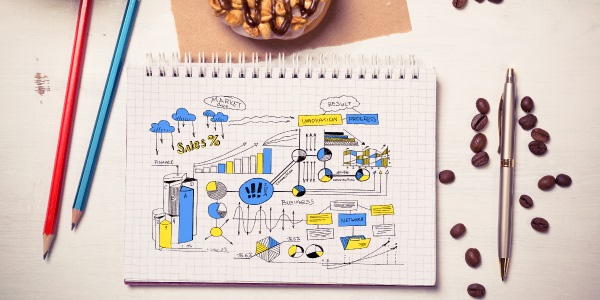 Brian Alexander is a summer research fellow at CoProcure and a first-year Master of Public Policy candidate at UC Berkeley’s Goldman School of Public Policy. Previously, he served as a Senior Policy Analyst at the Maryland Governor’s Office for Children with a focus on reducing the impact of parental incarceration on children and families. A graduate of the University of Notre Dame and a Maryland native, Brian is excited to be working with CoProcure to address the barriers to efficient procurement and contracting that diminish the quality of government services.

How governments are navigating through procurement (and around the RFP)

If you’re a government employee or a vendor doing business with the government, procurement is probably not your favorite word. Talk to anyone in government whose job description touches procurement or contract management, and they will probably tell you it’s the most time-intensive, complicated, painful part of their job. At the local level, procurement can take 6 to 18 months; just writing a Request for Proposal (RFP) can take nearly 250 hours.

One need not dig too deep into our political past to understand how public procurement became so time-consuming and complicated. For U.S. history enthusiasts, or at least those with a better attention span in high school history than me, the exploits of Boss Tweed or the Teapot Dome scandal serve as cautionary tales for what can happen when there are insufficient safeguards to keep government agencies from abusing the public purse. Even today, contract-steering and fraud scandals, though usually less audacious, continue to pop up across federal, state, and local levels.

Public purchasing involves navigating these well-intended, but complex policies and processes to make a purchase. Suffice it to say that purchasing goods or services in government is much more complicated than simply swiping a credit card. How does public purchasing work, and how are governments navigating through (or around) the web of legal requirements to deliver for the agencies they serve?

The (Dreaded) Request for Proposals Process

Most governments are now legally required to put any purchase above a certain dollar threshold out to bid, usually through a Request for Proposals (RFP). These RFPs aim to ideally allow businesses to get a sense of the available opportunities to work with the public sector and submit proposals for how these businesses will satisfy the government’s requirements.

While RFPs were designed to ensure some level of competition for government dollars, their length and complexity often actually limits competition. The slow pace of the RFP frustrates vendors and government staff alike. Vendors spend time and money applying for public business (up to $1.5M to submit a bid). The process is often prohibitive for small businesses and startups, which struggle to survive long sales cycles (and perish in the so-called “valley of death”). In turn, government employees who urgently need a tool or service to complete mission-critical work must wait months just to get through purchasing.

Beyond the RFP
Given these constraints, it is unsurprising that government officials and businesses have found ways to circumvent the traditional RFP process. Especially when it comes to purchasing technology, governments and vendors are increasingly avoiding the traditional RFP. Here’s a quick rundown of popular RFP workarounds for startups and small businesses selling to local governments:

1) Sell below the threshold:
Local governments have an explicit dollar threshold dictated by statute or policy; purchases above this threshold require a formal bidding process. However, these dollar values vary widely from one local government to the next. For example, St. Louis requires a competitive process for any government purchase over $5,000, but South Bend, a city one third the size of St. Louis, sets the number at $75,000. There is no exact science to setting these thresholds, but higher amounts give governments and contractors more flexibility in avoiding a competitive bidding process.

In some instances, governments may divide a particular project into pieces to be procured separately at dollar amounts that all fall below the formal competitive cutoff. Savvy vendors will purposely set their prices a few dollars below the mark to sell faster to public agencies. This can be a good way to get started buying and selling technology, but is most effective for small-scale projects or pilots since ability of projects to grow is limited.

2) Aim to be sole-sourced
In general, if a government can show that a given vendor is the only one that can deliver a desired product, it can avoid a formal RFP by awarding a sole-source, or no-bid, contract. Sole-source contracts are common in federal defense contracting and for goods and services required for emergency response. Recently, sole-source procurement of technology has been gaining traction among cities, particularly as procurement officials struggle to keep up with the rapid evolution of software and technology.

On the surface, this is clearly an attractive option for govtech companies selling into government, since it can reduce the government sales cycle to about 3 months instead of 6-18. But as sole-sourcing has gained popularity, it has also come under increasing scrutiny, with many expressing skepticism that a particular vendor is the only one who can provide a service or raising alarms at how many dollars are now being spent in the absence of competition.

3) Subcontract with a larger company
For small businesses or startups, joining a government contract as a subcontractor can be a good way to get a foot in the door of the government market without the administrative burden of a full competitive process or the need for a rolodex of previous government clients. The subcontracting terms often differ from one contract to another, but in many cases, governments have a legal requirement to set aside some portion of spending for small, local, or minority-owned business, which can be fulfilled by having those types of businesses serve as subcontractors on larger contracts. While this can be a lighter administrative lift for smaller companies or newer entrants, it does not significantly expedite the procurement process. In addition, larger players often take a significant commission on the business they channel to smaller companies.

4) Participate in a pre-qualified vendor pool
Given the slow pace of procurement, some government officials have created ways to pre-qualify vendors in advance of a need, so agencies can more rapidly obtain the services they need when they need them. This can take on a number of different forms, from state-level pre-qualification pools like California’s Agile Development Pre-Qualified vendor pool to local government bench contracts. At the local level, these kinds of contracts can shorten the procurement process from months to days.

By pre-qualifying vendors up-front to provide tech and creative services, government buyers can bypass the writing of a formal RFP and instead simply send a scope of work to the pre-qualified vendors before moving forward with a purchase. The practice is relatively new, and many vendors have expressed excitement about attempts to test this new purchasing method. However, in some cases, vendors have also noted that the process to become pre-qualified can still be very time-consuming and costly, and the likelihood of winning future opportunities still uncertain.

5) Leverage cooperative purchasing
At a high level, cooperative purchasing is when governments buy things together. A single government, regional association of governments, or national cooperative (like Sourcewell, U.S. Communities, or NASPO Value Point) can lead a solicitation, or a government can utilize a contract that another public agency has already competitively bid. Cooperatives already serve thousands of governments across the United States, mostly in the area of commodities (janitorial supplies, road salt, fire trucks, computers). Cooperative purchasing saves governments the administrative burden of running their own procurement processes. In addition, by aggregating demand, governments can often negotiate better pricing with vendors. For example, Los Angeles County leads the procurement of aerial imagery on behalf of 40+ municipalities and other public agencies. This saves time and money for government participants, like the City of Los Angeles, which reduced its imagery procurement bill from approximately $1M to $750K.