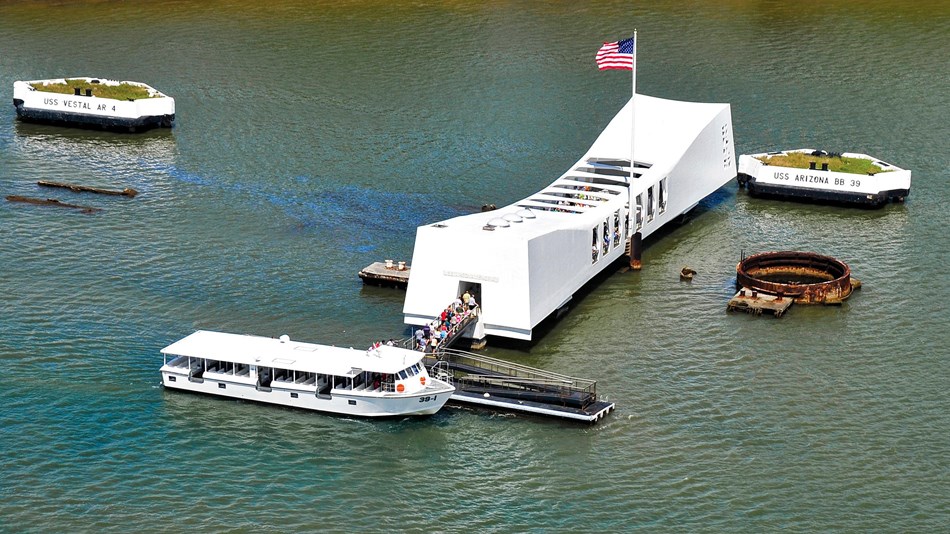 This December marks the 80th anniversary of the surprise attack on the naval base and surrounding military facilities at Pearl Harbor, Hawaii.  As a result of the attack, the Navy’s Pacific Fleet lay in ruins and the United States formally entered into World War II. There were countless acts of heroism and tragedy on that infamous day. However, there is one particular story from Pearl Harbor that I feel really can offer some important lessons for all of us in the local government management field.  It is from the events that occurred that day at a place called Opana.

The Opana facility was tasked with air defense of the Hawaiian island of Oahu and the Pearl Harbor area’s numerous military installations. It housed one of the U.S. Army’s newest technologies – radar. On the sleepy Sunday morning of December 7th, two U.S. Army privates practiced operating the radar equipment.  Around 7:00 AM, both of them detected a very unusual return on their radar.  It was a large formation of unidentified aircraft quickly approaching Oahu. Both soldiers were concerned by what they found, so they phoned the information center at nearby Fort Shafter.

Since it was early on a Sunday morning, Fort Shafter was quiet and most of those few still on duty were heading to breakfast. A private answered the line and was able to flag down the only duty officer he could find, 1st Lieutenant Kermit Tyler, who was a young Army fighter pilot on a temporary duty assignment and unfamiliar with radar. Based on his limited knowledge and understanding of the equipment, Lt. Tyler decided that the only rational explanation was that these were an expected squadron of U.S. Army bombers flying to Hawaii from California. He then famously told the soldiers at Opana, “Don’t worry about it”. As we know now, it was not the U.S. Army bombers showing up on the radar, but the inbound Japanese strike force heading to Pearl Harbor.

The story that unfolded at Opana is not completely unlike the scenarios that local government professionals can often find themselves placed in their daily operations. Have you ever had front-line employees report unexpected issues and problems? We all have at some point. Snowplows break down on the eve of a big approaching winter storm?  How about unanticipated downward trends showing up in revenue collection?  Trouble with project management or a particular construction site? Concerns with a software program not working properly?  Any bumps in the road with annual budget expenditures? Remember when COVID-19 seemed like a distant problem only affecting foreign lands? Those of us in local government management all have these kinds of stories and experiences, plus some likely much more exotic and terrifying.

The main issue is that when these ‘blips on the radar’ problems and concerns happen, they often will not be first reported to the city manager or department head; instead, they typically arrive at the feet of a junior or mid-level supervisor in our organizations. What happens when the director is out of the office and instead it’s a young public works supervisor new to the job that’s taking that phone call about the accident involving a sanitation truck, an urgent request for detailed budget information from the Mayor’s Office, or responding to an upset resident that’s standing at the front desk of City Hall demanding that someone fix the drainage in their neighborhood – have we prepared and trained them well enough to be ready to respond accordingly when the unexpected occurs?

Similar to the position that Lt. Tyler found himself in, it’s not hard to see how those in lower to mid-level management positions (and especially who might not have a lot of prior leadership experiences, or aren’t strongly versed in a specific technical background) can make haphazard assumptions on the spot in response to unforeseen, pressing and time-sensitive problems.  What kind of effect does that have on your organization?  If a wrong decision is made, or someone does not have enough background knowledge to be concerned so they simply say, “Don’t worry about it,” things could go bad quickly.  Can you instead provide a way to get your supervisory staff more ready and prepared beforehand? The answer is yes.

Providing ongoing training, cultivating experience, and promoting leadership development for our municipal government’s staff is all critically important. We’re fortunate to have access to so many outstanding educational resources through ELGL and other organizations – take advantage of them! We are all too busy and it’s easy to put professional development on the backburner in favor of the pressing issues of the day.  Resist the temptation and treat it instead as a standing meeting or commitment. Opportunities at national and state conferences are obviously great, but viewing educational webinars, reading web posts or articles in professional magazines (you know, those ones that stack up on your desk, waiting for a slow day that never seems to come), or exploring the wealth of materials and information available from ELGL and other similar professional organizations is just as valuable.

Make sure you’re including your staff too, especially the supervisors and management personnel at all levels. Not only are these people the leaders of your organization (and often might be thrust into important leadership roles, quite literally on the spot), they are also the future of our entire profession. The more we can do to develop professional local government leaders benefits all of our organizations and communities. We can essentially start planting the trees today that will provide us shade tomorrow.

The same goes for mentoring employees as well. It can be as formal as an internal leadership development program (there are some great examples out there from many communities), or as informal as making sure to catch up regularly with your people over a cup of coffee when visiting with them at their job site. Either way it’s done, there are some common items and general themes that would be good to focus on in your discussions.  These can include some of the following:

These investments in time and energy can go a long way in staying prepared for the things that might suddenly appear on the organization’s proverbial radar screen.  Providing as much education, training, knowledge, and feedback upfront to staff now is invaluable when the unexpected occurs in the future. And it will.

So, whatever happened to 1st Lieutenant Tyler?  After the attack on Pearl Harbor, he flew aerial combat missions in the Pacific Theater during WWII. He remained an Army pilot, eventually retired from the U.S. Air Force at the rank of Lieutenant Colonel, and passed away in 2010. Both Congressional and U.S. Army inquiries into the events at Pearl Harbor found him not to be at fault because he wasn’t properly trained or experienced in radar operations.  We can only assume that he would certainly have been a big proponent of organizations that foster opportunities for their junior or mid-level supervisors to gain greater knowledge and more experience before the unexpected comes knocking on the door. We all should be, too.