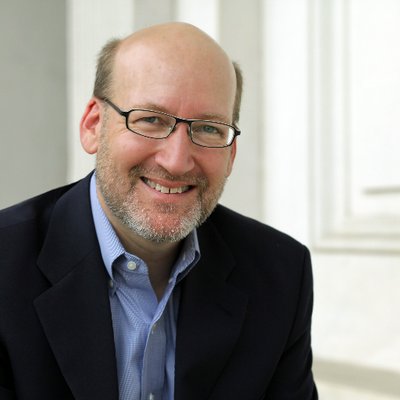 ELGL Co-Founder Kent Wyatt sat down with Andrew Kleine, the former Baltimore budget director whose new book, City on the Line: How Baltimore Transformed its Budget to Beat the Great Recession and Deliver Outcomes, will be published in October.  The book is available for pre-order here.

ELGL: What motivated you to write City on the Line?

AK: First, I love to write, and the book was an expression of my creative side, which had been buried under a large pile of policy memos.  Second, I had a story to tell. In many ways, Baltimore came out of the Great Recession fiscally stronger than before, and Outcome Budgeting was a big reason why.  Third, many cities had sought Baltimore’s guidance for transforming their own budgets, including Los Angeles, Seattle, Atlanta, Philadelphia, and Houston. The traditional, incremental budget process isn’t getting the job done for local government leaders who see needs growing faster than revenues.  They are looking for a new way. 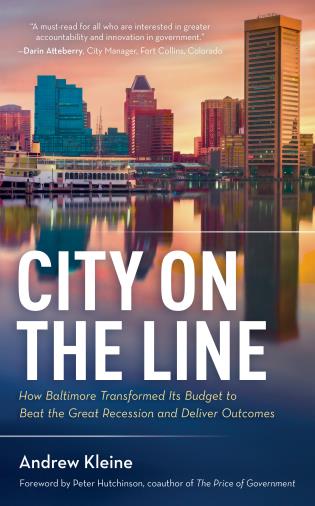 ELGL: What would you say was the most important benefit of Outcome Budgeting for Baltimore?

AK: A longer-term perspective on the city’s challenges.  Baltimore is the cradle of CitiStat, which was all about operational metrics that could be updated and reviewed biweekly.  Outcome Budgeting got specific about the big issues that mattered most to residents, how to measure our progress, and what it would take to “turn the curve,” so to speak.

ELGL: Is there anything about your Outcome Budgeting implementation that you’d like to do over?

AK: I would keep agency heads closer to me.  Outcome Budgeting can be threatening to them, because it encourages more competition and collaboration for resources.  It’s an exciting opportunity for entrepreneurial agency heads, but old school executives have a harder time adjusting. I want all agency heads to be able to see the process through my eyes and understand that today’s problems can’t be solved if we stay stuck in yesterday’s funding allocations.

ELGL: How do you respond to critics who argue that budget decisions are purely political and trying to make them rational is a waste of time?

AK: I acknowledge that budgeting is an inherently political exercise.  The job of civil servants is to increase what I call the “Outcome Quotient,” which is the percentage of budget decisions that are based on priority, performance, and rational analysis, versus political pressure.  Outcome Budgeting helps by bringing data and evidence into budget discussions.

ELGL: We often think that only larger cities have the willingness and resources to approach budgeting through a different lens. How can your work benefit smaller cities looking for a different approach?

AK: I listed several big cities that sought our advice about Outcome Budgeting, but some of the earliest adopters of Outcome Budgeting were smaller cities.  Fort Collins, CO, Redmond and Bellevue, WA, Roanoke, VA, and Savannah, GA come to mind. Getting the most out of Outcome Budgeting requires a culture change, which is where smaller cities have an advantage, since there is less distance between leadership and front-line employees.  Outcome Budgeting doesn’t have to be resource intensive, for several reasons: 1) It starts with strategic planning and performance measurement work that is already going on in most cities, 2) You don’t need to buy fancy software, 3) You can get help from community volunteers, who would love to have more say about the city budget, and 4) You don’t have to go through the full process every year – in fact, I would advise against it.

ELGL: For the city manager or budget director who reads this article and wants to give Outcome Budgeting a try, what is your advice for how to get started?

The building blocks of Outcome Budgeting are ownership, outcomes, and services.

Ownership – If city leaders don’t already see the urgency of budgeting differently, you will need to make a case for change.  Showing that the city is not getting the results it wants while budgets remain largely static can be compelling.

Outcomes – A prerequisite for Outcome Budgeting is a set of citywide ambitions, such as Better Schools, Safer Streets and Stronger Neighborhoods – and indicators for measuring progress.  Don’t get carried away, though. Budgeting is about prioritizing the use of limited resources.

Services – Services are the unit of analysis in Outcome Budgeting, and defining them well is important.  Each service should have a discrete purpose, clear lines of accountability, performance measures, and a budget.

Coming soon: An excerpt from from City on the Line