Broomfield Assistant City and County Manager James Becklenberg holds a degree in Public Administration from Indiana University and a Master of Public Administration degree from the University of Kansas. Becklenberg’s career spans over 20 years and includes experience in five different states. He began his career as an intern in Bloomington, Indiana and complimented that with a second intern experience at Kansas City, MO.

After serving as the Assistant to the Public Works Director in Lenexa, KS and the Budget Manager in Fremont, CA he accepted a position as the Deputy City Manager of Pacific Grove, CA in 2006. In 2012 Becklenberg made the move to Colorado and took on the duties of an Assistant City and County Manager in Broomfield, CO. The duties of Assistant City County Manager include responsibility for information technologies, finance, the clerks offices, court administration, and property assessment.

Becklenberg has a background in finance, risk management, information technology and experience shared services facilitation. He was a recipient of the Assistant Excellent in Leadership award by ICMA in 2011 and was also named the Public Official of the Year by the Pacific Grove Chamber of Commerce the same year.

Background Check on the City and County of Broomfield

Broomfield is located along the Front Range of the Rocky Mountains midway between Denver and Boulder Colorado. It is home to a regional shopping mall and an events center, and top-tier companies including Oracle Corporation, Level 3 Communications, Vail Resorts, WhiteWave Foods, Webroot, and Hunter Douglas.  Broomfield is also characterized by its extensive network of open space and trails, which are planned to comprised 40% of the community’s land-value when it is entirely built-out

Broomfield is unique in the world of local government, a community of 55,889 that exists as both a City and County. Over the years growth and annexation had pushed Broomfield into four separate counties, thus fueling a push for it to become its own entity. After a three year transition period following the approval of an amendment to the Colorado Constitution, Broomfield became a County in 2001. As a master-planned community from the start, Broomfrield was intended to be a model City for over 30,000 residents. In 1953 future site of Broomfrield was selected at the convergence of US 87 and the Denver/Boulder turnpike.

….Ride across the county on a Harley-Davidson motorcycle.

Best restaurant in your community:

I had just finished my degree in public affairs and had completed a semester working in Washington, DC.  The most important thing I learned from my time in DC was that I didn’t want to work for the federal government because it felt too large.  My girlfriend (now wife) had a year of school left in Bloomington so I went to live there and approached the Public Works Director, Ted Rhinehart about an internship.  It turned out that I really enjoyed the community aspects of local government, and pursued it as a career. 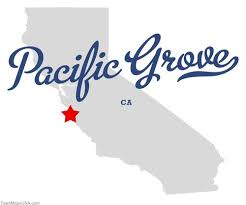 Implementing new financial model and strategies to help Pacific Grove, CA out of dire financial straits. When I arrived in Pacific Grove in 2006, the economy had flattened and was about to suffer the “great” recession.  The city’s auditors had recently quit mid-contract and my first appearance before the City Council included a report that the City had only about half the available fund balance than the Council had been told only months before.  In addition, the City was on track to spend through the remainder of the fund balance during that fiscal year.  Although I am not an accountant, I had to quickly hire auditors and understand the city’s actual financial condition.  Then, working with the City Manager, we developed a five-year financial forecast that enabled the Council to see beyond the immediate year’s horizon and, in combination with some very difficult spending cuts and revenue increases, develop a plan to restore financial health.

Providing primary staff assistance in successful merger of two cities’ fire departments. Financial realities in Pacific Grove had required successive years of budget reductions to all department, and led to serious questions of whether the police and fire departments could continue to ensure basic service levels.  The City Manager and I began discussions with several cities in the area about shared services.  When we looked at where fire stations and other resources were located, without regard for municipal boundaries, the parties involved developed a vision for better fire service coverage for neighborhoods near the borders of both communities.  These advantages, plus the cost savings associated with consolidated administrative services, were compelling enough for Pacific Grove and Monterey to try a merged department model.  It required political courage for the City Councils and lots of detailed analysis and consulting with all potentially affected employees. 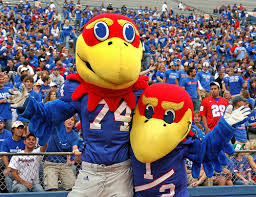 Gaining acceptance to the University of Kansas’ MPA program.  After my first internship in Bloomington, I knew that I wanted to be a city manager and I had heard goo dthings about the University of Kansas’ graduate program emphasis on local government.  So I applied and my application was “wait-listed.”  I didn’t give up and was probably a bit of a pest to the program officials whom I called almost weekly as the fall semester neared to check the status of my application.  I was finally accepted to the program just before the semester started.  I think I appreciate the program and the degree more because of this experience.  It was also a good reminder to never give up!  Graduate school was key in opening up the city management world to me.

Give us a couple things to be careful of while advancing up the local government career ladder.

Appearing as though advancing up the career ladder is more important than the work; focus on the work and advancement will happen.

Be the one to take the notes for meetings.  He/she who takes the notes writes the history of what happened!

Ron Norris (retired Public Works Director when I worked in Lenexa, KS) demonstrated openness as a person to all questions and dimensions of leadership and management.

Don’t miss the big stuff – in either realm.  Our work demands almost 24/7 availability, but usually affords a measure of flexibility in how we use our time.  I try to make sure that work commitments (key events and meetings) are met and then use flexibility at other times to be present for family events and needs.

(Complete the sentence) Local government is…… Local government management is a privileged opportunity to develop leaders and improve communities, which is where life happens for most people.

ELGL is hosting its second annual conference in October, help us out by suggesting three topics of speakers we should include.

Be passionate about local government.  Express a willingness to learn and do anything necessary to serve the organization. Be humble and prepared with examples of what you have learned, especially through projects and personal challenges that have not gone well, more than telling what you know. Smile and show a (professional) sense of humor!

More shared and cooperative services, especially in the public safety and human services areas, and collaboration regarding economic development.

Yes, if they are interested.  However, my encouragement would come with full disclosure of what they may encounter.

Congratulations to the 2011 Annual Award Recipients